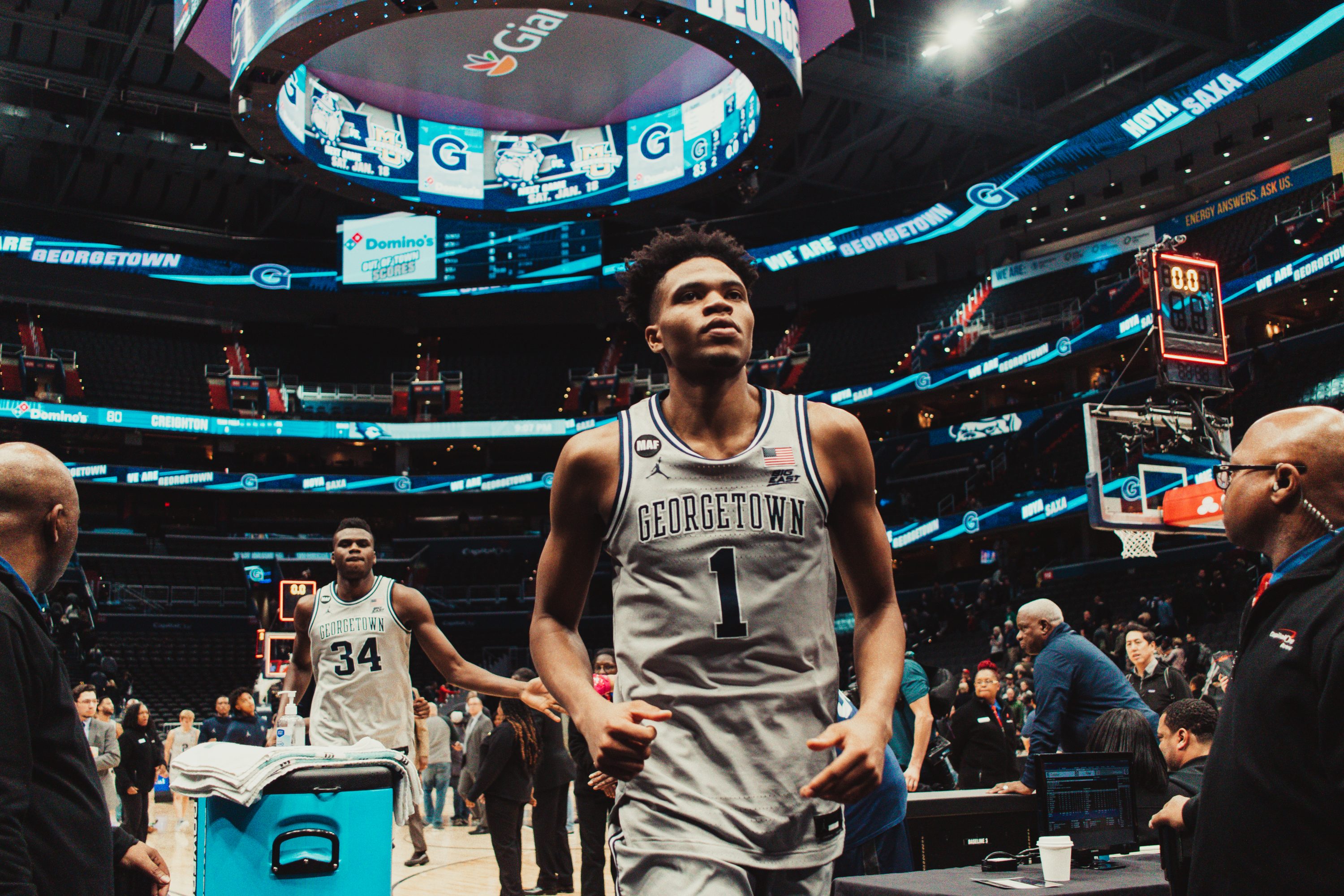 The Georgetown men’s basketball team dropped a frustrating 69-64 decision at home to No. 16 Butler on Tuesday evening. Taking advantage of the visitors’ miscues in the opening stages, the Hoyas raced out to an 11-point halftime lead. However, their offense vanished after the intermission, and the Bulldogs climbed their way back into the game via the scorching shooting of senior forward Sean McDermott (25 points, 7-of-10 from three). Georgetown’s two leading scorers, sophomore guard Mac McClung and senior center Omer Yurtseven, combined to go 1-for-15 from the field after halftime.

“We got good shots – we didn’t make them,” Georgetown Head Coach Patrick Ewing said. “The first half we were getting stops, our defense was fueling our offense, and in the second half that wasn’t the case.”

The Hoyas (12-9, 2-6 Big East) deserved a lead when their much-maligned defense manufactured a pair of early turnovers, but none came as they missed four straight field goals after a McClung pullup opened the scoring. With McClung resting and junior forward Jamorko Pickett waylaid with two fouls, the Bulldogs (17-4, 5-3 Big East) pushed in front upon cobbling together a few tough baskets underneath. However, a layup spun off the glass by graduate guard Terrell Allen revived the offense, and two transition baskets finished off a tidy 6-0 GU run.

Butler navigated a spell without junior guard Kamar Baldwin, their leading scorer, thanks to 3-pointers from junior forward Jordan Tucker and McDermott, but their turnovers would soon catch up to them. The visitors ceded seven steals to the Hoyas across 12 first-half giveaways, and the Blue & Gray had 17 points on the ensuing possessions. McClung drilled a three off of a Yurtseven offensive rebound but was pegged back by McDermott, who in turn was answered by an Allen three to restore the nine-point advantage. Steals by McClung and Allen led to two more transition layups as the Hoyas threatened to create an unclosable gap. Another Tucker three meant the visitors’ deficit stood at 11, 43-32, at the break.

Baldwin had just one point after scoring two first-half points in Saturday’s overtime win over Marquette. Ominously, he would finish Saturday’s game with 31. The first-half outputs of Allen (nine points, five assists) and Wahab (8 points on 3-for-3 shooting) were certainly promising, but the story of the early goings was Butler’s ineptitude. Jordan’s team, which had 12 field goals and 12 fouls, hardly looked the part of a nationally ranked squad.

Needless to say, the Bulldogs managed a complete 180 after the intermission. Sophomore center Bryce Golden took it to Yurtseven for two quick baskets, including an and-one, before Baldwin and McDermott took over.

On nearly identical back-to-back possessions, Baldwin effortlessly sliced through a high hedge and found McDermott behind the arc when help defense arrived. McDermott had 11 with three triples in a devastating 14-2 run that gave Butler the lead and knocked the wind out of Capital One Arena. Yurtseven was getting caught out of position repeatedly, while Wahab sat on the bench.

“To me, Omer is our best player,” Ewing said.  “I want to play Qudus more, but sometimes he makes good plays on one end, and I don’t see it at the other end. He can score, but my questions with him are mostly defensive.”

The Hoyas would creep within four after a trey from sophomore guard Jahvon Blair, but then underwent a three-minute scoring drought when they couldn’t afford one. Mosely and Blair came up aces with crucial threes to knot the score with just over four minutes remaining, but Butler managed a backbreaking second-chance layup at the end of the shot clock.

Ewing came out of the under-four timeout in a 2-3 zone look, and Georgetown was able to force two Baldwin misses, though he converted on two free throws after a fortunate foul call a third time down. The Hoyas would again tie the game thanks to a Mosely layup and subsequent Yurtseven steal and free throws despite a questionable missed goaltending call not going their way.

Locked at 64 with less than a minute remaining, McDermott set a pick for Baldwin and then drifted behind the 3-point arc, canning a cold-blooded three. Mosely had an equally open look seconds later, but misfired. From there, Bulldog free throws set the hosts on their way to a third straight conference loss.

“We got them to take tough shots,” Ewing said. “We have to make enough plays if we’re going to win, the way our ballclub is right now.”

The final stats on this one are jarring. Georgetown shot 33.3 percent overall on the evening, including 7-for-33 after halftime. Junior forward Jamorko Pickett, the team’s third-leading scorer, was held without a point on 0-for-7 shooting. The Hoyas made one of their last ten shots and missed their last five attempts. On the bright side for the Hoyas, Georgetown was plus-14 with the once-overlooked Blair on the floor.

Ewing did not mince words about his stars’ performances.

“Mac and Omer have to shoot better than they did tonight. If we’re going to be successful, if we want to go the places we’re going to go, those guys have to do a better job.”

Georgetown returns to play against St. John’s (11-3, 1-3 Big East) on the road at 1 PM on Sunday in New York. The game will be televised on CBS with live stats available at guhoyas.com. Follow @GUVoiceSports on Twitter for coverage and coverage of all winter sports on the Hilltop. 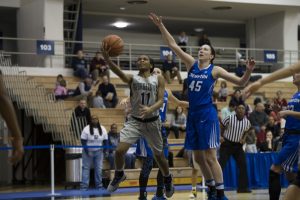 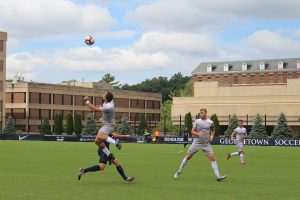