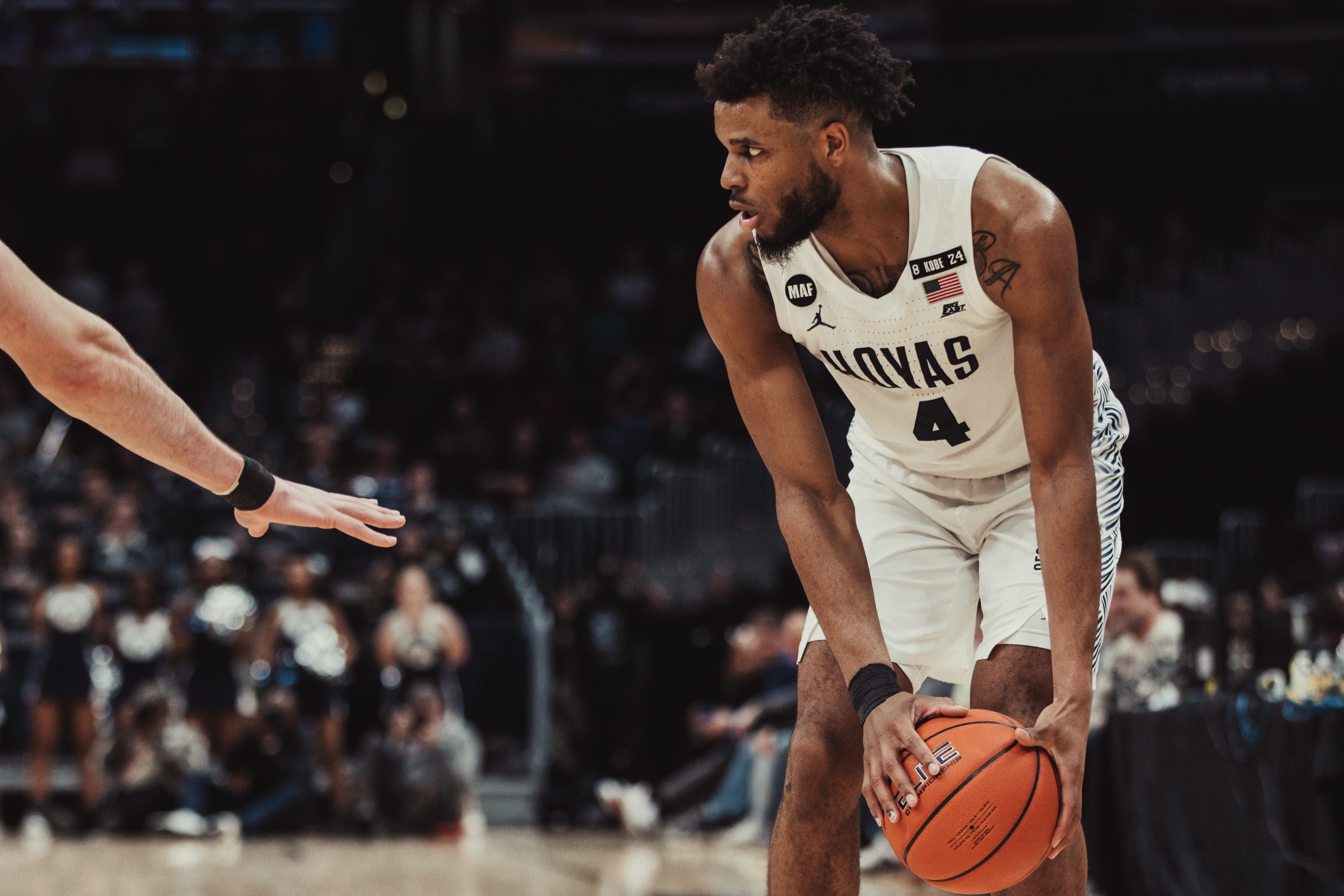 Photo by John Picker/The Georgetown VoiceThe Georgetown’s men’s basketball team opened their game against No. 12 Seton Hall without sophomore guard Mac McClung, one of their leading scorers, and it showed. They didn’t hit a basket until they were down by 16, about two minutes into the game. And even once the Hoyas (13-10, 3-7 Big East) scored, Seton Hall did not let up. Senior guard Myles Powell led the Pirates (17-5, 9-1 Big East) in scoring with 34 points en route to a 78-71 Seton Hall victory.

Georgetown Head Coach Patrick Ewing, speaking at the post-game press conference, was pleased anyway. Even with a six-man rotation, he said, the team had played well.

“Even though we lost, I’m proud of my team,” Ewing said. “We kept our composure, kept chipping away.”

Ewing granted that his six-man rotation will cost his team, however. “It’s going to wear on you,” he said. “But that’s sports.” 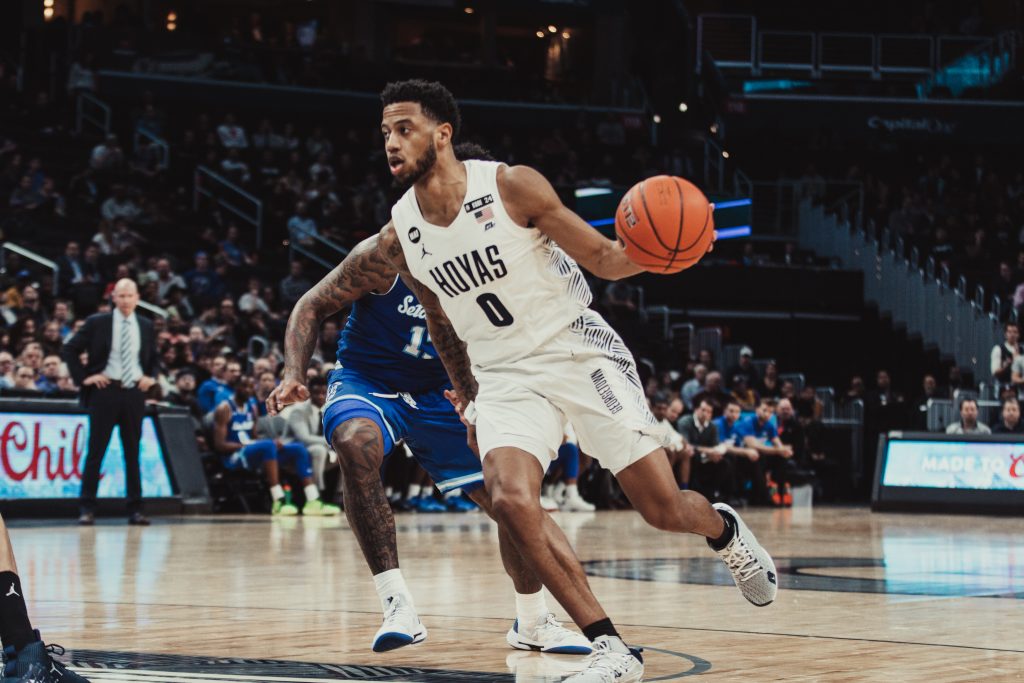 Photo by John Picker/The Georgetown VoiceThe Blue & Gray entered halftime only down 10, and they emerged from the locker room on a roll. Two minutes later, the deficit was down to three after a layup from senior center Ömer Yurtseven, a 3-pointer from senior guard Jagan Mosely, and a layup and-one from junior guard Jahvon Blair. The Pirates responded, however, with a three from Powell and then a layup. Before long, the deficit was back to 11.

Ewing acknowledged Powell’s performance readily, though he said that the entire Seton Hall team had contributed to their victory. “You have to take your hat off to him—he played a great game,” Ewing said. When Powell has led the Pirates’ scoring, which has happened 15 times this season, Seton Hall has won 12 times and lost three.

With about two minutes left, the Hoyas were down by only four. Powell, for his 31st and 32nd points of the night, sliced through the Hoya defense on his way to the basket. He scored his layup but missed the free throw that followed.

Georgetown’s spirit seemed deflated from then on, and the next two minutes proved disappointing for Hoya fans. Yurtseven scored again, but the Pirates responded in kind each time. The game ended with Seton Hall on top, 78-69. 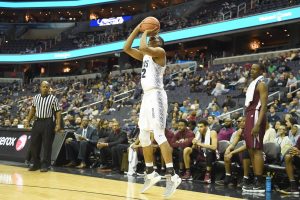 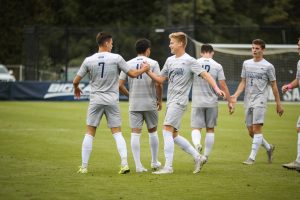