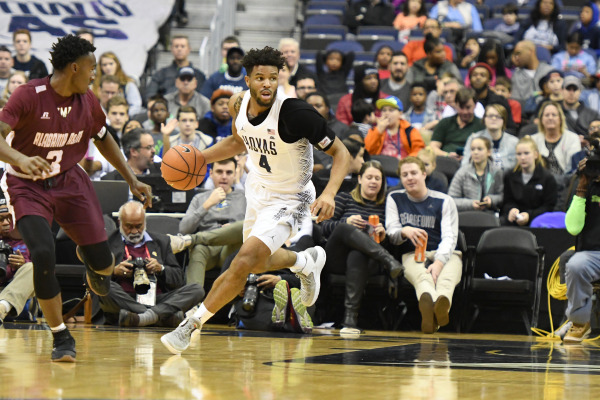 On Wednesday, the Georgetown men’s basketball team (10-1, Big East) will take on the Butler Bulldogs (10-3, Big East) at Capital One Arena. The game tips off Big East play for both squads, who will look to get off to good starts.

The Hoyas are coming off a 89-49 drubbing of Alabama A&M (0-13, SWAC) on Saturday afternoon. This was the biggest margin of victory thus far for Georgetown, and a solid end to non-conference play. The game was somewhat of a coming-out party for freshman forward Antwan Walker. Walker did not play against Syracuse or North Texas due to coach’s decision, but scored 16 points on 6-7 shooting on Saturday. With the dismissal of freshman center Chris Sodom, Walker will be asked for more meaningful minutes. Sharpshooting freshman guard Jahvon Blair also added 13 points.

Last Thursday, Butler cruised to a convincing 107-46 victory over Western Illinois (7-4, Summit) at home. The Bulldogs poured in 18 3-pointers in that game and won the rebounding battle 41-28. Senior forward Kelan Martin and sophomore guard/forward Henry Baddley scored 20 points, while junior guard Paul Jorgensen added 18. Butler’s non-conference record is not as pristine as Georgetown’s, but all three of their losses (at Maryland, vs. Texas, vs. then-No. 17 Purdue) came against Power Five opponents.

Georgetown’s undisputed leader this season, junior center Jessie Govan, had a relatively quiet game against Alabama A&M, scoring 11 points with 7 rebounds. Govan has been pouring in the double-doubles this year, and is averaging 19.0 points and 12.1 rebounds per game. However, most of the teams that the Blue & Gray have faced did not have the size necessary to effectively match up with Govan. The Bulldogs, however, have the 6-foot-10, 240 lb. junior center Nate Fowler. Though Fowler is only averaging 5.9 points and 3.0 rebounds per game, it will be interesting to see how he battles with the 6-foot-10, 270 lb Govan.

In addition, the Hoyas will have to figure out how to stop Butler’s 3-point barrage. Thursday, they shot an outrageous 18-31 (58.1 percent) from beyond the arc. Jorgensen, with a percentage of 43.9, is Butler’s most reliable 3-point shooter.

After finishing up non-conference play against weaker opponents, both teams will have to turn up the intensity as Big East play begins. Tip off is set for 6:30 p.m. ET, and the game will be broadcast live on Fox Sports 1. It can also be streamed on Fox Sports Go. Follow @GUVoiceSports for game day updates and breaking news. 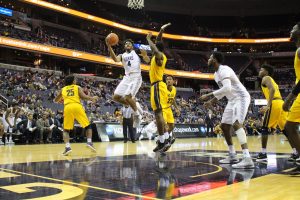 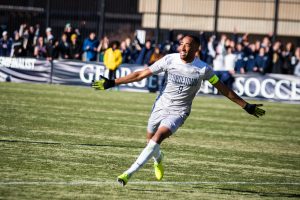