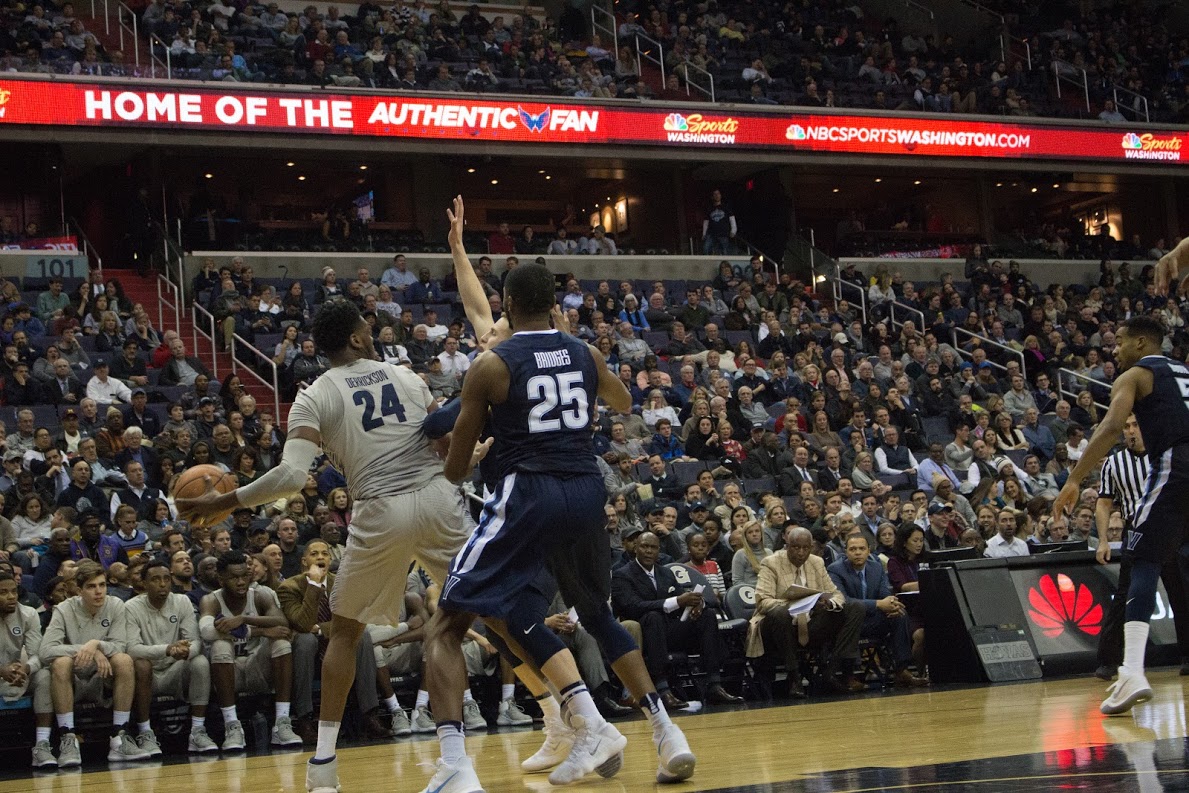 On Wednesday, the Georgetown men’s basketball team (13-6, 3-5 Big East) will take on the DePaul Blue Demons (8-11, 1-6 Big East) at the Capital One Arena. The Hoyas and Blue Demons currently sit at eighth and ninth, respectively, in the Big East standings, so this should be an evenly played game.

The Hoyas last took the court on Saturday, when they defeated the St. John’s Red Storm (10-10, 0-8 Big East) by a score of 93-89 in double overtime. This was the third overtime game at Capital One this year for Georgetown, but the first victory. The Georgetown victory also completed a season sweep over the Red Storm. Freshman guards Jahvon Blair and and Jamorko Pickett had breakout performances with 15 and 16 points, respectively. Pickett’s 16 was a career high, as were his nine rebounds, while Blair knocked down several clutch 3-pointers down the stretch. Junior center Jessie Govan was limited down the stretch, as he had already committed three personal fouls by halftime, but he was still able to put together 16 points and eight rebounds, including the 500th of his collegiate career.

The undisputed star of the game, however, was junior forward Marcus Derrickson. With 15 seconds left in the first overtime, the Hoyas were down 78-74 when Derrickson was fouled on a three point attempt, draining all three as if he had ice water running through his veins. Then, after Shamorie Ponds missed one of his free throws, Derrickson proceeded to nail a long, contested three near the top of the key, sending the game to double overtime. Derrickson only had 11 points during regulation, but added 16 in the two overtimes for a career-high 27 points along with 11 total rebounds. This marked his fourth double-double on the season.

Eventually, the Hoyas pulled away in the second overtime. Two clutch free throws by sophomore guard Jagan Mosely with one second remaining sealed the victory. Ponds put together a monster game, racking up 33 points, eight assists, and six rebounds, but in the end it wasn’t enough to send the Red Storm home happy.

DePaul, on the other hand, is on a three game losing streak during which the Blue Demons have lost by an average 15 points per game. Most recently, they lost 79-67 at home to the Butler Bulldogs (14-7, 4-4 Big East). Junior guards Max Strus and Eli Cain played every minute of the game and scored 27 and 14 points, respectively. Nobody else on DePaul, however, scored in double figures. Unfortunately for the Blue Demons, the Bulldogs’ combination of senior forward Kelan Martin and sophomore guard Kamar Baldwin proved too strong. The duo scored a combined 42 points on an efficient 12-21 shooting.

Like St. John’s, DePaul will have a chance for revenge this Wednesday. Back on January 2, the Hoyas stole a 90-81 victory in Chicago. In that game, Derrickson and Govan combined for 49 points and 19 rebounds, while Strus had a balanced 19 points, five rebounds, and five assists. In the rematch, head coach Dave Leitao will likely try a different defensive approach against Georgetown’s big men.

A big X-factor for this game is the availability of DePaul’s senior center Marin Maric. Maric missed the last game against Butler with a left knee sprain, and it is unclear whether or not he will play on Wednesday. He has been a starter for Leitao, and in the first game against the Hoyas, he scored 18 points with five rebounds. At 6-foot-11 and 240 pounds, he also presents a physical challenge for Govan on both offense and defense. If Maric does not play, it could be an ideal opportunity for Govan to bounce back with a big game.

Tip off is set for 8:30 p.m. ET, and the game will be broadcast live on Fox Sports 1. It can also be streamed on Fox Sports Go. Follow @GUVoiceSports for game day updates and breaking news. 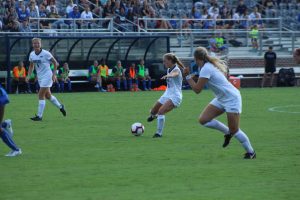 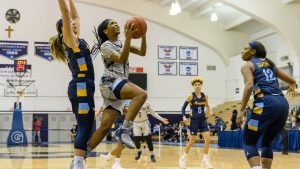 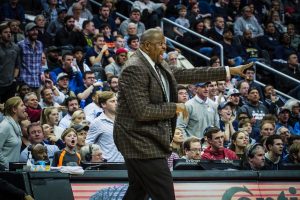