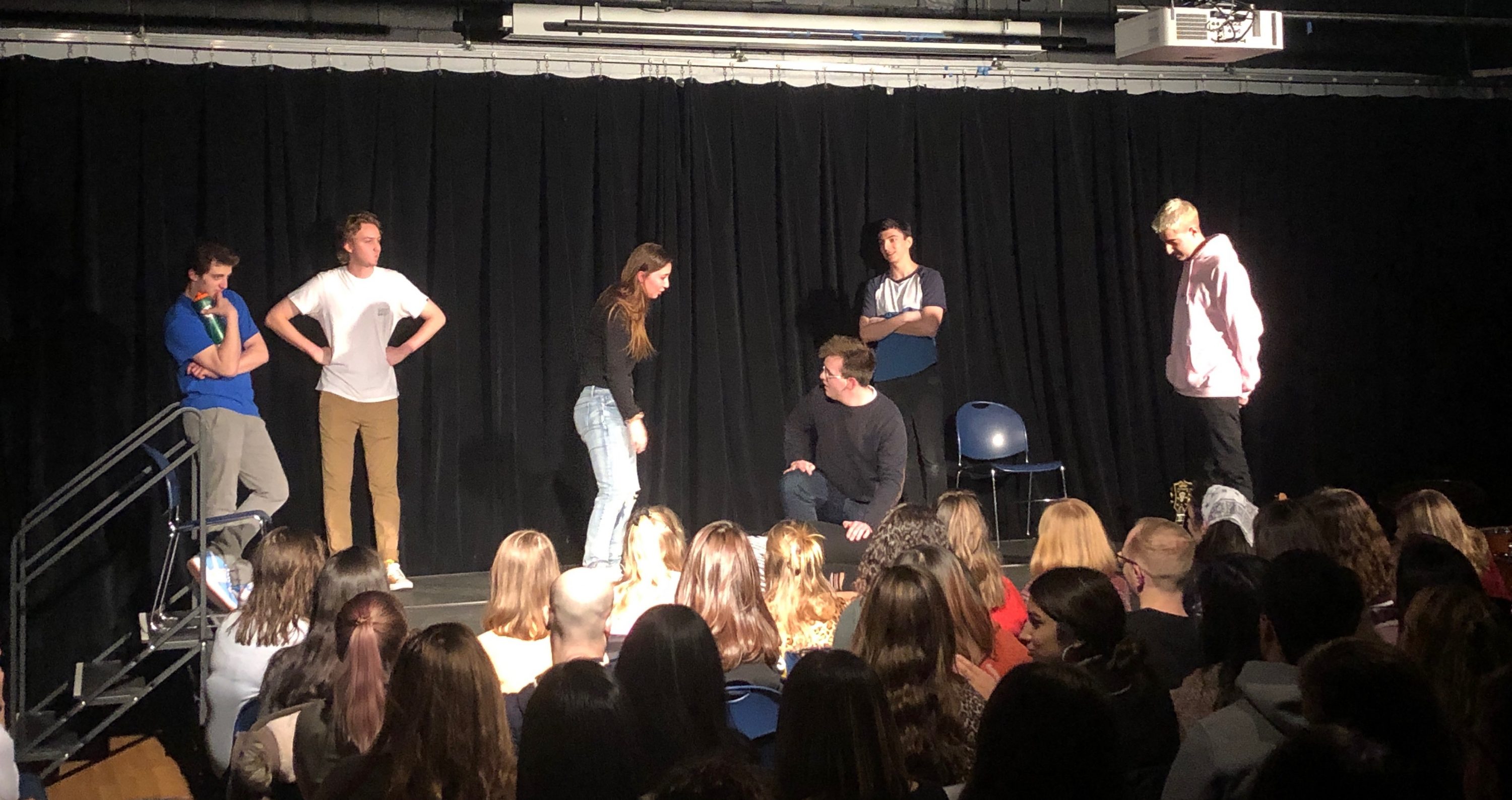 Each year, the Georgetown Improv Association (GIA) hosts Improvfest, a showcase of sorts that brings collegiate improv teams from all around the DMV and country to Bulldog Alley. The event is a two-night engagement, with different improv groups staging their own 20-minute sets before a closing performance from GIA at the end of each night.

This year’s Improvfest, the event’s 24th iteration, was an absolute blast. Performances on Friday, Feb. 7 started off strong with Georgetown’s own GUerrilla Improv, a troupe that has been on campus since 2015. The group regularly puts on free shows for the community and holds open practices each Sunday. They presented a few quick improv games and told jokes about ACT scores, setting a surprising college-entrance-exam-related tone for the whole festival. GUerilla really delivered, cracking jokes that had the audience laughing constantly. The energy they created in the space continued through the performances of the subsequent visiting teams: AU Improv, Columbia University’s Third Wheel Improv, Duke University Improv, GMU’s Mason Improv Association, and the Whethermen from the University of Virginia.

Though Brown University’s Improvidence wasn’t able to make its scheduled second-night set, the participating out-of-town teams all shone brightly. The Whethermen, from University of Virginia, were the event MVPs, taking Improvidence’s spot in addition to their own to perform hilarious sets on both nights, even though they were only slotted to perform on Friday. Groups presented a plethora of short-form games—like “Sex With Me,” in which a team takes audience suggestions and uses the format “Sex with me is like (suggestion)….” to come up with quippy one-liners.

While each group presented a few unique games, many were widely used by multiple teams involved, like “Pan Left, Pan Right,” in which four improvisers stand in a square, and pan left or right when the host requests. Each pairing within the square receives an audience suggestion for their scene—and each time two people are in the front of the square, they perform based on that suggestion.

Perhaps the most impressive performances, though, were the ones in which teams presented long-form improvisation. In this type of performance, pairs and small groups created scenes based on audience suggestions, and other improvisers could tag themselves in and begin another scene related to the word provided. Teams took suggestions from the audience and made them into many scenes at first, building upon their original concepts to bring the scenes together into a more coherent joke or story. The Whethermen managed to morph the many scenes they created from the suggestion “strawberry” into a complex, nearly novel-like plot in which every character connected with one another. Characters from disparate scenes about strawberry farms and teens addicted to eating strawberry candies ended up meeting at a market. The performance was an ultimately satisfying and hilarious experience due to the cohesion it found in the end, and the Whethermen made it happen seamlessly. On the second night of the festival, GIA also presented its own long-form improv. They, like the Whethermen, seamlessly incorporated these scenes one into the other—joking about topics from former presidents to SAT test-taking. GIA delivered quick bouts of comedy that had the audience roaring with laughter.

Some other entertaining games involved performers cueing each other to break into freestyle rap or to present an “Oscar winning moment” in a monologue form. All in all, every team’s presence on Bulldog Alley’s stage brought forth laughter and fun. The festival is a must-see event in years to come for its fast-paced but well-done improvisational comedy.

GU IMPROV: A light in the darkness 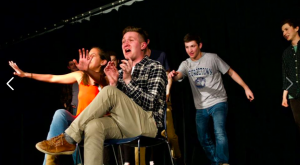 ImprovFest Charms with Wit and Talent