Father of All… Miscellany: Green Day’s New Album is Experimental, yet Lacking Direction 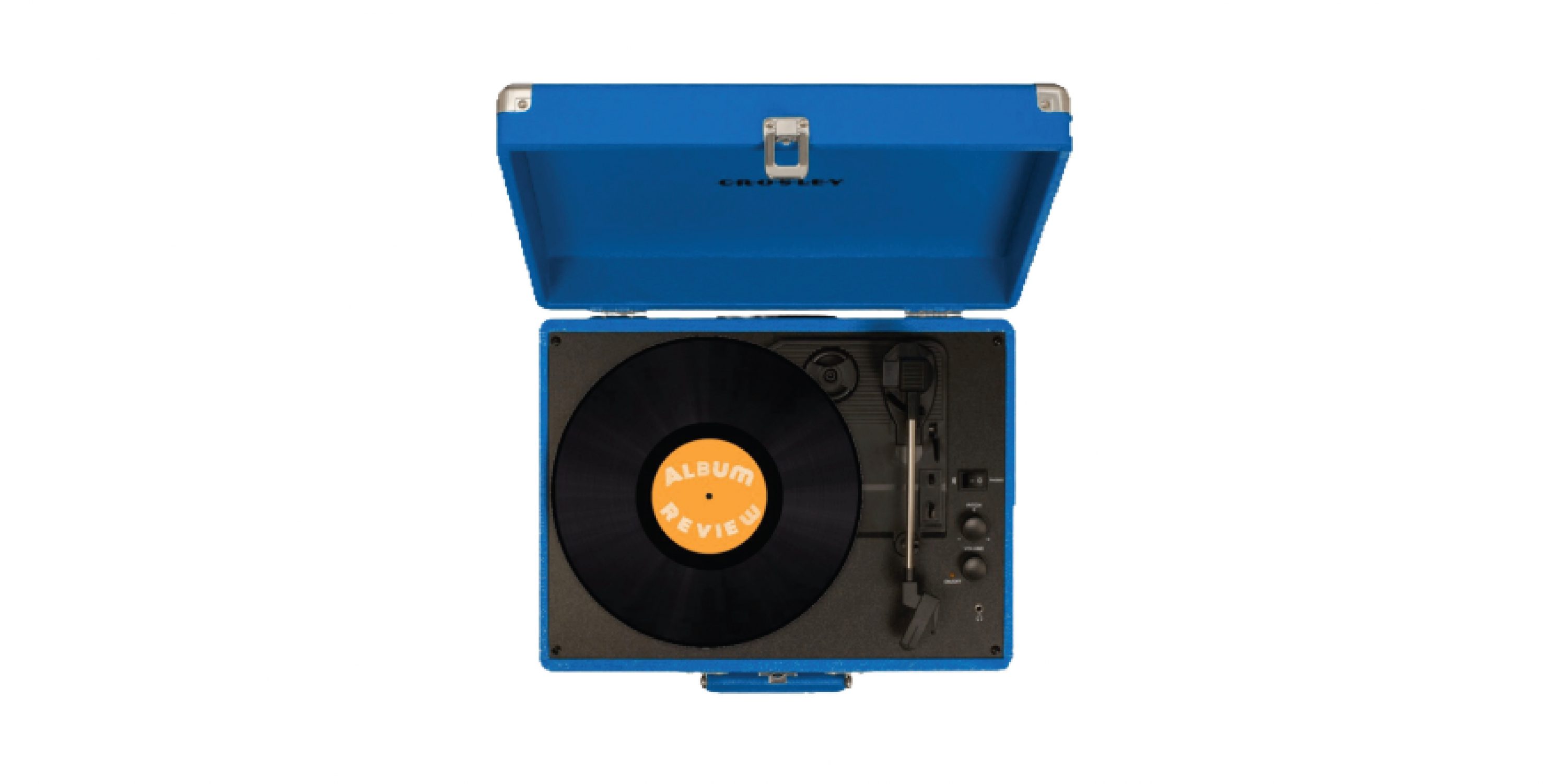 Just like its censored title, Father of All… (as opposed to Father of All Motherfuckers), Green Day’s new album feels oddly restrained and polished for punk rock. The band’s 13th studio album is their shortest yet, offering a sweet taste of rebellion condensed into 10 energetic songs. Father of All Motherfuckers (2020) feels transitional in style, as each song samples from different influences and music genres, but still feels very much within the Green Day style of punk rock anthems. “I wanted to go to where the source was and see if I could put [soul] through the Green Day filter,” lead vocalist Billie Joe Armstrong said. Lyrically, the band mixes political activism with easy to digest sugar-pop choruses,. Critics might cynically call the album a commercialized betrayal of their prior raw insurgence, but with the long career of these musicians, it feels more like an anthem of growing up.

The album splits between traditional punk rock songs, such as the title track, “Father of All…”, and more experimental songs that push past the traditional Green Day sound. The first track on the album, “Father of All…”, offers a catchy pop-rock cadence that continues the angst of past albums without motivation in the lyrics. Since most lines are generic and do not reference current events or emotional reactions to modern blights, the cries for upheaval in the lyrics sound less genuine than past songs. “Hurry up ‘cause I’m making a fuss,” Armstrong sings, and alongside the repetitive lyrics, it does sometimes feel like the song is making a fuss with no substance. It is a great song to headbang to, but there is no clear message that comes out. The band stated they wanted to avoid targeted political messages, but in other songs, such as “Graffitia,” they deliver far more effective and poetic lyrics by using specific examples to illustrate their point. One potential take away from “Father of All…” is the threat of climate change as Armstrong warns, “I’m possessed from the heat of the sun.”

“Fire, Ready, Aim” and “Take the Money and Crawl” both have clever titles and driving beats that lead the songs into their best parts: the chorus. The lyrics continue to play on idioms, and the choruses give renewed anger and purpose to the album that “Father of All…” lacks as an opener. “Fire, Ready, Aim” mixes in higher background vocals of oohs and aahs that don’t mix well with the grungier production on the main vocals, and this juxtaposition feels strange, not intentional. Additionally, the song is in the same key and a similar tempo as “Father of All…”, which is the one point of the song order that drags out the album. “Take the Money and Crawl” succeeds lyrically in conveying the thesis of this album: nostalgia with a punk edge. This Motown-inspired song reeks of desperation and nihilistic apathy. Armstrong asks, “Do I dare say ‘please’ when I’m on my knees?” These desperate lyrics resonate with generations of people down on their luck. Cutting lyrics and punk melodies elevate this song, but it lacks any additional factor to differentiate its tone.

Two darker tracks that deliver reminiscence on youth in every lyric are “I Was a Teenage Teenager” and “Junkies on High.”  “I Was a Teenage Teenager” describes adolescence as “full of piss and vinegar.” The dissentient chorus complains about teendom, but it doesn’t glamorize or sensationalize it. The gripes of “living like a prisoner” sound like the overdramatic relatable laments of a very normal teenager, instead of the memoir of famous rock stars. “Junkies on a High” also delivers a relatable apocalyptic emotion, as Armstrong and the listener sit back and “watch the world burn.” It’s distinctly modern, with highly filtered electronic vocals singing over the bass line, and this diverts from the rest of the album.

Father of All Motherfuckers struggles with the pacing of songs. Both songs, “Junkies on High” and “I Was a Teenage Teenager,” suffer from repetitive lyrics, and this makes them feel more drawn out and boring than the rest of the album. One quicker rock song is “Sugar Youth,” Armstrong sings of being a loser. However, the song is so short, it barely makes a lasting impression. “I don’t wanna be a Romeo,” he protests, one of the quick expository lyrics that deliver the “sugar fix” that the song promises, standing in juxtaposition with the longer songs. Three songs of relatively uniform length would give the albu better pacing, instead of the unexpected timing differences between songs.

The second half of songs on the album sample older songs or simply are inspired by genres outside of Green Day’s niche. “Stab You in the Heart” is a violent revenge song that you could shimmy to because it sounds right out of the Grease (1978) soundtrack or possibly a punk reworking of Elvis Presley’s “Blue Suede Shoes.” “Gimme my stiletto gonna do some surgery,” Armstrong’s bluesy voice rings out. It’s a song about infidelity and murder, and yet it manages to stay in the realm of rock and roll with a grooving guitar solo and rising melodic lines. These songs keep the thematic sentimental quality, singing about heartbreak in “Stab You in the Heart” and finding love in “Meet Me on the Roof”.

“Oh Yeah!” also sticks to rock, but its synth-driven chorus is different than the traditional Green Day. The title “Oh Yeah!” references the sampled Joan Jett track, “Do You Wanna Touch Me (Oh Yeah),” in the song. With call and response in the chorus, it seems like an easy selection for the band’s upcoming tour. Harmonizing melodic polyphonic guitar lines create an aethereal pre-chorus, and then all the backing drops out except for the percussion in the chorus, creating a powerful contrast. While the guitar, bass, drums set up seems familiar to Green Day’s history of rock, the upbeat positivity of the instrumentation is really the tonal change on this album. The song’s lyrics, however, contrast with its optimistic melody. Lines like, “Burning books in a bulletproof backpack,” convey political commentary with poetic delivery. The track offers poignant criticism and pessimism while musically, maintaining a positive tone.

The most pop-like song on the album, “Meet Me on the Roof,” borrows a doo-wop beat and gives the song a unique swing character. The lyrics are just as fluffy as the three chords that repeat throughout the song, but at nearly the halfway point in the album, it’s refreshing, with carefree falsetto background vocals and a bass solo that captures the sixties soul that Armstrong sought. The last refrain has acapella barbershop backing that creates a special retro feel as if this song is part of the band’s autobiography.

“Graffitia” is the best song of the album. Perhaps this is a factor contributing to the success of the article—as the last song, it’s a sweet reward for listening to the proceeding tracks. “Graffitia” feels more true to Green Day than any other song on this list, and yet successfully incorporates the cheery tone that helps some of their more experimental tracks. It opens confidently, with a snare and a driving percussive beat that remind listeners Green Day is ultimately still a rock band. In the background, vocal percussion adds a human element to the drums, without taking away from the instrument. The song is catchy from the moment the guitar chords start vamping.

“Another one down at the mining town,” Armstrong starts the first verse, talking about Rust Belt factories closed in the 1980s. Every line in this song feels intentional, not just pop fodder. Even the chorus cries out an unanswerable query: “Are we the last forgotten? Are we the long lost love?” The second verse discusses racial prejudice in the Chicago police, and the ramifications: “Another black kid was shot in town.” The mixture of broken piano chords in the bridge, compared to the powerful homophonic percussive guitar part in the chorus, and the overlapping vocals in the outro create a complex web of sound. Yes, the major key sounds cheerful, but as it fades out on the percussive “sh-kah”s, the tone is nuanced, reflective, and melancholy. With an album that swings from angry punk to bizarrely upbeat pop hits, “Graffitia” achieves the perfect balance between serious lyrics and a new hopeful musical quality.

While this album’s quality fluctuates throughout, perhaps the whole thing should be taken with a grain of salt. Some fans have speculated that the brevity and variety of the album are due to the fact that this is the last album in Green Day’s deal with Warner Bros, and this album serves as a metaphorical “fuck off” to the label, in length and in content. Fans may hope that with their new creative freedom, Green Day may release new music without restrictions, but for now, Father of All Motherfuckers is not a bad album. It’s simply inconsistent. With the number of musical influences and styles sampled, there’s certain to be one good song for everyone. Just, maybe, save that one song and ignore the rest. 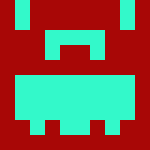 More: Father of all Motherfuckers, Father of All..., Green Day 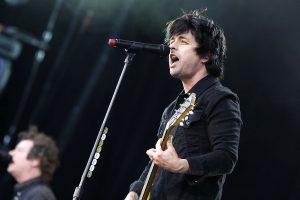