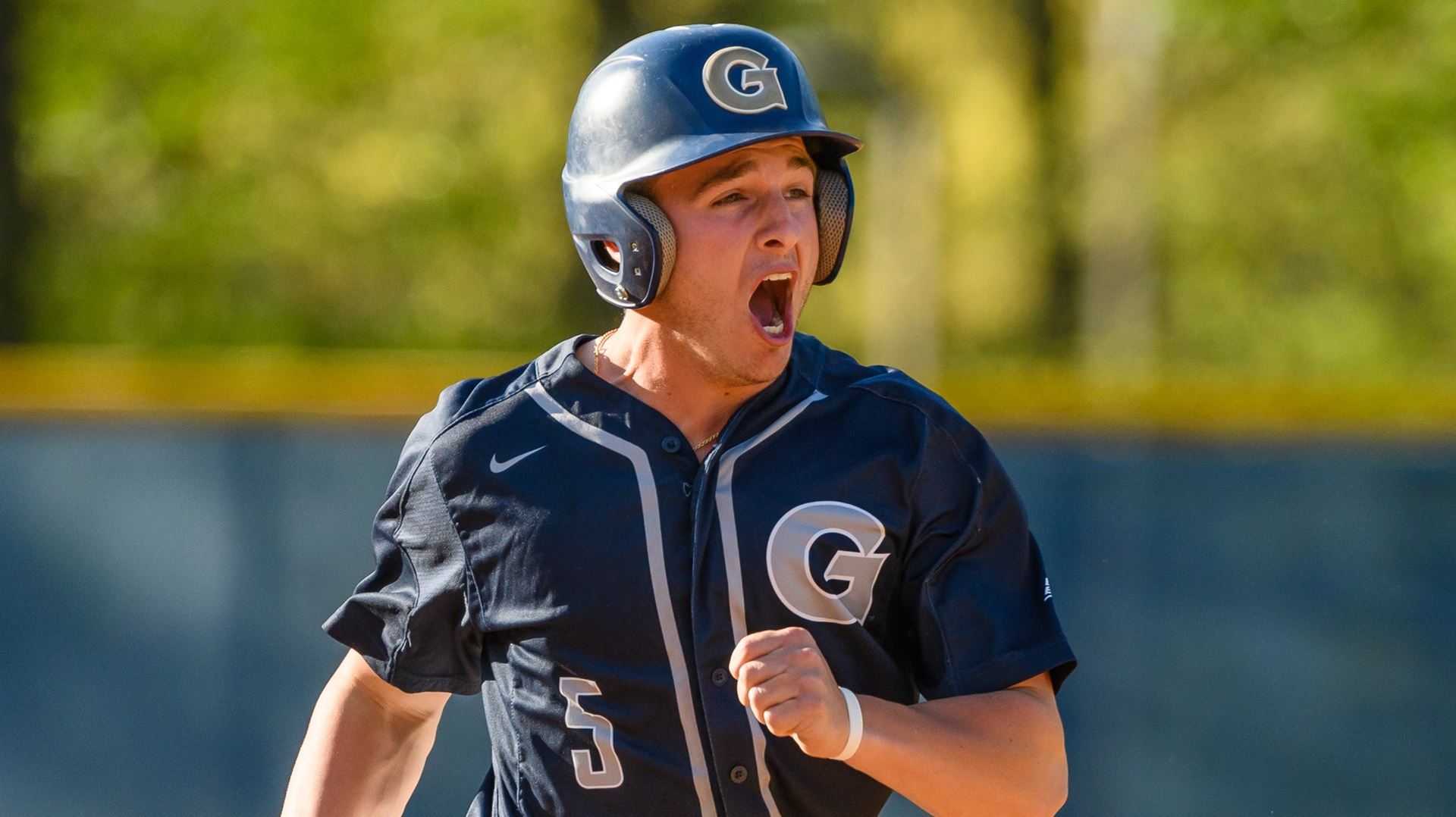 The Georgetown Hoyas baseball team (2-6, Big East) defeated Maryland Eastern Shore (1-6, Mid-Eastern) 7-4 on Wednesday afternoon in a midweek away game in Salisbury, Maryland. The victory came after being swept by Davidson (7-1, Atlantic 10) in a three-game series over the weekend. Out of the gates, the Hoyas scored in the top of the first to gain a lead they did not relinquish for the entire game, a welcome sight after the offense struggled over the weekend, only producing six runs over three games against Davidson. On the mound, sophomore left-hander Jack Weeks started the game for the Hoyas. Weeks pitched a seven-inning gem, retiring the first 16 Hawks he faced while giving up a lone hit and being charged with a single unearned run.

In the top of the first, sophomore second baseman Nolan Matsko and junior third baseman Eddie McCabe reached on walks, and were brought home on a single by senior first baseman Freddy Achecar III and a subsequent error on the center fielder to open up the scoring. Weeks got rolling early, and worked through Maryland Eastern Shore’s lineup with ease, sitting down all nine starters.

In the top of the fourth, senior center fielder Ryan M. Davis singled to lead off the inning. He went on to steal second and third, for stolen bases two and three on the year. A patient at-bat by senior right fielder Will Salomon resulted in a walk, which put runners at first and third for sophomore catcher Tony Barreca. Barreca laid down a squeeze bunt which was picked up by Hawks’ starting pitcher sophomore right-hander Keith Carpenter, who fired to first, allowing Davis to score from third. After Salomon advanced to third on a wild pitch and Carpenter issued another walk to sophomore shortstop Alex Rosen, the Hoyas once again had runners at first and third. Georgetown decided to repeat what had just worked. The leadoff hitter and the designated hitter for the day, senior John Simourian, set up for a squeeze. The bunt was the second out of the inning and Salomon came down the line to score, bringing the Hoyas’ lead to four.

The next half inning, Carpenter was replaced by freshman right-hander Noah Covington. Unfortunately for Covington, on a wild series of events, McCabe reached on a throwing error by the Hawks’ shortstop, then advanced to second on a throwing error by Covington, and subsequently advanced to third on a failed pickoff attempt. After Maryland Eastern Shore did all the work to bring McCabe just 90 feet from home, Achecar III singled up the middle to score McCabe home for this second RBI of the game.

In the bottom of the sixth, Maryland Eastern Shore finally broke through with their first run of the game. Freshman Ryan Howe, who was pinch-hitting for sophomore catcher Tyler Woodward, walked with one out to give the Hawks their first baserunner of the game. After a single by junior designated hitter Andrew Revels, Howe advanced to third. A passed ball by Hoya catcher Barreca allowed Howe to race home, making the score 5-1. Georgetown responded in the next half inning with Achecar III’s third RBI of the game on a single that scored McCabe.

With Hoya starter Weeks out of the game after seven stellar innings, Maryland Eastern Shore threatened in the bottom of the eighth. After a double by sophomore first baseman Marcus Brown led off the inning, freshman third baseman Chris Martin singled to center to bring Brown home. After popouts by Howe and freshman second baseman Cory Joyce, Revels walked. The next batter, junior shortstop Dillon Oxyer, doubled to left, scoring Martin and Revels, cutting Georgetown’s lead to just two runs. Georgetown tacked on an insurance run in the top of the ninth when a single by Barreca scored Achecar III from second with two outs. In the bottom of the frame, Maryland Eastern Shore quickly got two runners on after two walks. However, sophomore Miller Freeman entered the game with no outs and runners on first and second for the save opportunity. He induced flyouts to right from Brown and Martin, followed by 4-6 grounder to get the force at second ending the game, and earning his first career save.

In a game defined by the dominant start from Weeks, Georgetown’s offense also came through in clutch situations. Over the upcoming weekend, the Hoyas head to Richmond, to face Richmond (2-6, Atlantic 10) on Friday, followed by VCU (5-3, Atlantic 10) on Saturday afternoon. The squad then travels towards the coast to face William and Mary (3-5, Colonial) in Williamsburg, the next day. For continuing coverage of all Georgetown sports, follow @GUVoiceSports on Twitter. 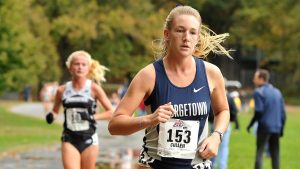 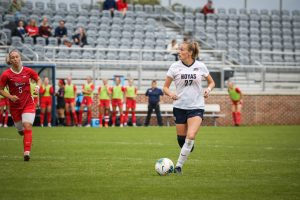