Rebecca Cox, the founder and CEO of Project Olas, was inspired to create Project Olas after moving by herself to Seville, Spain for two years when she was 16. Cox described the difficulty of building connections with people in a foreign setting. “What I realized was after the language barrier was gone there was still a different barrier there,” she said.

According to its website, Olas’ mission is to “provide an income generating opportunity for women from vulnerable Central American communities.” By connecting American students with mothers in Central America through WhatsApp, students will be able to practice their listening and speaking skills through conversations with native Spanish speakers they often can’t get in the classroom, Cox says. To further this aim, Project Olas seeks to build partnerships with Georgetown professors and NGOs on the ground to create an immersive and individualized curriculum for its students.

As an ESL tutor during the school year, Cox works with recently-immigrated families from Central America. She described the value of not only speaking Spanish but also learning about Central American culture as a way to communicate and build bridges with the families. “Coming from this background of understanding that cultural differences are super important, it’s really helped me to form a bond with them,” Cox said. “I think it’s something that a lot of students here would value.”

By involving other universities and high schools across the country, Cox has expanded Project Olas beyond Georgetown. The long-term goal for Project Olas is to continue to establish themselves as a nonprofit or social impact venture, strengthening their impact within and beyond the Georgetown community.

“It’s super cool to see other people getting excited about this idea,” Cox said. “I’m really encouraged by the fact that a lot of other people see the use in it and want to help me see it through.” 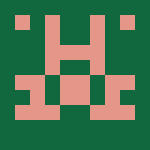 On The Pandemic: The dangers of the news using war metaphors