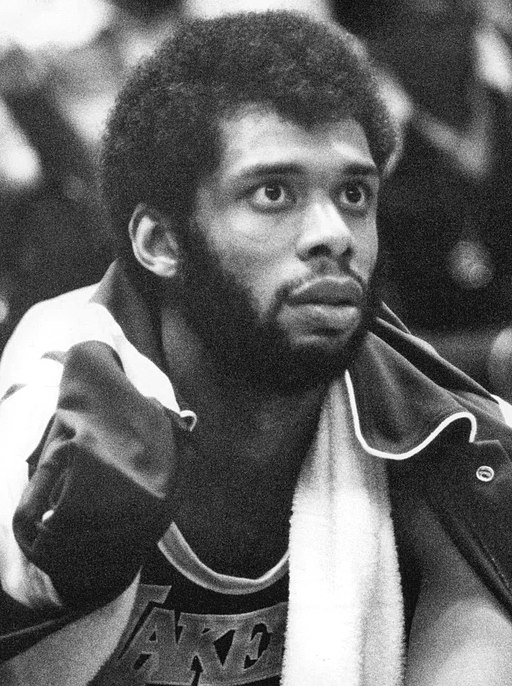 Cassius Clay, Lew Alcindor, and Chris Jackson may not be familiar names to most Americans or even to sports fans. However, it is undeniable that most if not all sports fans would recognize the names Muhammad Ali and Kareem Abdul-Jabbar, and more devoted fans of basketball would recognize the name Mahmoud Abdul-Rauf. All three were African-American professional athletes that converted to Islam fairly early in their lives and were heavily involved in activism and social justice issues. To me, this is no coincidence. Islam is a religion with a message of peace, self improvement, and charity towards those in need, which can also encompass social justice causes. For these three athletes who are conscious about the way the world operates, social justice causes were extremely important, especially due to the oppression that they faced for rejecting more common religions in the United States for Islam. All three discovered that Islam was a religious identity that gave them inner peace and purpose in life, and their strong faith helped them to stay firm in their actions and beliefs amidst criticism from a mostly white fanbase and media.

In many ways, Muhammad Ali was a trailblazer for prominent athletes and was one of the first to become involved in racial and religious issues. Born as Cassius Clay, he became an American hero at the 1960 Olympics in Rome and started his professional boxing career shortly thereafter. Boxing was not the only interest that a young Clay had. He grew interested in and eventually joined The Nation of Islam, as it gave him and many other African-Americans “the opportunity to follow a religious and social doctrine that was a potential source of self-esteem, whilst simultaneously promoting greater political and cultural self-determination”. He changed his name to Muhammad Ali in 1964 and used his Islamic faith to speak out on racial and political issues. Ali was called up in the draft for the Vietnam War, but refused to serve in the US army due to his religious and political objections to the war, immediately resulting in the World Boxing Council stripping him of his title.

As Timothy Reed wrote in his peace profile of Ali, his “internal dialogue would not allow him to disregard his loyalty to his faith”, meaning that according to his beliefs in Islam, he could not support or take part in a war that he believed was imperialistic. In the words of David Remmick, Ali “would not kill Vietnamese on behalf of a government that barely recognized the humanity of his own people”. This is certainly reminiscent of the Prophet’s call to use war only as a last resort, and Ali’s faith grounded him in these teachings. However, Ali still had an open mind when it came to his affiliation with the Nation of Islam. Ali was heavily influenced by Malcolm X, and he agreed with Malcolm X’s conclusion that indictments of entire races were not appropriate.

Ali was thought of as a militant Islamist because of his anti-establishment views and his brash style in boxing. The white members of the media further substantiated these ideas by disparaging him and refusing to call him by the correct name. Yet, Ali was grounded in his faith in Islam, and his movement away from the Nation of Islam’s more extremist rhetoric represented personal growth. In 2016, Abdul-Jabbar cited Ali as an inspirational figure, a “pious pioneer testing America’s purported religious tolerance”. To Abdul-Jabbar, “it was the man of principle who was truly [his] role model”.

Muhammad Ali wasn’t the only influence on a young Lew Alcindor. Through his own introspection, Alcindor found certain parts of Christianity, including views on sexuality and conversion, to be inherently contradictory and limiting. After entering a Sunni mosque in Harlem during the summer of 1968, Alcindor became acquainted with Hamaas Abdul Khaalis, who helped teach him how to “practice Islam within an American culture full of sex, alcohol, materialism, corruption, and racism”. Khaalis emphasized that the universality of Islam superseded any militancy, though he was also encouraging of black pride. Alcindor was already an established superstar in college basketball, leading the UCLA Bruins to three national championships in his four years there. He was the consensus number one draft pick, and most thought that Alcindor was living a successful and fulfilling life. However, it was his Islamic faith that “lent Alcindor order and purpose, a path through clouds of bitterness and doubt,” according to Aram Goudsouzian.. In 1968, he professed the shahada, and Khaalis renamed him Kareem Abdul-Jabbar.

Fans and the media did not take kindly to Abdul-Jabbar and his dominance at the professional level. Goudsouzian wrote that they considered him “basketball’s big, black villain” who “acted rude to reporters and fans, and cashed fat paychecks”. In reality, Abdul-Jabbar simply refused to subscribe to “expectations of deferential black athletes, dictated by an older generation of the sports media”. Unfortunately, this was perceived by the white public as defiant and ungrateful for the opportunity to play professional basketball. Nevertheless, Abdul-Jabbar followed a similar path to Malcolm X and Ali by distancing himself from the Nation of Islam, arguing that “it contradicted the teachings of the Prophet Muhammad” and that “Islam was a universal religion”. Slowly, other fans began to recognize Abdul-Jabbar’s remarkable commitment to Islam. One letter to the magazine Sports Illustrated commented that “the fact that [Abdul-Jabbar] believes so strongly in his religion that he faces personal harm because of it exemplifies the kind of man he is”. In short, Islam gave Abdul-Jabbar a sense of spiritual purpose and was such a powerful and important aspect of his life that he stood strong in his beliefs. Today, Abdul-Jabbar is outspoken about social issues, and his conversion to Islam helped shape his beliefs that Americans should be treated equally, no matter their race or religion.

Initially, Chris Jackson did not get as much publicity as Ali or Abdul-Jabbar. Jackson was a fine professional basketball player for the Denver Nuggets in the early 1990s. Unlike Abdul-Jabbar, he was never an All-Star, nor did his team win any championships in the NBA. Perhaps that is why Jackson faced little scrutiny for quietly converting to Islam in 1991. Even when he changed his name to Mahmoud Abdul-Rauf, fans were receptive and referred to him by his new name. In a 1994 interview, Abdul-Rauf commented that “through basketball, I get a little peace. And through Islam, I get total peace”. Like Ali and Abdul-Jabbar before him, Abdul-Rauf found solace and comfort in the universal appeal of Islam. He did not face as much backlash or even questioning for his conversion, but fans would be critical of some of his other views and actions.

Abdul-Rauf was already an extremely thoughtful person when it came to issues of race in America as well as international geopolitical issues. By 1995, Abdul-Rauf made the decision that he would not stand when the national anthem was played before NBA games. He explained that he did so because he believed that the American flag was historically a symbol of oppression and tyranny to people all across the world. Not only did basketball fans and the media vilify him, even some Muslim-American spokespeople sought to distance themselves from him. Because many Americans associate Islam as an “eastern” religion, Abdul-Rauf received hate mail that included people telling him to “go back to Africa”, despite his Mississippi roots. Many fans threatened to boycott Denver Nuggets games if the team did not trade or release Abdul-Rauf, and he was not offered a contract to return to the NBA.

Nearly all sports fans can recognize the parallels between Abdul-Rauf’s situation and that of Colin Kaepernick, the former San Francisco 49ers quarterback who hasn’t appeared in an NFL game since 2016. Kaepernick also was not offered the opportunity to return to the NFL after he peacefully protested police brutality during the national anthem by taking a knee. This sparked strong backlash from President Trump, and NFL commissioner Roger Goodell made no effort to stand up for Kaepernick’s right to protest. Kaepernick still has not been signed despite having a 4:1 touchdown to interception ratio in his final active season.

After the brutal murder of George Floyd on May 25, 2020, people all across the world came together to protest police brutality and other institutions that perpetuate racism, issues that Kaepernick was attempting to address four years ago and Ali was trying to address more than forty years ago. Athletes have been at the forefront of these protests, demanding legislative change and using their platform to highlight the stories of so many African Americans that have been oppressed over the four hundred year-long history of this country. They are carrying on the torch that Ali, Abdul-Jabbar, and Abdul-Rauf lit. In the cases of Ali, Abdul-Jabbar, and Abdul-Rauf, it is no coincidence that their Islamic faith played an important role in framing their beliefs on social justice issues. Though Kaepernick is not Muslim, his message aligns well with the universal message of Islam, and his activism shows the important role that athletes can play as we witness a historic juncture of American history. 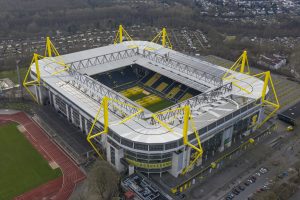 The Return Of The Bundesliga: Matchday 26 recap

what does an illiterate kiddy diddler have to do with basketball? Nothing.