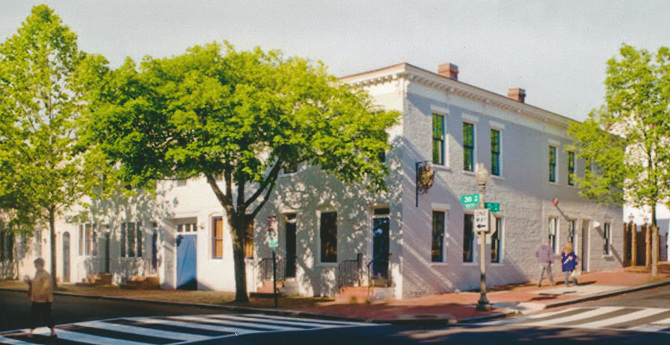 CW: This article discusses allegations of sexual assault and harassment.

In a rare move, the GUSA Senate called an emergency meeting the night of June 29 to rewrite a piece of legislation passed the day before.

The bill, which condemns the appointment of a Georgetown alum to the position of alumni ambassador for the Class of 2020 and demands he be removed from that position due to “sexual misconduct, promoting a toxic work environment, and other inappropriate behavior,” was passed by voice vote. The ambassador withdrew from the position of their own volition on June 30, according to a statement from a university spokesperson.

“No complaints have been filed against him with the Title IX office or the Office of Student Conduct and he graduated in good standing,” the statement read.

GUSA’s initial bill, passed the night before, included the name of the ambassador in question. Following the meeting, according to Speaker Daniella Sanchez (COL ’22), GUSA was contacted by university officials, including from the Center for Student Engagement and the university’s legal team, who advised the former ambassador should not be named in the legislation, as it could open the students up to legal action.

GUSA does not tend to call students out by name in legislation, choosing instead to condemn certain actions on campus. The possibility of opening GUSA up to a suit, according to Sanchez, led her to advise the Senate to reconsider the legislation to focus on condemning the appointment rather than the ambassador themselves.

The former ambassador was appointed to the position by the Office of Advancement on June 22. During the debate, members of GUSA mentioned that students have raised concerns over past allegations of sexual misconduct and creating a toxic work environment when the individual was the CEO of GUAFSCU and the CFO of the Hilltop Microfinance Initiative (HMFI). The Voice has not independently confirmed any of those allegations.

At the June 29 meeting, the legislation, which had not yet been signed by the president, was reconsidered by the Senate and amended to remove any mention of the ambassador’s name, though it still includes identifying information such as their on-campus positions. Additional amendments included removing a phrase asserting the university did not take any disciplinary action against the individual, as the detail could not be confirmed, and adding a clause specifying the name of the individual was only omitted at the university’s suggestion.

While senators voted in accordance with the university’s request, many expressed frustration that the name was removed and indicated they would have been willing to fight a lawsuit if it came to that.

Sen. Lily McGrail (COL ’21) said she understood why the amendments to remove the name had to be passed, but she felt the Senate’s hands were tied. “I wanna emphasize to the whole Senate how therapeutic it is to survivors to sexual assault to be able to name publicly the person who sexually assaulted them,” McGrail said. “I just want to emphasize how much that really silences survivors but also us as a representative organization of the student body.”

“It sickens me that we gave this autonomy to survivors and are taking it away from them 24 hours later.”

After the list of ambassadors was released on June 22, students drafted an open letter on June 23 to the Office of Advancement, the Alumni Association, and the Office of Student Affairs. The letter called for the immediate removal of the ambassador from their position and was the basis for the GUSA resolution.

The letter argued that it was Georgetown’s duty to support survivors by preventing students with histories of alleged or confirmed sexual misconduct from becoming class ambassadors. “To have him as an ambassador – and therefore a part of the Class of 2020’s legacy – is an insult to all whom he has hurt, and to all the work survivors like the Black Survivors Coalition have put into urging that the University take action to ensure the safety of all Hoyas,” the letter reads.

“If Georgetown wishes to support its entire student body and work to dismantle the harmful misogyny and rape culture that exists on campus and around the world, it MUST remove [the ambassador] from this program, apologize for the insensitivity of this action in the first place, and enforce measures that would make the repetition of such a situation impossible.”

A staff liaison from Georgetown’s Office of Advancement responded to some concerns by students shared on Instagram with a comment saying the ambassador role is “open volunteer” and that all alumni are welcome to become a class ambassador.

A statement from a university spokesperson echoed this, adding that “each class committee has a number of leadership chair positions that are determined based on voting by classmates. All class ambassadors are expected to adhere to and uphold Georgetown’s code of conduct in their service as a volunteer.”

Under Title IX law, universities cannot terminate the employment of a student accused of sexual assault or prevent their participation in school-related activities before the process is adjudicated.

In both versions of the resolution and the debate, the issue at hand was placed in a broader context of what members of GUSA see a failure to support survivors of sexual assault from Georgetown.

The GUSA resolution echoes the letter’s demands in addition to advocating for Georgetown to expand its resources available to survivors of sexual assault. It calls for the university to expand the Women’s Center, the Title IX Office, the Sexual Assault Peer Education Program, the LGBTQ+ Resource Center, and Health Education services and reiterates the demands of the Black Survivors Coalition in supporting Black femme and non-binary survivors.

Sen. Lucy Sonsalla (SFS ’23) introduced the bill at the June 28 meeting and argued that Georgetown granting a position to the alum suggests that the university does not consider sexual misconduct a serious issue. “A big issue for survivors is the feeling that they aren’t open to report things,” she said. “That sends a message to our students that Georgetown is okay with having somebody accused of sexual assault represent our students.”

Title IX Coordinator Samantha Berner encouraged any survivors to report sexual misconduct through the university’s formal reporting structures, which can be found below.

“Over the past decade, the University has developed a strong framework with staff, policies, processes and resources dedicated to protecting our community and responding to allegations of misconduct by supporting those impacted and providing a fair process for investigation and adjudication of complaints,” Berner wrote in an email statement to the Voice.

“A critical part of our deep and unwavering commitment to supporting survivors and eradicating all forms of sexual misconduct is ensuring we have a fair and just grievance process that serves all parties equitably, seeks truth and justice with fair outcomes, and treats the parties as humanely as possible.”

The university’s comment did not respond to concerns of overreach in GUSA.

This post was updated to reflect the ambassador was appointed by the Office of Advancement.

Shaming someone without evidence of a crime is a crime in itself. If you need to name a person, discuss that in therapy. Therapy is what cures. Not naming someone. I say it as a survivor myself.