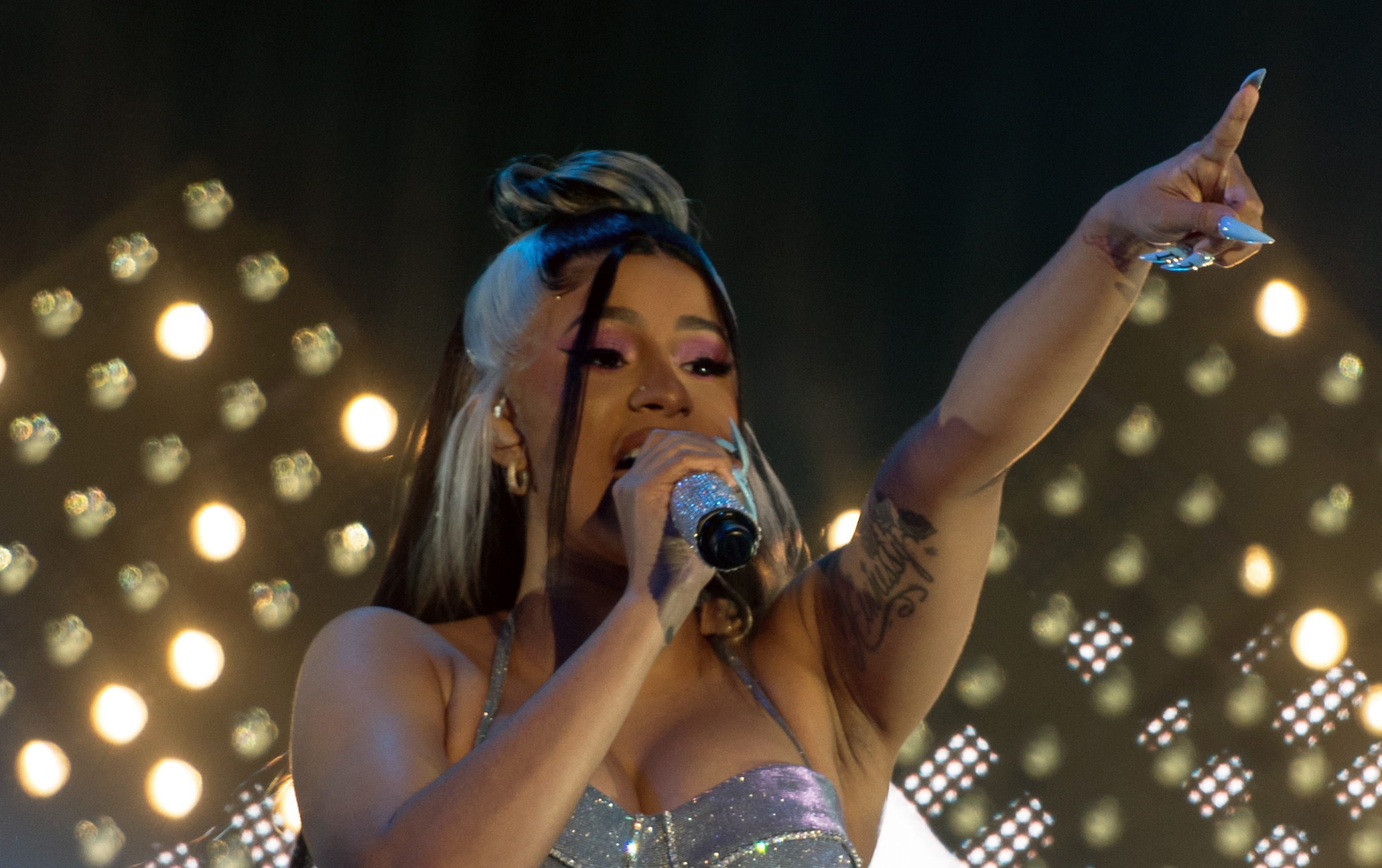 Cardi B and Megan Thee Stallion’s new female sexual empowerment anthem, “WAP”, is certainly a hot topic of conversation. The song, whose acronymic title stands for “wet ass pussy,” has garnered a range of reactions, from overtly misogynistic accusations of hypersexuality and inappropriate lyrics, to scientific praise from gynecologists, to a frankly absurd nine-minute video from conservative reply guy Ben Shapiro in which he proves he knows nothing about either rap or women.

For what it’s worth, I like the song, and the critiques of it are barely hidden attempts to gatekeep music from Black women more than they are artistic qualms. But the quasi-elusive title of the song offers a second form of entertainment—imagining what could have been.

The track begins with gentle sobbing, as Cardi B and Megan Thee Stallion slowly reveal through a series of remorseful verses that the song was originally meant to be a collaboration between three artists, one of whom was both musically and literally consumed by the others. Though the song itself provides little explanation for how the misfortune occurred, no questions are asked of the two women, whose body of work far surpasses the now-ingested rapper. The music video is played as a tribute at next year’s Grammys.

Inexplicably, the informational jingle procured by diaper brand Huggers from the pair reaches far beyond the intended audience of potty-training toddlers. Lyrics such as “streams in the bowl, there’s some streams in this bowl,” and “wipe it up, kid, wash your hands” can be heard chanted across the globe. At least three B-List actors attempt to create shows entirely spun off the song.

A floaty, experimental track uncharacteristic of its artists, this song tells the story of a cat who wakes up one day with the knowledge of all of existence, and his subsequent journey to find solace. When later asked about the inspiration for the song, both Cardi B and Megan Thee Stallion smiled peacefully, saying simply “the truth must be sung.” Five years later, the two women share the seat of power in a worldwide government, and are seemingly always two steps ahead of both those around them and nature. That detail may or may not be connected to the song.

An honest examination of the experience of many first-time smokers, this frantic track casts the two singers as its titular substances. Megan Thee Stallion opens with a verse that starts in any town’s poorly-lit parking lot and ends at Taco Bell. Cardi B brings the party, ramping up the night until you’ve almost forgotten Stallion was on the track. Finally, the two combine in a chaotic and spiraling set of disjointed verses. Not exactly a hype up song, the track has been described as “too scarily accurate to be played in public.”

Upbeat and inquisitive, this track follows the two women as they attempt to discover the source of anteater vomit in their backyard. While the bars begin playful and light, the song begins to turn dark as the women get more frustrated, and clearly upset at the owner of the culprit. Lines such as “Out in public, make a scene,” convey the anger of the second half of the track, which ends with one long primal scream from Cardi B upon discovery of said anteater.

A classic rap track with a hint of foreboding, this song features Cardi B and Megan Thee Stallion expertly explaining warning signs in a relationship. Each artist explains one scenario before the two join in on the chorus, warning women everywhere that their boyfriend is about to make a big mistake. The scenarios, which the pair say are drawn from their own experiences, include receiving a box of chicken nuggets for an anniversary present and coming home to a newly-purchased bee hive.

In this four-minute-long diatribe on the Godfather franchise, the two artists ask more than just “why Al Pacino,” instead taking on the entire genre of mafia movies that dominated the 1980s. The final two minutes of the song are devoted to the recently released film, The Irishman (2019). “Give us everything you got, why Al Pacino,” Cardi B raps, referencing the movie’s three-and-a-half-hour runtime.

A reaction to the off-putting tendency of white women to post Instagram stories in support of causes and then never do anything else, this track highlights the shortcomings of social media activism. Between well-aimed hits at the fragility of white liberals, the pair advocate for a more sustainable form of activism.

This lackluster feminist anthem begs its listener to acquiesce to one simple belief; that women are, in fact, human beings. Portrayed by many in the media as having a “divisive” and “radical” message, the track features declarative statements such as “we deserve rights” and “we aren’t worse than men, at least.” Using monotone voices at a medium speed, Cardi B and Megan Thee Stallion express the normalcy of their message in unimpassioned, but well-delivered, verses.

More explanatory than is typical of either artist, this track describes the origins and processes of growth for the popular root vegetable. The end features a rap battle between the two women about the superior form of fry—Cardi B’s defense of curly fries won out.