In early July, D.C.’s homicide rate gained attention as the murder count for the District exceeded 100 people. That number was 23 percent higher than the homicide count in D.C. at the same time in 2019, prompting a press conference from the Metropolitan Police Department (MPD) Chief Peter Newsham.

“I think it’s disturbing to all of us to be over 100 homicides at this point in the year,” Newsham said at the conference.

Newsham suggested surging gun violence was to blame for the spike, adding about 50 percent of people arrested for homicide in 2018 and 2019 had a prior gun charge. The murder rate in 2019 was the highest it had been in over a decade.

This year’s spike in homicide follows a set trend in the District, where homicide has been on a steady rise since 2017. According to MPD’s crime data comparison charts, as of Sept. 24 of this year,  D.C. saw an overall decrease in crime by 19 percent from the same period in 2019. Despite this overall decrease, homicide has increased by 13 percent. At this time in 2019, there had been 126 homicides, and as of Sept. 24, there have been 142.

According to MPD’s crime map, four of the eight wards have seen an increase in homicide over the same period from the last two years, and five have seen a decrease in overall crime.

Ward 2, where Georgetown is located, Ward 4, Ward 5, and Ward 6 have all seen an increase in homicides, with the biggest difference in Ward 6, where murders increased by ten people. All the wards have seen decreases in overall crime except for Ward 4, which has seen an increase, and Ward 7, which has not seen a change in overall crime. While Ward 8 has seen an overall decrease in crime, it has not seen a change in homicide count. In the last year there have been 61 murders in the ward, the same amount of murders from the year prior.

Overall, this last year has seen 23 more murders than the year before. While these increases have been highest in Ward 6 and Ward 2, MPD recently, and historically, has increased police presence in Wards 7 and 8.

Annabella Hoge
Annabella is a junior in the college who enjoys wearing bucket hats, eating tacos and talking about being from Los Angeles. She is also the executive news editor. 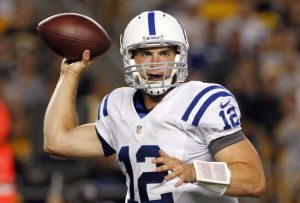