With “Title IX for a New Generation” class canceled in the spring, students reflect on its influence 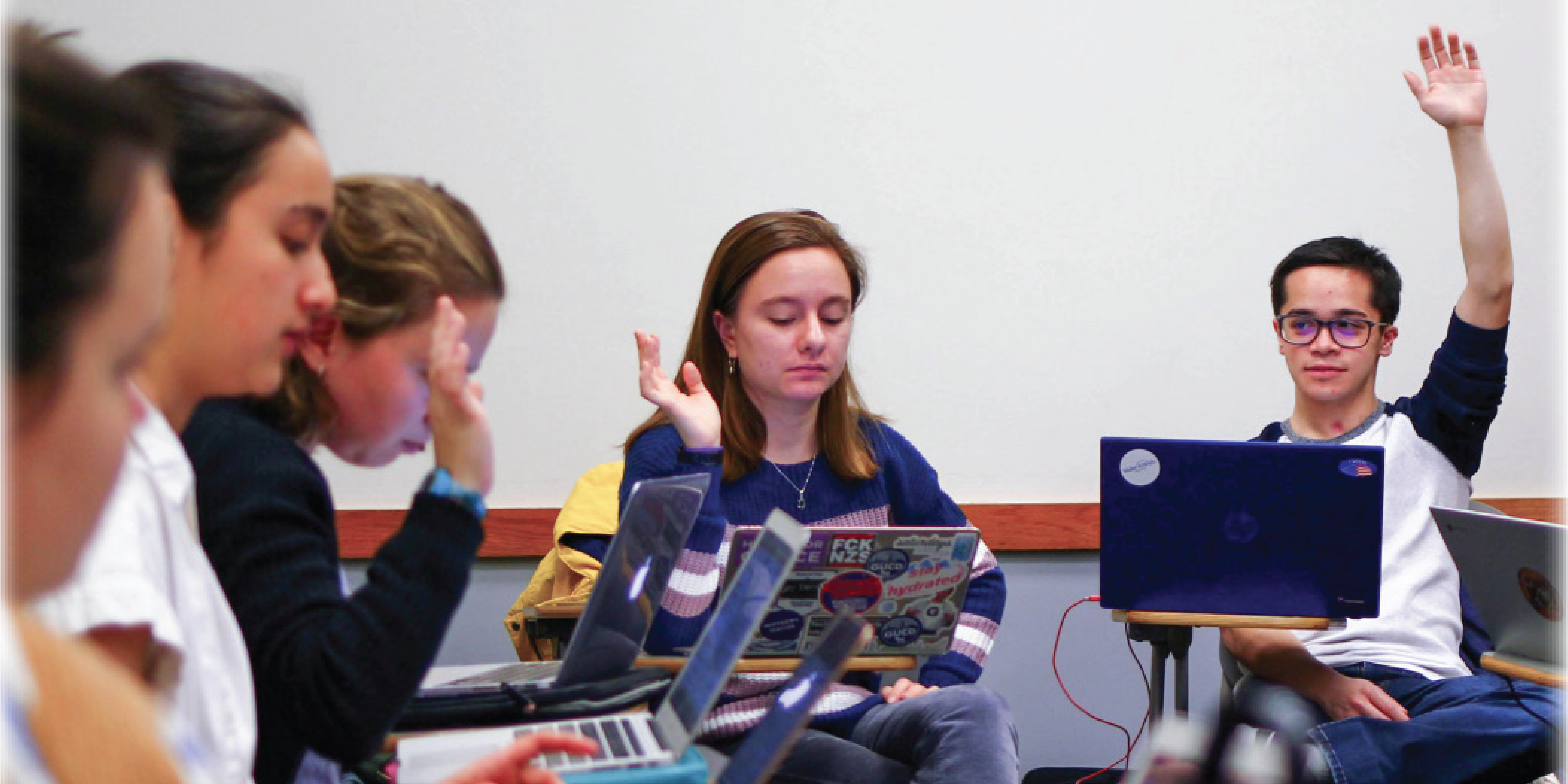 Students in Title IX for a New Generation participate in class in 2019. Photo by Sarema Shorr

Georgetown’s groundbreaking class on Title IX, “Title IX for a New Generation,” has been canceled for the Spring 2021 semester. The course, offered in the Women’s and Gender Studies (WGST) Program and taught by adjunct professor Sara Collina, has been offered for just two semesters.

In the fall of 2019, a designing course made up of 11 students led by Collina created WGST 150: Title IX for a New Generation, which met for the first time in the spring of 2020. Created and led by students, the course discusses and analyzes Title IX, the educational civil rights law, through an academic lens. The class culminates in an action project for each student and in April 2020, the students held a colloquium where they proposed reforms to the university’s sexual assault response to administrators.

According to Collina, the WGST program needed to offer the course “Gender and Law” and additional Intro to Women’s and Gender Studies classes, which meant that there was no room for WGST 150 or WGST 300, the peer mentor class for the student leadership in WGST 150 this spring semester.

“I am very disappointed and I know the student creators/peer mentors are disappointed as well,” Collina wrote in an email to the Voice. “I was told that they hope to offer the course in the future.”

Lack of student interest is not the cause of the class’s cancellation. According to Collina, the course has been full with a waiting list both times it has been offered. More than 50 undergraduate students have taken advantage of the course and developed an in-depth knowledge of Title IX. Students from all backgrounds have been able to engage with the issues, become peer mentors, and provide a unique perspective to shaping the makeup of the class.

“The class succeeded in creating a vibrant intellectual space where students explored both liberal and conservative perspectives on this difficult topic,” Collina wrote. “This course has been a great success by all measures.”

To Collina, this course serves the mission of Georgetown as much as it serves the Georgetown community. “This class truly embodies our tradition of cura personalis,” she wrote. “We honor the rich and complex life experiences of students by empowering them to serve as intellectual leaders, and we promote a culture of safety and respect for the broader community.”

According to Zahra Wakilzada (COL ’23), who serves as a peer mentor for the class this semester, Georgetown’s cancellation of the class, and the lack of an official WGST department, speaks volumes about the university’s treatment of Title IX issues.

“I think what Georgetown stands for is not actually what they are showing right now when it comes to Women’s and Gender Studies,” she said. “I strongly believe that for us to move and to make a change as a campus, as a university, we need to have that aspect with many understanding inclusivity, diversity, Women’s and Gender issues, and intersectional identities.”

As a Muslim woman of color studying at Georgetown, Wakilzada knows well the necessity of a greater understanding of intersectional issues on campus. According to Wakilzada, she’s been on the receiving end of people ignorant of her experience as a Muslim woman on Georgetown’s campus, telling her that she needed to be “saved” and “liberated.” For her, taking classes within the WGST program helps her understand where these ignorances come from, and it’s part of why she thinks it’s crucial that all students take courses in the program.

“I think it’s very important for every person, regardless of their gender and sex, given their identities, to take these courses from MSB students to NHS students, because we are the ones who are going to change people’s lives, and then we don’t want to be the oppressors,” Wakilzada said.

When Wakilzada heard the class was canceled for the fall, she was immediately upset. Title IX is a very important issue to the Georgetown community, Wakilzada said, and she thinks a lack of understanding of Title IX policies and processes among the student body at Georgetown make classes like “Title IX for a New Generation” necessary. According to Wakilzada, this class helps students understand the Title IX process and the fact that only a few students have learned about how these policies hurts the community.

“I think having a few number of people taking Women’s and Gender Studies courses actually adds to their responsibilities and it takes a lot on them,” she said. If everybody took these courses, Wakilzada argues, it would create a safer environment and help a lot of people.

But between canceling  “Title IX for a New Generation,” and not developing a WGST department, Georgetown isn’t committing to this growth for its students, she said. “Canceling this class is harming people of color, harming women and people with intersectional identity, and also stopping so many people from growth, stopping people from learning,” Wakilzada said.

Without the class, Wakilzada thinks it will be difficult for the mission of the course to endure. The student-led element of the class, along with Collina’s support, creates a particularly unique environment for students to contribute to Georgetown’s Title IX policies.

“I hope that Georgetown takes time to understand how much canceling this class will impact the student body and why it’s important for us to continue these kinds of courses and funding Women’s and Gender Studies Program hopefully becoming a department,” she said.