In fall 2021, I found myself in a situation for which I was wholly unprepared: I, a 19-year-old undergraduate student, needed to respond, in an official capacity, to the sexual assault of another student.

As a leader in a student-run organization, it made sense that when a club member came forward with a sexual assault allegation against someone formerly on the board, students turned to me and fellow club leaders for answers.

According to CSE policy, “student organizations should not attempt to investigate or sanction allegations of sexual misconduct on their own.” Our board waited for guidance from the university; days passed by without guidance, all while the accused perpetrator remained in our club.

As a member and leader, I was incredibly uncomfortable with the possibility that someone accused of sexual assault could stay in the club. But without a formal system to support a group of 20-year-olds attempting to handle such a huge allegation, we had no authority to take action. More and more students began to feel uncomfortable. Eventually, with no help from the university and growing discontent within the club, the alleged perpetrator resigned.

Navigating this situation highlighted how remarkably ill-equipped students are to handle sexual assault allegations, a terrifying point considering the responsibilities Georgetown club leaders face in creating a safe environment for students within their organizations.

Sexual assault is not uncommon at Georgetown; in the 2019 Campus Climate Survey, over 70 percent of female undergraduates reported experiencing at least one type of offensive or inappropriate behavior of a sexual nature since entering Georgetown, a rate that is over 12 percent higher than other universities.

Georgetown’s club culture only exacerbates the problem of sexual assault. As of 2021, over 200 student-led groups and organizations exist on campus. The organizational structure often consists of a student board which makes the executive decisions regarding the club and sets a precedent for socially acceptable behavior and club culture.

Examining sexual assault between club members is especially important at Georgetown, where clubs function as a main source of community. Just like Greek life at other schools, clubs are more than simply a group that meets once a week; rather, they constitute tight-knit support structures. In essence, poor club policy means a survivor’s entire support structure could disappear in a moment, especially if their abuser remains in the club.

Student life that relies on club leadership fosters serious power imbalances between peers and an environment void of adult guidance, which creates issues of consent and makes it difficult to address assault allegations against members. Because of this imbalance, and the risk survivors run of disrupting or losing their central communities by coming forward, clubs become spaces where sexual assault is prevalent but ignored.

While the nature of application-based, hierarchical student organizations already fosters an environment where students can be taken advantage of, stark gender and racial imbalances within membership and leadership exacerbates this concern. Within the Georgetown University Student Association, for example, less than 20 percent of student presidents and vice presidents since 1969 have been women. In 2017, GUASFCU’s acceptance rate for non-white applicants was 15 percent lower than that for white applicants. The result is an especially hostile, and potentially dangerous, environment for women of color, and even more so, trans students of color, who experience heightened club imbalances.

While these factors alone present difficulties for survivors, more glaring is the lack of university help for leaders addressing sexual assault between club members. When clubs receive allegations of sexual assault perpetrated by and against members, oftentimes the required course of action is to contact the Office of Student Conduct. However, this office—responsible for investigating and resolving filed complaints of sexual misconduct on campus—often fails to adequately take action in response to sexual assault allegations; in the 2019-20 school year, only 5 of the 201 cases of alleged sexual misconduct were adjudicated through a formal process by the Georgetown Office of Student Conduct.

In addition to their low efficacy rate, the Office of Student Conduct only offers general support; it does not provide training or support specifically dedicated to intra-club sexual assault allegations. This inability—or, perhaps, unwillingness—to address sexual assault is especially disconcerting given that the university’s responses to sexual assault, once it has occurred, are convoluted and ineffective, and ultimately fail to provide adequate support or resources for survivors. Moreover, simply asking students to defer to university services does not guide stopgap measures—what happens in the time between when allegations arise and when cases are finally adjudicated, if at all?

While Georgetown has made attempts to address sexual assault, they fail to effectively address the problem. Mandatory five-hour bystander training for incoming students has fallen through in the past two years as a result of the pandemic, leaving the majority of sophomores and all first-years without important knowledge. While Sexual Assault Peer Educators offer trainings to clubs, these trainings must be requested and don’t directly address intra-club sexual assault.

Requiring club-specific sexual assault prevention and awareness trainings, reinstituting and improving mandatory specialized trainings for people in leadership positions, and providing guidance for intra-club sexual assault are all important steps the university should be taking.

Without measures to help students foster welcoming club environments, instances of sexual assault, such as the one within my club’s, will continue to occur, and insufficient support will continue to fail students and their clubs.

Providing assistance and educational services for clubs to handle sexual assault allegations will not stop on-campus sexual assault completely; however, it will be a step in ensuring that clubs foster a safe and supportive environment for survivors of sexual assault and prevent this intra-club abuse from continuing in the future. 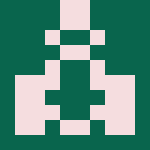 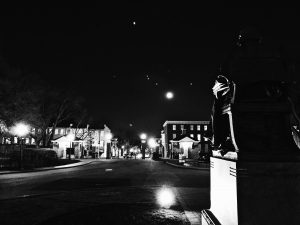