The D.C. police union filed a civil lawsuit against the city government on behalf of more than 1,000 officers on Oct. 5, claiming that the $14-per-day hazard pay stipend for city workers, which the officers received, was not factored into their overtime hours.

The hazard pay policy, which was introduced in April by Mayor Muriel Bowser as part of her COVID-19 plan, requires city agencies to pay employees who work in-person an additional $14 every day. Although Metropolitan Police Department (MPD) officers received this hazard pay and were paid time-and-a-half for overtime work, they complained that the $14-per-day was not factored into their overtime hourly wage.

The dispute comes amidst nationwide Black Lives Matter protests sparked by the police killing of George Floyd in May. Since then, D.C. has seen widespread protests against racism and police brutality, and a constant police presence at these demonstrations has meant that more MPD officers have been asked to work overtime. Officers on-duty at protests have been critiqued for excessive force, including use of flash bangs and pepper spray.

The lawsuit alleges that the city has abdicated its responsibility to provide an additional $2 per hour to each officer that works overtime. The union is seeking for the officers to be paid this money for the overtime work they have already done since the implementation of the city’s hazard pay policy. In a statement, the union cited the Fair Labor Standards Act of 1938, which it argues makes it unlawful for officers to be paid such a low rate for overtime work. The suit itself goes further, stating that the district violated the law “willfully and wrongfully.” This comes weeks after the police union, in a letter to its members, claimed that MPD initially agreed to increase overtime pay, but later “recanted and is refusing to provide the correct compensation.”

This is not the first dispute this year between the district’s government and the police union. In July, the Mayor signed into law a sweeping police reform bill, which the police union called “hasty and unthoughtful.” A number of additional lawsuits filed by the police union have been linked to the bill.

In addition to the compensation for overtime work, the police officers are also suing to receive full back pay and liquidated damages resulting from the claimed miscalculation of overtime pay.

A representative from Bowser’s office has said that the mayor does not comment on ongoing litigation. The Voice could not reach the D.C. Police Union for comment. 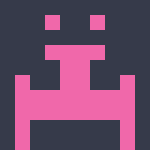