The Department of Education (DoED) claimed Georgetown, in addition to about a dozen other universities, failed to adequately report foreign gifts, putting them at risk from foreign influence in an Oct. 22 report. Georgetown denies these allegations, claiming that they have consistently fulfilled their reporting obligations and maintain full academic freedom and autonomy.

The DoED launched an investigation into Georgetown asking them to produce records of and related to foreign gifts and contracts from China, Qatar, and Saudi Arabia. The resulting report alleges Georgetown received and was not transparent about foreign gifts from the Saudi Arabian government, the Central Committee of the Communist Party of China, and the Spring Breeze Foundation—an organization funded by a Thai corporation with alleged ties to the Chinese government.

Since 1998, section 117 of the Higher Education Act of 1965 has required most colleges and universities to disclose any foreign gifts or contracts that total over $250,000. According to the report, universities were permitted to report gifts or contracts as anonymous up to 2004. However, under the leadership of Betsy Devos, the DoED began taking a more active approach to investigating these disclosures. The report cited increasing “entanglement,” in the form of gifts and contracts, of U.S. higher education institutions with foreign countries including China, Saudi Arabia, Qatar, and the United Arab Emirates since 2000.

Georgetown has always cooperated fully with Section 117 and the Department of Education investigation and that the report “contains mischaracterizations, inaccuracies and misunderstandings,” according to an email from a university spokesperson to the Voice. According to the university, the DoED indicated that they “anticipated closing the matter” as it relates to Georgetown after sending a “follow-up” letter requesting additional information, suggesting they will not be conducting further investigations.

The report specifically alleges that Georgetown has “derived $2,360,807” through “significant intermingling with the People’s Republic of China,” specifically the Central Committee of the Communist Party of China. The university argues this figure does not represent gifts and contracts from China, but actually represents Georgetown’s expenditures in the entire East Asia and Pacific region, with half of these expenditures representing scholarships for current Georgetown students studying in the area. Information regarding these figures was later redacted from the report by the DoED after Georgetown provided further information correcting the DoED.

Another allegation in the report concerns Georgetown’s Qatar campus and the Prince Alwaleed bin Talal Center for Muslim-Christian Understanding. This center was established in 1993 and was expanded in 2005 after Saudi Arabian Prince Alwaleed bin Talal gave Georgetown a gift of $20 million. According to Georgetown, the “Center’s mission is to improve relations between the Muslim world and the West, and enhance understanding of Muslims in the West.”

Alwaleed, a businessman, philanthropist, and member of the Saudi royal family, was ranked in the top 100 most influential people in the world by Time Magazine. A proponent for reform and modernization in Saudi Arabia, Alwaleed has made several donations to Western universities to promote Islamic studies. However, the DoED argues that these donations and others from the Saudi Arabian government are a use of “soft power” to influence the center and thought on foreign policy as a whole.

The report cites a letter from former Congressman Frank Wolf to Georgetown President John DeGioia in 2008 in which Wolf shares his “long-standing concerns about the influence and activities of Saudi Arabia, both within its borders and around the world,” though it provided no specific evidence. The letter also cites former Under Secretary for Public Diplomacy in the George W. Bush administration, Karen Hughes, who was quoted saying she was “influenced” by the center but did not give any context to what that means.

“Georgetown retains control over the work funded by the Alwaleed gift and runs the Center without outside interference of any kind,” the university spokesperson wrote on the matter. Georgetown maintains that it has regularly reported all gifts to the center and that all gifts are reviewed “to ensure they are in alignment with our values and our educational objectives.”

Finally, the report alleges that Georgetown has not been transparent in an agreement with the Spring Breeze Foundation to establish a $10 million Initiative for U.S.-China Dialogue. According to Georgetown, the Initiative is “a university platform for research, teaching, and high-level dialogue among American and Chinese leaders from the public sector, business, and the academy that addresses common challenges facing the global community.”

The Spring Breeze Foundation is financed by CP Group, a Thai multinational conglomerate that has subsidiaries in the pharmaceutical, agro-food, manufacturing, and finance industries. According to the DoED, CP Group has ties to the Chinese government, including a $7.4 billion deal to build a high-speed rail in Asia. Dhanin Chearavanont, senior chairman of CP Group, showed support for China during the 2019 Hong Kong protests. After police cracked down on pro-democracy protests challenging Chinese control of Hong Kong, Chearavanont published several front-page news advertisements calling for an end of the protests and a return to “law and order.”

The DoED also worries that the Initiative for U.S.-China Dialogue fosters cooperation with Tsinghua University, which they label as a top-ranked Chinese university with alleged ties to the Chinese military, and CP Group fellows who will “discuss areas of critical importance to US-China relations,” according to the agreement. The report provides no further evidence of threats to the academic integrity of the initiative and does not back up these two claims.

Georgetown denies that there has been any influence from the Chinese government in any of its academic programs. A follow-up letter from the DoED asked the university to send them any further records of gifts and contracts within 30 days from certain countries and affiliated organizations, including China, Qatar, and Russia. While it is unclear whether there were any further gifts and contracts from these countries, Georgetown maintains it has always been transparent with all reporting mandates and upholds academic freedom within all of its institutions. 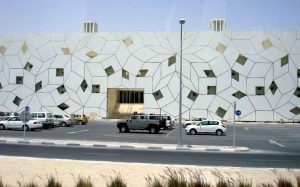