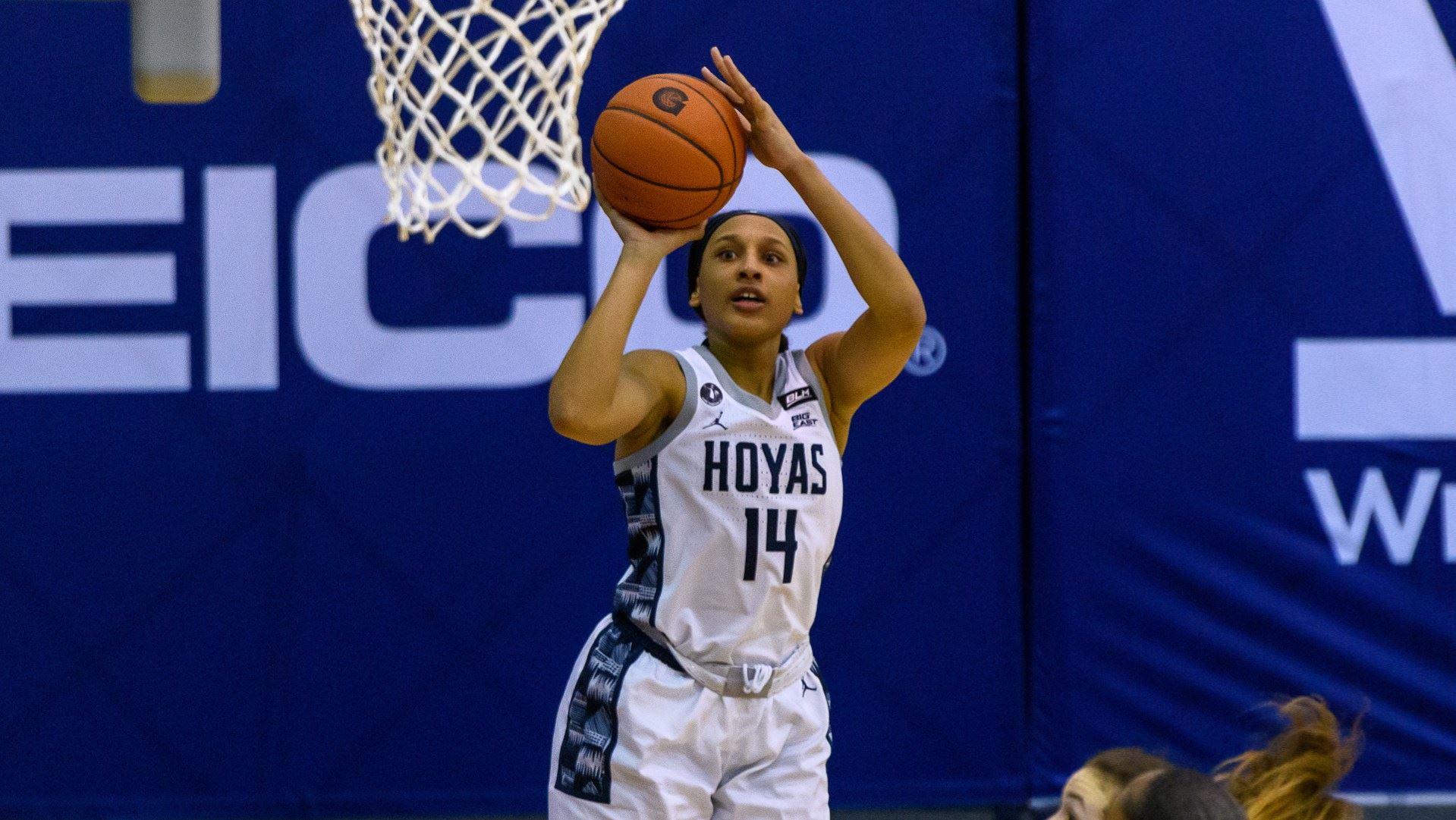 The Georgetown Hoyas women’s basketball team (1-5, 1-5 Big East) lost to the St. John’s Red Storm (4-9, 1-7 Big East) on Wednesday afternoon at McDonough Arena by a score of 70-53. What started as a competitive game of runs got out of hand in the third quarter as the Red Storm embarked on a 24-1 run that turned this game into a blowout. For the Red Storm, sophomore guard Leilani Correa tied her career high with 35 points, while junior guard Kadaja Bailey added a double-double of 14 points and 14 rebounds. Graduate guard Milan Bolden-Morris led the Hoyas with 18 points, and sophomore forward Graceann Bennett flirted with a double-double, recording 9 points and 12 rebounds.

Georgetown featured Bolden-Morris at the outset of the game, as she quickly sank a three for the Hoyas first points and converted a midrange jumper as well. The Hoyas did a better job of getting open looks for their guards utilizing on-ball screens, and they took advantage of Red Storm misses to generate offense. Correa started to take over as the Hoyas began to dry up from the field in the latter part of the first quarter. The Hoyas looked to their veteran leaders once again, as Bolden-Morris hit a transition three and made a sweet spin move to the basket to key an 11-0 run that saw the Hoyas regain the lead at the end of the first quarter, 18-12.

Correa continued to hurt the Hoyas, scoring the first twelve points of the second quarter alone to pull St. John’s into the lead. She displayed an excellent game inside and out, hitting close range jump shots, contested threes, and getting to the free throw line at will. The Red Storm entered the single bonus with 6:22 left in the second quarter thanks to Correa’s efforts. Georgetown closed to within 1 off of freshman guard Teaghan Flaherty’s first career points, but the Red Storm ended the quarter on an 11-2 run to go into the break with a double-digit lead, 35-25. The Hoyas had no answers for Correa, who had a 22-point first half. They also struggled with shot selection in the quarter, shooting 1-11 from deep in the second quarter while getting few inside looks.

The Hoyas opened the third quarter by featuring Bolden-Morris once again, who knocked down two threes from the same spot. Sophomore forward Jillian Archer broke down the Red Storm zone to find Bennett for the layup, and Bennett returned the favor by feeding Archer to cap a 10-2 run that saw Georgetown get back into the game. The Hoyas went on the run by playing unselfish basketball, racking up five assists early in the third quarter after posting just four in the first half. Archer’s play out of the high post was critical in breaking down the St. John’s zone. The Red Storm responded with a 12-1 run to close out the quarter, with a balanced attack led by Bailey and sophomore guard Unique Drake.

Correa led the way again to start the fourth quarter, putting the game out of reach with a 7-0 run of her own. She once again went strong to the basket, converting driving layups and forcing Hoya defenders to foul her. Her efforts were part of a 24-1 extended run that carried over from the end of the third quarter, which transformed a one-point game into an insurmountable 23-point deficit. Archer fouled out of the game during this stretch, and the Hoyas could not stop the avalanche in the end, losing by the final score of 70-53.

Basketball is typically a game of runs, and this one was defined by the 24-1 run that sunk the Hoyas. They showed flashes of brilliance at times, running the offense through the high post and working together to generate high-quality looks. However, their shot selection faltered during the Red Storm’s runs, and Correa’s relentless attack did not help matters either. There were a few silver linings sprinkled into the box score, like a 17-11 advantage in points off turnovers and a 14-11 advantage in second-chance points. Ultimately, the Hoyas failed in the critical stretch of the game, and they will have to go back to the drawing board to find consistency over all 40 minutes.

The Hoyas hit the road again as they travel to Omaha, Nebraska to take on Creighton (3-6, 2-3 Big East) on January 30. Tipoff is scheduled for 2:00 p.m. and the game will be broadcasted on the Big East Digital Network streaming on FloHoops. For continued coverage of women’s basketball and all Georgetown sports, follow @GUVoiceSports on Twitter. 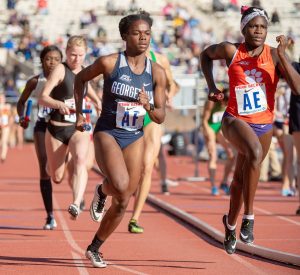 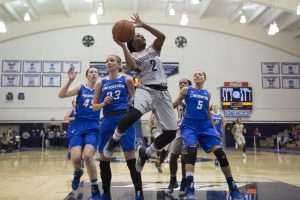 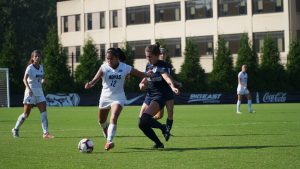