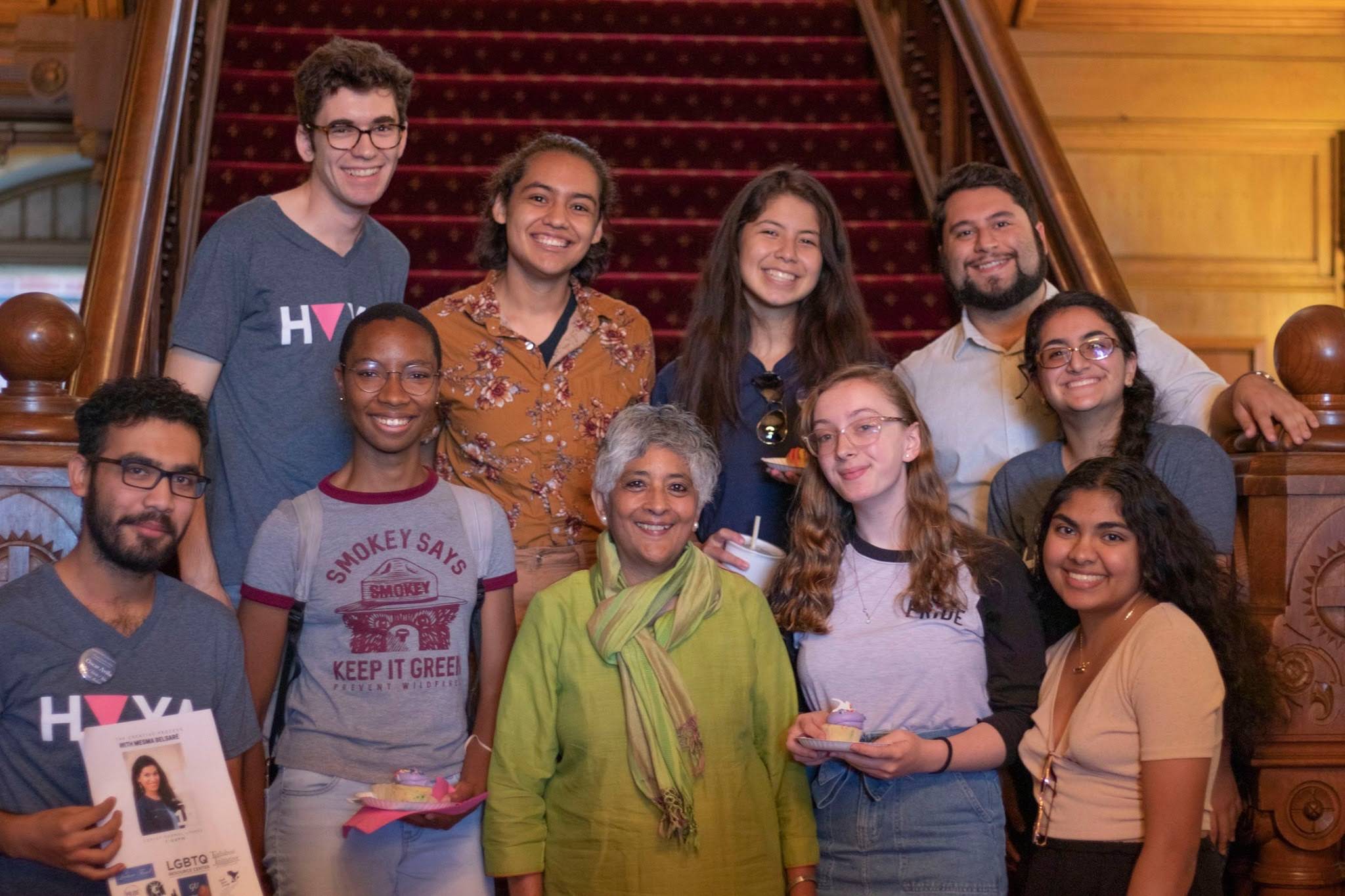 Long-time director of the LGBTQ Resource Center and Women’s Center, Sivagami Subbaraman, affectionately known as “Shiva” by students of Georgetown, announced last November that she would be retiring as director effective Dec. 31, 2020.

The departure of Subbaraman, who for many was almost synonymous with the centers themselves, has left many students wondering what the future holds for the resource centers.

As the founding director of the LGBTQ Center, Subbaraman has led the center since its creation in 2008. Georgetown established the center in response to decades of LGBTQ advocacy and protests following a series of homophobic hate crimes by Georgetown students. The center itself was meant to not only be a center for advocacy but also as a safe space explicitly meant for LGBTQ students.

The Women’s Center, founded in 1990, similarly strives to create a supportive community for women on campus. In 2019, Subbaraman became the director of the Women’s Center following the retirement of previous director Laura Kovach the previous year.

Subbaraman recognized that many queer students, especially queer people of color, had never had a queer adult in their lives that they could interact with. “The lack of multigenerational connections in our community was the saddest piece for me,” she said.

Students at Georgetown described Subbaraman as someone who not only was there to advocate for them on campus but also someone who they could talk to about their personal life. “She’s been there with me through a lot,” Teak Hodge (SFS ‘21), a long-time student worker at the LGBTQ Center, said. “She helped me not just as a professional, but also being more confident in my voice and speaking up for myself.”

Beyond supporting students through her center’s resources, Subbaraman also promoted the LGBTQ center as a space for students of all religious faiths, making an effort to work closely with Campus Ministry to foster queer inclusion. “I took this position because I was very interested fundamentally in the relationship between gender, sexuality and faith amongst all traditions,” Subbaraman said. “I felt that all human beings have a right to their own spiritual growth and spiritual path.”

As a non-Catholic South Asian, Subbaraman emphasized the importance of finding a queer space within all faiths and cultures. Students who walked into the center would find Subbaraman wearing Indian clothing, a part of her cultural identity, as a statement that people who look and dress like her can be gay.

However, opening faith spaces to queer students was easier said than done. Subbaraman emphasized that there were lines that existed that could not be crossed. “My approach from the beginning until the end was to not see that space as a box,” she said. “There’s a way to be creative even in what feels like a straightjacket.”

Siena Hohne (COL ‘22), former president of GU Pride, spoke of these limitations that arose due to the centers’ location within a Jesuit university. “There’s certain things the center can’t do. They can’t talk about reproductive health, they can’t talk about when there’s free STD screening during OUTober, ” she said.

Subbaraman stressed that the work not only required determination but also imagination, especially as the landscape of LGBTQ advocacy and the queer community has changed dramatically in the past decade. “When I first arrived, it was clear that it was LGB, it wasn’t even T,” Subbaraman said, “The presence of trans people was not there. It was very painful to be genderqueer, gender nonconforming; non-binary didn’t exist.”

Another challenge that Subbaraman reported was simply a lack of human resources. Although the LGBTQ Center hosts large events such as OUTober and Lavender Graduation for queer students, it has only one or two full-time workers and several part-time student workers.

Following Subaraman’s retirement, Georgetown announced that the LGBTQ Resource Center and Women’s Center will become a part of the Office of Student Equity and Inclusion (OSEI). The centers will now report to Dr. Adanna Johnson, Associate Vice President for Student Equity and Inclusion, with Dr. Amena Johnson now heading the LGBTQ Center and Dr. Annie Selak leading the Women’s Center.

Despite the uncertainty that comes with Subbaraman’s departure from the centers, the new directors, student leaders, and Subbaraman herself remain hopeful that the transition of the centers to the OSEI will increase access to human resources and help the center target the problems of the student population today. Specifically, they hope that the OSEI which also houses the Center for Multicultural Equity and Access (CMEA), Community Scholars Program (CSP), the Georgetown Scholars Program (GSP) will increase opportunities for intersectional advocacy and discussion.

Subbaraman explained that the centers are what students make of it and that students must continue to take an active role to see the centers into what they want, just as they have through Georgetown’s history. Subbaraman pointed to the 1979 lawsuit that first allowed a gay student group to exist in the first place. “The most important thing is to know the history of LGBTQ life,” she said. “If you do not know the history you are going to keep wasting time inventing things that were done before that’s neither useful nor productive.”

“It is important to continue the work of Shiva and other colleagues at Georgetown who have been instrumental in advancing the needs of the LGBTQ community and women at Georgetown,” said Dr. Adanna Johnson, “We will continue to elevate these Centers while we address the intersectionality of social identities in both social and academic ways.”

Alec Weiker
Alec Weiker is a sophomore studying in the SFS. He believes that the only borders that ever mattered was the book store. RIP.