“Minari is wonderful, minari is wonderful.” So goes the song that seven-year-old David (Alan S. Kim) sings as his grandmother, Soon-ja (Youn Yuh-jung), tends to the Korean herb from which Lee Isaac Chung’s semi-autobiographical film takes its name. Minari can grow anywhere, much like a weed, and can be used in almost anything—kimchi, soups, stews. The immigrant experience requires that same resilience and adaptability, which makes Minari (2020) a fitting title for this intimate story about a Korean family who plants new roots in Arkansas in the 1980s.

Married in Korea, Jacob (Steven Yeun) and Monica Yi (Han Ye-ri) moved to California where they had two children, Anne (Noel Cho) and David. Disillusioned by a decade of thankless factory work, Jacob decides to abandon city life and purchase a mobile home on a plot of land in Arkansas to grow and sell vegetables to the increasing number of fellow Koreans migrating to the middle of the United States. It seems like a logical step toward achieving what he, and so many other immigrant parents, came to America to do: provide for his family and give them a better life. But where Jacob sees a temporary stepping stone, Monica sees a home on wheels that could cause the family both emotional and, in the case of a tornado, literal instability.

Minari reaches its stride when Monica’s mother arrives from Korea and meets her American-born grandchildren for the first time. Soon-ja’s authentically Korean presence alters the fraught dynamic between Jacob and Monica, but her relationship with David is the true heart of the film. Expecting the ideal American grandma who bakes cookies and helps around the house, David makes no secret of his disappointment in Soon-ja, as she teases him and “smells like Korea.” Gradually bonding as they plant minari seeds together in a nearby creek, the duo provides the film’s most humorous moments while representing the culture clash at the center of the Yis’s transition.

The film is largely told from David’s point of view, and the character is a stand-in of sorts for Chung himself. Like David, the writer/director grew up in a mobile home on a farm, and the arrival of his Korean grandmother confronted him with the realities of growing up between two different cultures. Chung injects Minari with details from his own life, from the decor of the mobile home to the 1980s costume design, giving the film an incredibly lived-in quality.

Seeing the story unfold through the eyes of a child creates a gentle, dreamlike atmosphere that elevates Chung’s film from a familiar immigrant story to a poignant collection of childhood memories. David’s innocence and playfully ignorant attitude toward his grandmother contrast with the weighty issues that the adults of the film face. Lachlan Milne’s lush cinematography adds an almost ethereal beauty to the film’s rural setting, giving even the grittiest aspects of farm life a warm and vibrant sheen. Emile Mosseri’s score elicits a nostalgia that feels specific yet unplaceable, as it mixes strings and synth instead of the expected twangy guitars and other overtly American sounds.

Minari premiered over a year ago at the 2020 Sundance Film Festival, where it won the Grand Jury Prize in U.S. Dramatic Competition, and the film is still garnering accolades as it continues to roll out in virtual cinemas and video on demand. Yeun, an American television veteran from The Walking Dead, and Yuh-jung, a legendary actress in her native Korea, have emerged from the well-rounded ensemble cast as strong contenders for acting nominations at this year’s Academy Awards. However, the Golden Globes’s categorization of Minari as a foreign film, which renders it ineligible to run in either Best Picture category, has been met with controversy. Several industry figures have since spoken out against this labeling of Chung’s film as “foreign.” Though its dialogue is primarily in Korean, Minari is set in America, made by an American filmmaker, and produced and distributed by American companies.

The irony behind this controversy is that Minari cannot be neatly categorized as either a Korean or American story. Personally, I can simultaneously watch Minari as a child of a Korean immigrant, as an American, and, most importantly, as a human. Having two grandparents and a mother from Korea, I immediately connected to scenes with recognizable cultural specificities—the boptan, a Korean rice cooker in the mobile home’s kitchen, family members sleeping on the floor, and the ever-important practice of removing your shoes before entering the house. Chung plays on the latter custom to communicate the Yis’s assimilation through frequent shots of David removing his favorite pair of cowboy boots that reflect the blending of Korean and American traditions within this multi-generational family unit.

Chung’s film examines the Asian immigrant experience, which is regularly missed in Hollywood, while also telling an undeniably American story about an often-overlooked lifestyle and region of the country. Stylistically, Minari has much more in common with the meditative films of Terrence Malick set in the American heartland than with the bold entries from Korean New Wave filmmakers like Bong Joon-ho or Park Chan-wook.

While enriched by these various cultural touchpoints, Minari is ultimately for everyone—not just Koreans or Americans. Like minari itself, anyone can pick it and enjoy its benefits. Its access is universal because the central conflict boils down to a process of growth familiar to every family. Chung does not put the idea of his parents on a pedestal; instead, he depicts their struggles on a human level so that anyone, from any background, can relate to them.

Minari subverts what viewers may expect from a typical immigrant story by steering clear of impassioned speeches about race and including white characters without vilifying them. Chung does not romanticize the immigrant experience, nor does he place undue emphasis on the oppression the Yis endure as Asian Americans. Minari is revelatory because it avoids emotional manipulation without erasing the hardships the family faces and simply lets audiences observe the Yi family as is.

If there is anything to be learned from the disputes around the Golden Globes’s decision, it is that the lines between what is and is not “foreign” are becoming increasingly blurry. People will likely react to this by making definitive statements on what Minari really is: an immigrant tale, an American story, a universal family drama. But the film’s greatest asset is that it is all those things at once. In the end, David and Soon-ja put it best: Minari is wonderful. 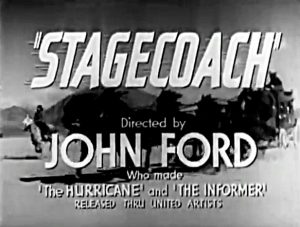