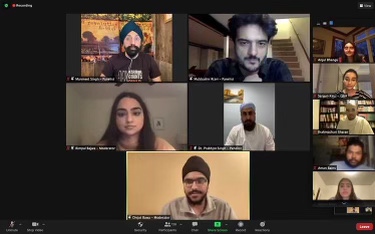 The Sikh Student Association (SSA) rallied the Georgetown community in support of the widespread farmers’ protests in India, inviting experts to discuss the protests’ significance at an event entitled “Contextualizing the Farmer’s Protest” on March 4.

The event, which garnered 135 audience members and 36 cosponsors, focused on explaining the historic protests which have been ongoing since the passage of three farming laws last September. In protest of the bills, an estimated 1.2 to 1.5 million people primarily from the Punjab region and led by Sikh farmers primarily have participated in the protests, descending on the border of New Delhi. Over 250 million more people across the nation participated in a general strike to show solidarity in late November.

The farm bills threaten to radically change the economic landscape of Indian farmers through the dismantling of the minimum support prices (MSP) system, which sets minimum costs at which the government will buy crops from farmers in the event of a price drop.

The elimination of MSP would threaten the livelihoods of small land-owning farmers, who already face rampant debt as a result of colonial legacies. 60 percent of the population of India relies on agriculture for subsistence, meaning that the consequences of these bills could be drastic, according to one of the panelists, Georgetown professor Dr. Mubbashir Rizvi.

Despite the historic size and importance of the protest, SSA social chair Rimpal Bajwa (SFS ’22) became frustrated with the lack of Georgetown response or discussion about the issue. Bajwa emphasized the international ramifications of the protests. “Because of globalization, the food that we have is not just from America, it’s also from India,” Bajwa said in an interview with the Voice. “We think that India is such a faraway place that doesn’t impact us, but the reality is that the farmers are the people that feed us.”

This silence spurred Georgetown’s SSA to host an event raising public awareness. Bajwa noted that the organization, built up only the last five years with about 15 members, hardly had the resources nor the audience to host an event of this size.

SSA opened up the event to cosponsors to increase outreach and allow other on-campus organizations to voice their support of the farmers. The call for cosponsors was a tremendous success with 36 organizations joining in. “It was really amazing to see that showcase of solidarity because it shows that people were actually interested in learning more,” Bajwa said.

The panelists offered context behind the protests and refuted false narratives surrounding them. In addition to Rizvi, the panel included Dr. Prabhjot Singh, an activist and special educator in California focusing on the treatment of minority groups in India, and Manmeet Singh, a filmmaker and activist who has produced films on the pervasive problem of farmer’s suicide in India.

“These three farm laws are not just laws that are black and white on some dry piece of paper. Hundreds of thousands of lives and livelihoods, if not millions, are dependent on these farm laws,” Manmeet Singh said. But the panel also emphasized that farmers’ strife began far before these three bills.

The farmers’ concerns can be traced back to colonial occupation in the subcontinent. An extractive economy under British rule emphasized profitable crops like tobacco and cotton. Dr. Prabhjot Singh noted that this cash-crop system left many with rampant food insecurity, characterized by countless famines, and a lack of a strong economic base, even as direct imperialism ended.

With the end of British rule in 1947 came American influence and the implementation of the “Green Revolution,” a set of policies in the developing world that focused on using new intensive agricultural techniques. “[These policies] also had detrimental effects in terms of creating a new set of dependencies on a type of agriculture that was really dependent on fertilizers and pesticides,” Singh continued.

While this led to increasing yields, it also piled debt on farmers forced to purchase more expensive seeds, foreign fertilizers, and equipment to compete. Many small or medium-sized farmers entered into this type of farming due to the MSP that made such farming profitable, according to Singh. A weakening of the subsidies over the past few decades, however, has put these dependent farmers at risk.

Manmeet Singh further explained the situation by likening it to the failure to raise the minimum wage in the US due to the strong influence of corporate interest. “If you juxtapose these phenomena that are happening in the US right now, what’s happening in India right now, what’s happened in India in the past, the dynamics are so similar of the ‘have’s versus the ‘have-nots’ the oligarchs versus the middle class.”

The panelists emphasized that the protests are not simply unilateral and propagated by the Punjabi people or Sikhs alone, as often portrayed by pro-Modi media, but instead are fundamentally about economic and labor rights that transcend religion, caste, gender, and geography.

“What we’re hearing in the media when it comes divides among religious lines, there’s a large contrast between what’s happening on the ground there,” Dr. Prabhjot Singh said. “When it comes to faith, it’s never been about conversion in the Sikh faith, it’s been about everyone coming together.” We’re creating a space for our Muslim brothers… for our Hindu brothers [and] for everyone who needs to be there.”

The panelists also discussed the importance of people of different genders and castes participating in the protests. “The guys end up talking, but the women are doing the hard part of being able to keep the whole revolution together,” Manmeet Singh said, noting the role of women not only as mothers and sisters but also as intellectual guides.

The panelists also showed how audience members, as students and Americans, could support the farmers in their struggle for economic justice.

“In the end, every farmer right now will tell you we just want these laws rescinded, we don’t care about anything else,” Manmeet Singh said. “The way to rescind these laws is pressure from the US government. Every time you do a tweet, tag your congresswoman or senator. That pressure really helps.”

He also advocated for boycotts against goods that come from those exploiting the farmers. “The basmati rice from Whole Foods, a small premium 20-ounce bag is about $8 and a farmer gets only about 1/40 of that revenue,” he said. “Go ask Whole Foods ‘is this fair trade basmati?’ If it’s not, take it off the shelf.”

“I want to reemphasize the importance of showing solidarity with the farmers,” Bajwa said, hoping that audience members will continue the conversation and take concrete steps to support them. “We’re not passive actors, we have a lot of agency to help those farmers that are still in the streets right now.” 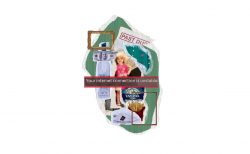 Carrying On: What COVID-19 taught me about class and my classmates

Context Clues: Piecing together the pieces of the Georgetown puzzle