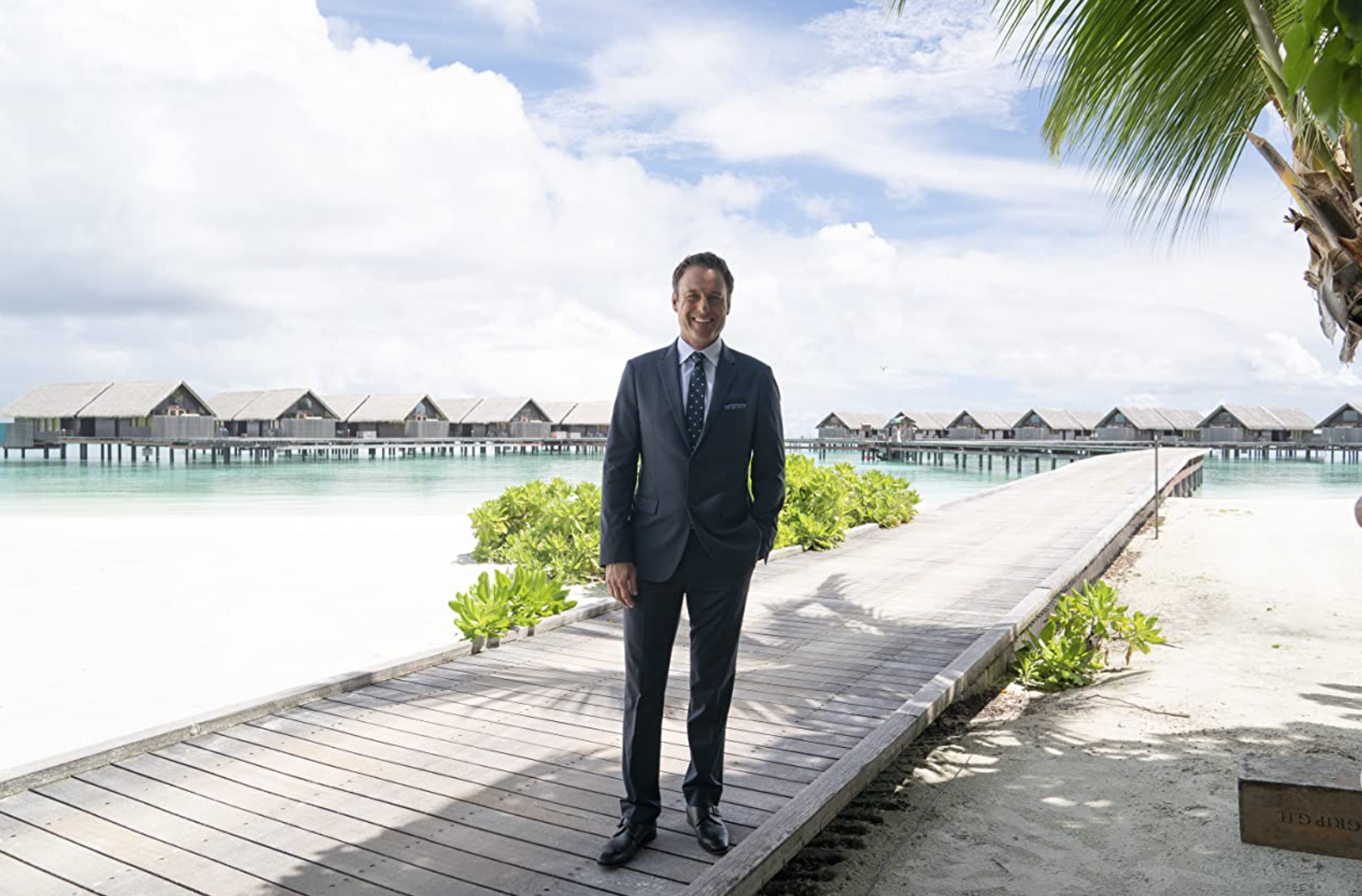 ABC’s The Bachelor has long been criticized for its fast-tracked television love stories and, more importantly, its lack of racial diversity. As the first Black Bachelor, Matt James’ role as the lead and his interactions with the women on the season has certainly highlighted the importance of racial diversity on the show and throughout the broader entertainment industry. Nonetheless, the twenty-fifth season has brought to light further controversies relating to the show’s stars.

More importantly, however, James is the first Black Bachelor in the show’s 25 seasons. The franchise’s announcement occurred amidst heightened racial justice protests across the country following the murder of George Floyd last summer. The timing of this announcement yielded speculations surrounding a sense of performative activism in naming the first Black Bachelor. While casting a Black Bachelor is a long-overdue step of progress for the Bachelor franchise, it does not erase the lack of racial representation throughout the show’s history, something that has continued throughout this historic season.

James’ season of The Bachelor contains the most racially diverse cast in franchise history; 25 of the 32 women identify as BIPOC. As a television show with millions of viewers, racial representation certainly plays a fundamental role in the audience’s perception of the show. Despite this season’s increase in diversity, the franchise as a whole is overwhelmingly white. The whiteness of the show reinforces racial stereotypes and viewers’ perceptions of many societal elements, including beauty. For example, contestant Chelsea Vaughn shared her emotional relationship with her hair as a Black woman in America. Vaughn explained that she grew up in a predominantly white environment, and she felt a great deal of anxiety regarding her hair and conforming to white standards of beauty. “It’s definitely a unique experience that black women have with their hair,” said Vaughn. A conversation such as this illustrates the importance of racial representation in the show’s influential role in society. The Bachelor franchise influences societal perceptions of viewers of all ages, and the whiteness of the show can reinforce racial perceptions and standards.

After their time on the show, many of the contestants go on to become social media influencers, and their online presence continues to reach an even wider audience. Be it brand ambassadorships, podcasts, YouTube channel collaborations, and more – members of the Bachelor community dominate the media across its various platforms. Whether through beauty standards, activism and outreach programs, or brand partnerships, the lack of racial diversity in the show’s casting continues to influence society long after the final rose.

As the season aired, allegations surrounding a front-runner contestant, Rachael Kirkconnel, surfaced regarding past racist behavior. Most tangibly, these allegations included photos of Kirkconnel at an Old South antebellum-themed fraternity party in 2018. Various members of The Bachelor franchise spoke out in interviews and social media–with varying responses to the controversy–following the surfacing of the contestant’s racist actions.

In an interview with Rachel Lindsay–the franchise’s first Black lead (2017)–The Bachelor’s host, Chris Harrison, came to Kirkconnel’s defense. In focusing on his frustration with “cancel culture” in the interview, Harrison urged the so-called “woke police” to give Kirkconnel time to tell her side of the story. Throughout the conversation, Harrison questioned the timing of the photos taken in 2018, versus their recent surfacing. While he agreed that these photos were a “bad look” in 2021, Harrison questioned whether the same holds true in 2018. Personally, this point about timing is what struck me as most ignorant from the conversation. While racial controversy has been pushed further into the spotlight over the past year, racial injustice is deeply embedded in American history, and an old-south-themed party in 2018–or, frankly, any year–is deeply insensitive to the injustice and oppression of Black people in America.

Following the interview, fans quickly pointed out the racial insensitivity of Harrison’s words. Members of the Bachelor community came out in solidarity with people of color through various Instagram posts. Kirkconnel also posted a statement in which she acknowledged her ignorance, insensitivity, and the responsibility she possesses to take accountability for her actions. While updates on the process she is taking to educate herself and become a better ally have continued on her Instagram account, many have criticized Kirkconnel, urging her to act more than just performatively. Kirkconnel expressed her fear of this particular criticism in an IGTV video where she acknowledged, “I’ve come to realize that sitting aside and hiding in the corner and avoiding[ing] being called performative, that doesn’t help anyone or anything.” Kirkconnel shared the resources she was reading in an attempt to become better-informed about unconscious biases and systemic racism, and she encouraged her followers to do the same.

Amidst the controversy, Chris Harrison posted his own apology statement for the hurt that his ignorance has caused. Days later, he announced on his Instagram account that he would temporarily be stepping down as host of The Bachelor, and that he would not be hosting the After the Final Rose special that occurs following the season finale. “By excusing historical racism, I defended it,” Harrison wrote in his announcement.

Kirkconnel–a front-runner throughout James’ season–did not leave the show engaged to the Bachelor, but did receive the final rose. Kirkconnel and James continued their relationship following the show’s taping but during the After the Final Rose special, James told stand-in-host, Emmanuel Acho, that he and Kirkconnel were no longer together. Throughout the episode, James expressed the pain he felt from seeing Kirkconnel’s past actions and ignorance. Kirkconnel spoke with Acho and James about her misinformed actions and how it affected their relationship, and, more broadly, the implications of her actions in the broader society. Kirkconnel noted that prior to the photos surfacing on the Internet, she had never considered the racial insensitivity that her actions possessed.

Moreover, James voiced the pressure he felt as the first Black Bachelor. When asked about this extra burden, James said that “the way I interact with the women and carry myself, is, like it or not, gonna be their perception of how Black people move.” This quote highlights the importance of Black representation in television and the role that entertainment plays in our perception of society. As James noted, his role as the lead demanded more of him than the simple goal to find love: it tasked him with the insurmountable burden of representing the broader Black community in his own self-portrayal. While increasing the diversity of those on the show plays a role in distributing this weight, the mere existence of this burden is an underlying theme of racial injustice in the broader entertainment sector, and it highlights the importance of addressing racial representation and inequities in entertainment and TV.

Harrison has been relatively silent since he announced his temporary leave from the show. However, the franchise announced that former Bachelorettes Tayshia Adams and Kaitlyn Bristowe will team up to host the upcoming seasons of The Bachelorette.

The Bachelor has been long overdue for significant progress and long-term changes in regards to diversity. While this season’s diverse cast is an instrumental step in these changes, the controversy that surfaced surrounding racial ignorance and insensitivity will likely become an even bigger wake-up call to the franchise and its millions of viewers. If Season 25 taught us anything, it certainly emphasizes the important role that entertainment and the media play in societal perceptions of race, culture, and understanding. In all forms of the media, we must do better in providing a space for Black people to share their voices.