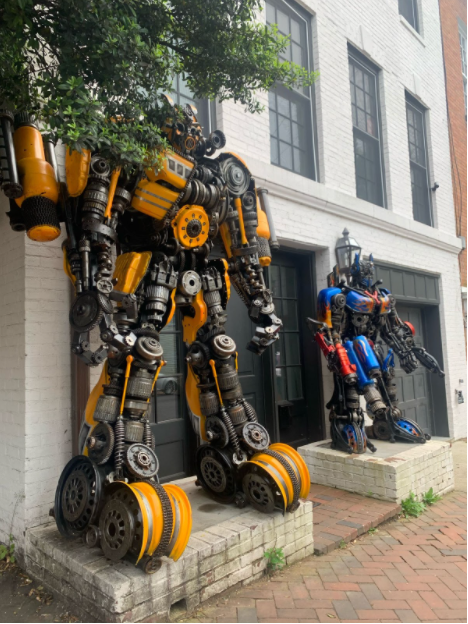 Optimus Prime and Bumblebee have temporarily moved into the Georgetown historic district, though some neighbors believe they have overstayed their welcome.

Georgetown University research professor Newton Howard is in an ongoing dispute with the Old Georgetown Board (OGB) over two life-sized Transformers sculptures displayed outside his home, which the board argues disrupt the historical character of the neighborhood.

Howard, who studies neuroscience and artificial intelligence, says the Transformers represent the possibility of machines and humans working alongside one another to treat certain neurodegenerative diseases. The controversy over the sculptures, he argues, raises deeper questions about how people think about the relationship between history and futuristic technology.

“I work at the intersection of brain augmentation through prosthetics, wearable as well as implantable prosthetics, to treat things like Parkinson’s, Alzheimer’s, Huntington’s,” Howard said. “So I have an affinity and liking for mechanical things of a nanoscale, and things of intricate details, so I collect these robots everywhere.” 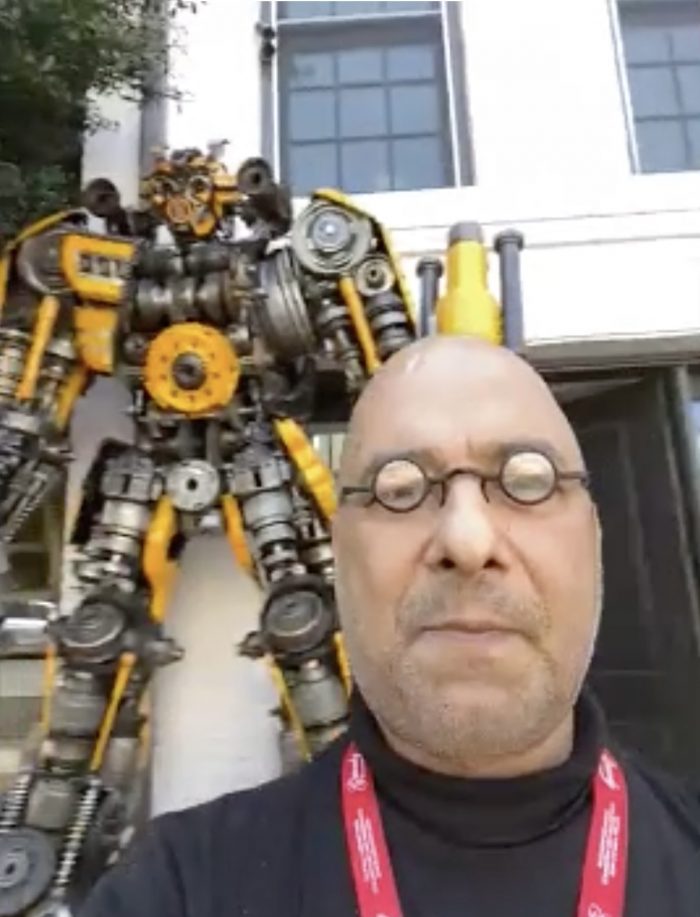 Dr. Howard in front of his home in a zoom interview with the Voice

Howard placed the six and ten-foot-tall statues on planters outside his home in January. The professor said that most people like the statues, especially children—one eight-year-old sent Howard a letter asking him to not give up the fight for the Transformers. During the COVID-19 pandemic, Howard says that the statues provide a “relief” for parents who are trying to keep their children in good spirits.

To Howard, his ability to display the Transformers is also a matter of freedom of expression on his own property, where he has placed other objects on the planters before. The display has a deeper meaning that he believes he has a right to communicate.

“One should not be told what to do in his own house, right?” he said. “The Transformers stand for transforming, for changing things, and I’m all about change.”

Some Georgetown residents have brought up concerns, however, about whether Howard is allowed to put such large displays in front of his home.

“It’s one of those funny things that people think it’s their own property but it’s actually public space. It can be a challenging process to decipher,” Lisa Palmer, who represents Howard’s area on the Georgetown Advisory Neighborhood Commission, told DCist. The neighborhood commission denied Howard’s request for a permit to display the Transformers, saying that he went about the process in the wrong order and must get the approval of the OGB first.

The OGB is a three-person panel that advises the federally-appointed U.S. Commission of Fine Arts (CFA) on project designs to ensure that they fit the historical nature of the Georgetown neighborhood. Though Howard understands the desire to maintain a historical feel to certain areas, he sees the OGB’s requirements as potentially “cumbersome” for others in the neighborhood who want to update antiquated parts of their homes.

“What is the definition of ‘historic’ if we do not admit components of our current, modern days into the future of history,” Howard asked. The professor also noted that as heroic figures for generations of children, Transformers do have historical significance. 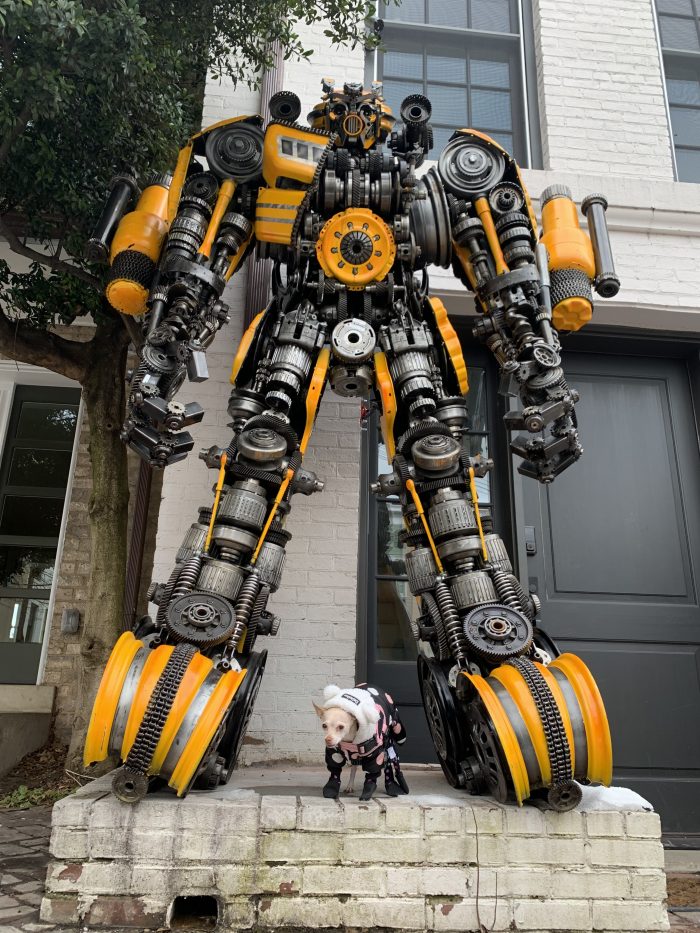 An email communication to Howard from the OGB on Monday said that though “The Commission regrets that work commenced without permit,” the board will recommend that the Transformers can remain on Howard’s property for six months from the date he submitted the permit request, April 16. Whether Howard continues the fight for permanent approval remains to be seen.

Howard is currently working alongside the CFA to place 16 additional Transformers around the District, funded by the Howard Brain Sciences Foundation which was established by the professor in 2011. The goal of this project is to demonstrate how human and machine intelligence can work together to alleviate mental health issues in a way that is similar to their capabilities with neurodegenerative diseases. Howard hopes to de-stigmatize seeking help for mental health by raising awareness about the technology-based therapies that exist.

“There are simple solutions, like the ones of interfacing with wearable brain-computer interfaces, brain simulations, et cetera, which are machines. So I’m trying to bring that awareness that these options do exist, and they do correct the problem,” he said.

By placing Transformers around the District, Howard aims to create a positive impact outside of his Georgetown neighborhood. “I hope that everybody that sees them and interacts with them, aside from bringing them a relief, recognizes the deeper message, and transforms something in their life into a positive space.” 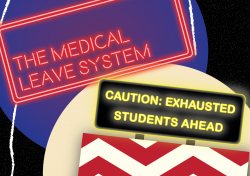