Is Baseball In a Good Place? 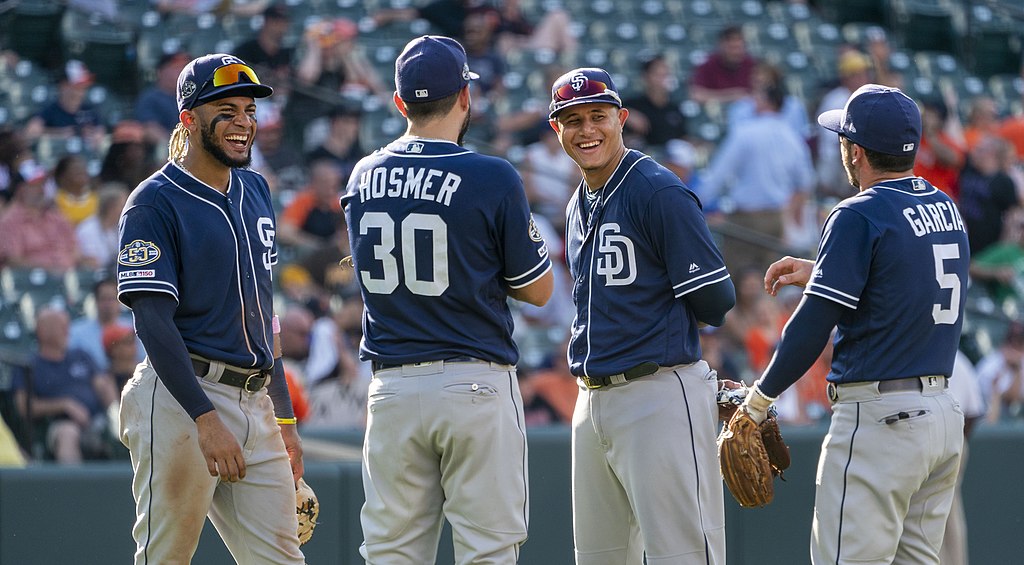 Here are some top-of-mind examples to answer in either direction:

Baseball is in a good place – The small-market Padres are making an electric bet on the here and now, acquiring Yu Darvish and Blake Snell while extending Fernando Tatis Jr. The always-thrifty Rays just proved payroll isn’t everything by making it to the World Series. Three young Latino stars – Tatis Jr., Ronald Acuna Jr., and Juan Soto – are completely mesmerizing and represent the future of the game. The Mets look like they’ll be serious contenders (or they’ll at least spend like it) as long as new owner Stephen Cohen is around.

Baseball is in a bad place – A whopping 12 out of 30 teams have a salary expense that is less than forty percent of the league-leading Dodgers’ $246 million. The Rockies just traded Nolan Arenado, one of the game’s best players, for pistachios because they were worried he would opt–IN to his contract beyond 2021. Cleveland did everything right in developing superstar shortstop Francisco Lindor and traded him because they claimed they couldn’t pay him. We’re still trying to put the Astros scandal in the rearview mirror. And finally, some in-game statistics courtesy of Jayson Stark: shifting fielders has become all the rage, and left-handed hitters have been hitting .236 since 2018 when at least one infielder is positioned in the outfield. Despite all the shifting, only 24.4% of batted balls were hit to the opposite field last year. 41.2% of pitches passed through the strike zone in 2020, per FanGraphs. Baseball is long on the three “true” outcomes – homers, strikeouts, and walks – and short on balls actually put into the field of play.

Judging by how much I ended up writing for each of the two arguments, I guess I would conclude that baseball is in a not-so-good place. Increasingly, it seems to be becoming a game that seems to interest the baby boomers (who are probably only watching out of force of habit) first and foremost. But I’m not all doom and gloom.

The competitive balance fix seems plainly obvious: a minimum team salary expense. MLB doesn’t need to curtail the spending of the teams that are actually chasing a World Series – it needs the 12 teams that are lining up against the Dodgers with less than two-fifths of the total amount invested to pretend to give a crap. For examples, the NFL and NHL have salary floors that work quite well. In the MLB, only the most diehard fans of the Tigers, Orioles, Rangers, and Rockies haven’t already checked out for the year, and we’re a month into the season. The owners will never go for it, but Commissioner Rob Manfred may need to throw his support behind the idea to save his job.

As for the “aesthetic value” problem: you’ll recall that, with the Rays up 1-0 in an elimination Game 6 of last year’s World Series, starter Blake Snell was pulled from the game after five innings with a runner on first base. Never before had a pitcher been pulled from a World Series game while working on a shutout through five innings, but the Rays’ analytical bend, which had helped spur them to the championship in the first place, told manager Kevin Cash that Snell usually lost effectiveness on his third time facing the opposing lineup. Snell’s replacement conceded two runs, one of which Snell earned, and the Rays lost the game and the series. For many fans, that was the most frustrating piece of evidence that baseball is in a bad place. Too much analytics. Too much treating the players as automatons that can never be simply “in the zone” but instead are shuffled around as the statistics see fit.

More than in any other sport, though, inexplicable stuff happens in baseball. Analytics couldn’t tell anyone that in 2018, Snell, a pitcher with a lifetime 11-15 record and a high-three ERA to that point, would explode toward a Cy Young season with a 21-5 record and a 1.89 ERA. Or that Randy Arozarena, a seemingly nondescript 25-year old outfielder with 99 regular-season plate appearances, would embark on one of the most legendary Octobers in history and slug ten postseason home runs for the Rays to get them to the brink of a title. That type of unpredictability is captivating in sports, and baseball has it in spades.

Oh, and Theo Epstein, who baseball people are angry they didn’t appoint as Commissioner at twelve years old, left the Cubs to take a job with MLB. Epstein has been very open about his desire to get more action in the game by pursuing rule changes to that effect, so in Theo we trust. Who knows? Maybe baseball will be alright.