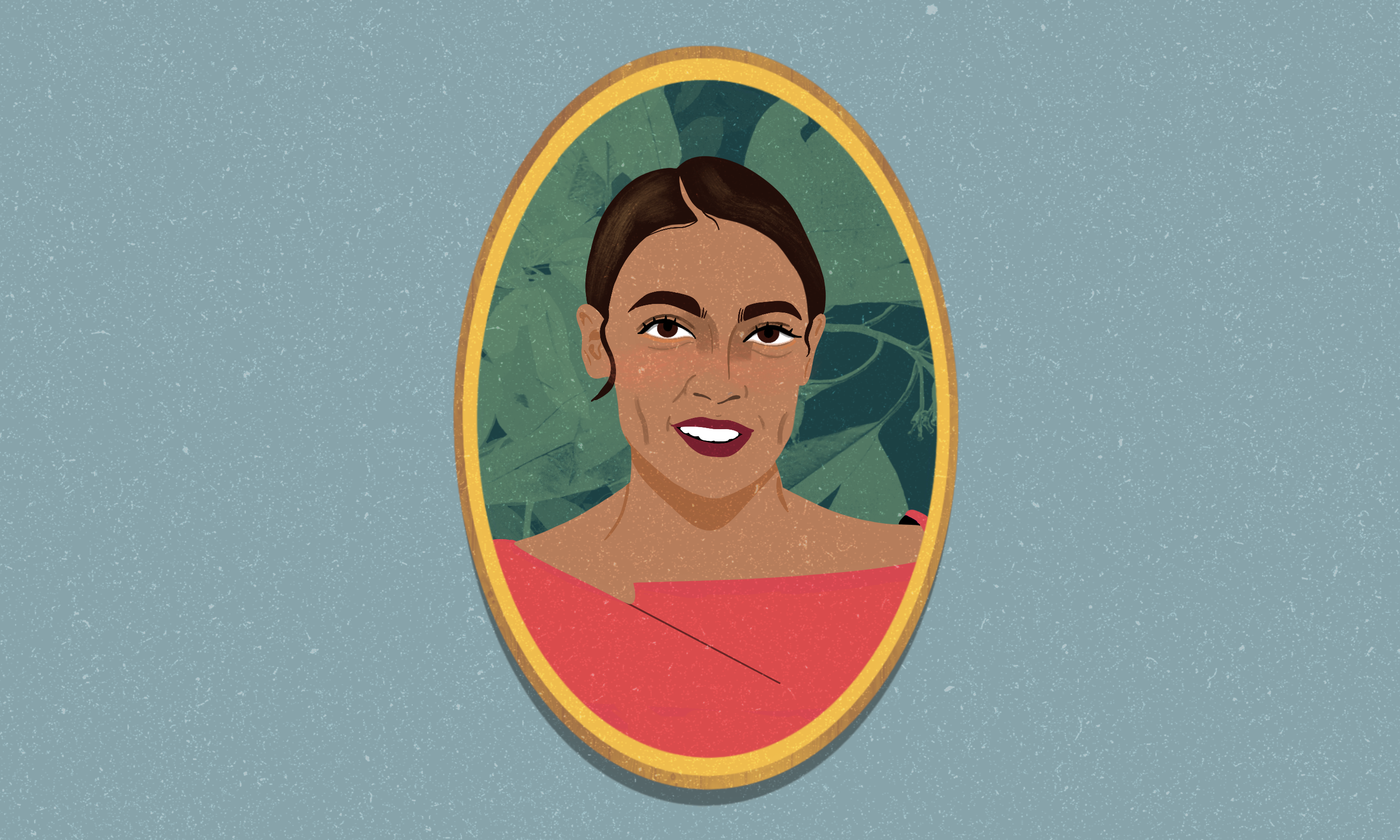 @AOC is live now. I clicked the Instagram notification’s accompanying glowing pink circle and was welcomed to a familiar sight. As I sat at the kitchen table finishing up homework, U.S. Representative Alexandria Ocasio-Cortez (affectionately known by her initials, AOC) sat in her office, nervously smiling into a selfie video and waiting for viewers to join the livestream.

In the video, titled “What Happened at the Capitol,” Ocasio-Cortez offered a carefully-worded yet seemingly unrehearsed account of her personal experience of the Jan. 6 Capitol insurrection—from trusting her instincts to hiding in her office closet from violent trespassers. Delivered straight into the camera and replete with raw emotion, her hour-and-a-half-long oral history account feels more like listening to a friend process hardship than to a politician updating constituents. “If you have experienced any sort of trauma,” she concluded, assuring those tuning in, “just the fact of recognizing and admitting that is a huge step.”

Since she was first elected in 2019 at age twenty-eight, AOC has become known for her lo-fi, inside look-type videos. When the Congresswoman moved to D.C. almost three years ago, she propped up her phone to chat with constituents while assembling IKEA furniture in her new apartment. Just last month, she hit record and casually took questions about the status of the COVID-19 relief package. By giving Americans a peak behind the congressional curtain, AOC’s Instagram live videos constitute a contemporary form of government transparency and accountability.

Since the inception of Facebook, Twitter, Instagram, and now TikTok, politicians and political candidates have used online platforms as a low-cost means of communicating directly with voters as well as a venue for fundraising and targeting messages to different demographics. Compared to her congressional colleagues, however, Ocasio-Cortez’s online presence is unique. Rather than prepared comments and taglines, she initiates continual, nuanced conversations through her posts. She often takes questions from her followers, answering live, where everyone can see. She also explains complex policy topics in accessible English, avoiding jargon and providing relatable examples of how a bill would affect her constituents’ day-to-day lives.

Throughout the Great Depression, the New Deal, and World War II, FDR utilized radio and “Fireside Chats” to reassure Americans about the nation’s recovery; in a modern parallel to this effort, AOC logs on to Instagram Live to inform Americans about the legislative process. She creates two-way information exchanges, using social media to position herself among her constituents, rather than above them. In mid-December 2020, for example, AOC live streamed a Q&A session while cooking dinner. She asserted her political philosophy while zesting a lemon: “Both Democrats and Republicans, when they indulge in these narratives of commonsense policies being radical, what they’re trying to do is really shorten the window of what’s possible.”

In less than three years in office, AOC has become a political force—shaping the national conversation on taxation, emerging as the face of green economic reform, and influencing what it means to be a progressive in America. While her sway within the halls of Congress has contributed to important political action, such as introducing the Green New Deal and passing the American Rescue Plan, her stardom has also contributed to an insidious trend in American politics: nationalization.

AOC’s fame and massive following has served to suck local, nuanced issues up into unfruitful, national-level debates. This is part of a larger trend in which there is an ever-growing disconnect between national political behavior and local realities. Contemporary political scientists have recently argued that shifting party platforms have led to highly nationalized voting patterns. Others have observed how the changing media environment has left the majority of Americans solely consuming national news media, causing many to only be engaged with and knowledgeable about national politics to the exclusion of state or local politics. Increasingly, Americans care more about what is happening in Washington, D.C. than in their home communities, looking not to local leaders for guidance but to officials and pundits in the capital.

According to Ezra Klein, political thinker and author of Why We’re Polarized, nationalization and polarization are mutually reinforcing processes. Without healthy political lives—consisting of local participation and community problem-solving—Americans are more likely to engage in rote political debates that rigidly split the country along party lines.

The rise of AOC has coincided with increased national polarization, and the young Congresswoman has become the face of the American left, playing a crucial role in widening the political rift. Since day one, GOP strategists have incessantly tried to fashion AOC as the mascot of Team Blue, hoping to scare white, non-urban voters away from the Democratic Party by peddling her signature policies as socialist bogeymen. The broader fringe conservative ecosystem also relies on AOC as an adversary, strategically using her as a political foil. For her part, Ocasio-Cortez has enthusiastically embraced her image as the enemy of corporations, billionaires, and white nationalists. While most politicians hold their cards close to their chests, AOC is an open book, using each of her livestreams to illustrate her democratic socialist vision for the United States.

Whether deliberate or not, AOC’s leadership has intensified the nation-wide ideological lines between American progressives and conservatives. Yet, the irony is this: She certainly was—and still is in many ways—the candidate of the local. Ocasio-Cortez was elected, in large part, because she proved that unlike the long-standing incumbent, she truly understood and represented the Bronx and Queens. Since winning (and re-winning) the seat, AOC seems to be searching for a balance between leaning into her unique national platform and grounding her focus back home. One of the first Instagram Live videos AOC posted during her first days in Washington presented a poll to her 8.8 million followers: “Would you rather have a Congress member with an amazing local services office, or one that leads nationally on issues?”

The solution to polarization is not for AOC to stop shaking things up in Congress. The American public needs representatives willing to spearhead forward-thinking policy discussions that garner national attention. Rather, AOC needs to highlight the power of local politics in achieving progressive goals. AOC, as well as other influential representatives with major digital followings, need to use their platforms to destabilize the idea that the most important politics are national. Using social media, she should encourage her followers to think local: to ask “What does my life—the things and people and places around me—actually look like on a daily basis?”

Each state, town, and community possesses distinct needs. Right now, faith in national democratic institutions is at its lowest, and many Americans have lost hope that Washington will ever identify or address those needs. The response must be a stronger connection to local leaders and reliance on local institutions. Only an increased proximity to democratic systems and problem solving processes can ease the frustration that stems from relying on a distant, unknowable system. With local participation and engagement, individuals can reconsider the preconceived axis of American political discourse.

The problem remains: Many Americans don’t know what local political participation looks like. By using @AOC as a platform for community information sharing, Ocasio-Cortez can illustrate the countless ways her followers can get involved at home, and she can celebrate and mainstream local political engagement. The shift is simple. Alongside her usual content, AOC should share local goings-on, like town hall discussions and weekend volunteer opportunities. Highlighting community leaders and promoting local new coverage could spur AOC’s millions of followers to seek out their own version of local involvement.

AOC’s social media reach is rare and valuable; millions of Americans see themselves in her. Rather than use her platforms to solely engage her followers in national debates, AOC should encourage them to contribute to their own local political conversations. From debates about the district school system to celebrating a community leader, no conversation is too small. Quite the contrary; any amount of local participation carries enormous potential for progressive change. When Americans can see progress right in front of them—especially if that change is the result of their own efforts—political frustration disappears. The very acts of brainstorming, creating, and fixing remind people that their actions matter. With her unmatched national platform, AOC has a distinctive opportunity to encourage the kind of local engagement that could quell American polarization. 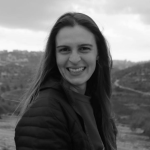 Cat Haseman
Cat Haseman is a MA Arab Studies student. She joined the SFS after spending a year in Palestine as a Fulbright grantee. A Thomas R. Pickering Foreign Affairs Fellow, Cat will enter the U.S. Foreign Service as a Political Officer upon graduation. Her research interests include systems of knowledge production, critical security studies, and progressive foreign policy. 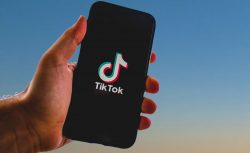