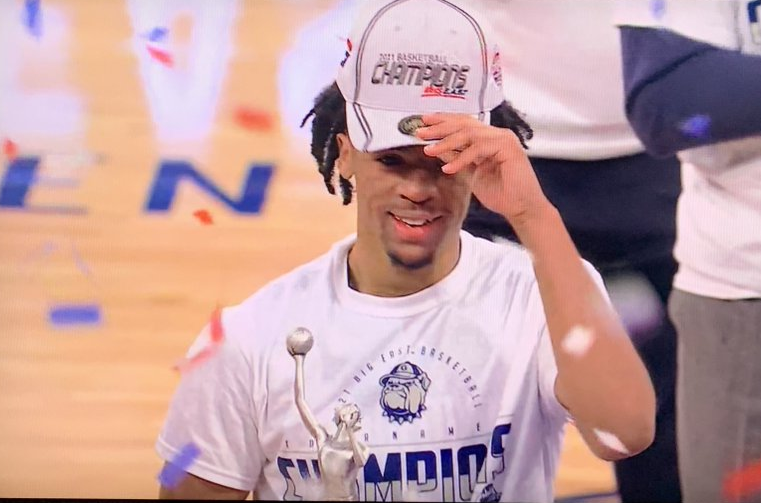 After a storybook run last season in the Big East Tournament led the Georgetown Men’s Basketball team to win their first Big East title of the Patrick Ewing era, enthusiasm for Hoya basketball is higher than it has been in nearly a decade. However, Ewing will have his work cut out for him if he wants to go dancing two years in a row, a feat the Hoyas have not accomplished since John Thompson III led Georgetown to four straight tournament appearances from 2010-2013. So, with that being said, let’s take a look at the recently announced schedule for a team that will have a lot to prove after the losses of Qudus Wahab, Chudier Bile, Jamorko Pickett, and Jahvon Blair, the team’s top four scorers from a season ago.

Patrick Ewing’s fifth year at the helm will begin with what *should* be an easy start, with three games against low-major teams at home. Dartmouth did not even field a team last year, American won just four games, and Siena, the most successful of the three, still finished 186th in KenPom rating and lost in the first round of the MAAC Tournament to Rick Pitino’s Iona.

Those games should end up as three wins for Ewing to figure out the rotation of a lineup that will undergo a lot of changes, which will be very important with the heavy influx of new talent. Freshman Aminu Mohammed will start, and expect fellow first-years Ryan Mutombo and Jordan Riley to receive significant playing time as well. Transfers Tre King (Eastern Kentucky) and Kaiden Rice (The Citadel) will also be expected to contend for starting roles. All in all, that means five of the top eight members of the Hoyas’ rotation will be playing their first games in the blue and gray this November, making these “get-right” openers all the more important.

The season really gets underway on Thanksgiving Day, as the Hoyas will fly to Anaheim to take part in the Wooden Legacy tournament, the same event which they were scheduled to compete in last year prior to its cancellation due to COVID-19. This year, the Hoyas face San Diego State in the first round, a team that lost its top three scorers from last year’s squad. The Aztecs earned a six seed in the NCAA Tournament last season and won their second straight Mountain West Championship before being upset by Syracuse in the first round of the big dance. Depending on the results on Thanksgiving, Georgetown will then face either USC or Saint Joseph’s on Black Friday, with the winners and losers of the two Thanksgiving games facing each other. USC is expected to be the favorite in the latter Thursday matchup, despite the departure of star big man Evan Mobley. The Trojans have added Memphis transfer and former five-star recruit Boogie Ellis to their roster and return a pair of double-digit scorers from last year’s Elite Eight team. Saint Joseph’s (5-15 in 2020-21) is looking to rebound as they move into the third year following the departure of the school’s all-time wins leader, Phil Martelli, who is now an assistant coach at Michigan. The Hoyas would likely be favored against the Hawks but would be underdogs to USC, especially given the tournament’s location in Anaheim, creating a semi-home environment for the Trojans.

Longwood (KenPom  #247 in 2021), UMBC (#172), and Howard (#314) round out the easier portion of the non-conference slate, but the Hoyas will face three power conference squads in December. The Blue and Gray will go up against SEC bottom-feeder South Carolina in what is their only true road game before Big East play, a very beatable TCU squad in the Big East-Big 12 challenge, and the headliner game of the non-conference slate: a Saturday showdown in Capital One Arena against rival Syracuse, where the Hoyas will be seeking revenge for last year’s 74-69 loss in the Carrier Dome.

All in all, the non-conference schedule is incredibly light for the Hoyas, who should be favored in all but the San Diego State and Syracuse games. However, if an at-large bid is on the table this year as Hoya fans hope it is, Georgetown needs to avoid taking losses in these games, something that has been an issue in recent years.

Big East conference play in basketball is simple – Georgetown will face each of the conference’s ten member schools both home and away, as Patrick Ewing attempts to achieve a winning record in conference play for the first time in his tenure at Georgetown.

Conference play opens with back-to-back road games against rebuilding Providence and Creighton teams. Both squads have posed a challenge to the Hoyas in recent years, but both have lost star players coming into this season, notably David Duke of Providence and Marcus Zegarowski of Creighton. If the Hoyas want to compete in the Big East, those are the types of games that they will have to win.

Other notable stretches come in late January (@ St. John’s, Villanova, @ UConn, @ Butler), and a brutal final stretch before the Big East Tournament (Senior Night vs UConn, @ Seton Hall, @ Xavier). Season ticket holders will be happy to know that the four biggest name conference foes: Villanova, St. John’s, Creighton, and UConn, all will come to Capital One Center on weekends, so expect a packed house on F Street for those tilts. Providence and Marquette round out the weekend home conference play schedule. Weekend home games in the previously announced non-conference schedule include Dartmouth, Siena, Syracuse, and TCU.

In terms of a general conference-wide outlook, I would expect the Big East to be slightly stronger in 2021-22 than the year prior despite the expected decline of Providence and Creighton. The return of Collin Gillespie, Justin Moore, Caleb Daniels, and Jermaine Samuels mean Villanova will not only remain the class of the conference but could be a legitimate national title contender.

UConn looks poised to continue their rise under head coach Dan Hurley, and Seton Hall and Xavier seem likely to take steps forward after both experienced down years during the pandemic. St. John’s, led by sophomore guard Posh Alexander, junior guard/forward Julian Champagnie, and a boatload of transfers, remains the conference’s wildcard that could beat anyone on any given night, but probably will also drop a game to DePaul.

With that being said, a seventh straight finish in the bottom half of the Big East seems likely for the Hoyas with such turnover and an improved league, but games are not played on paper. They are played on 94 feet of hardwood. The large number of new faces and a cakewalk non-conference slate leaves real room for optimism, but in just over a month we will get to see for real whether Georgetown surpasses pre-season expectations. 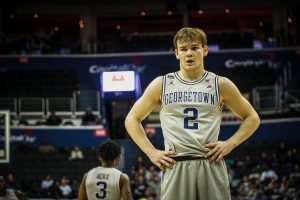 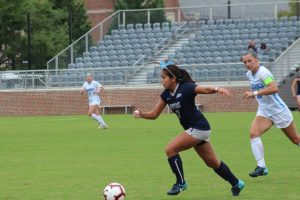