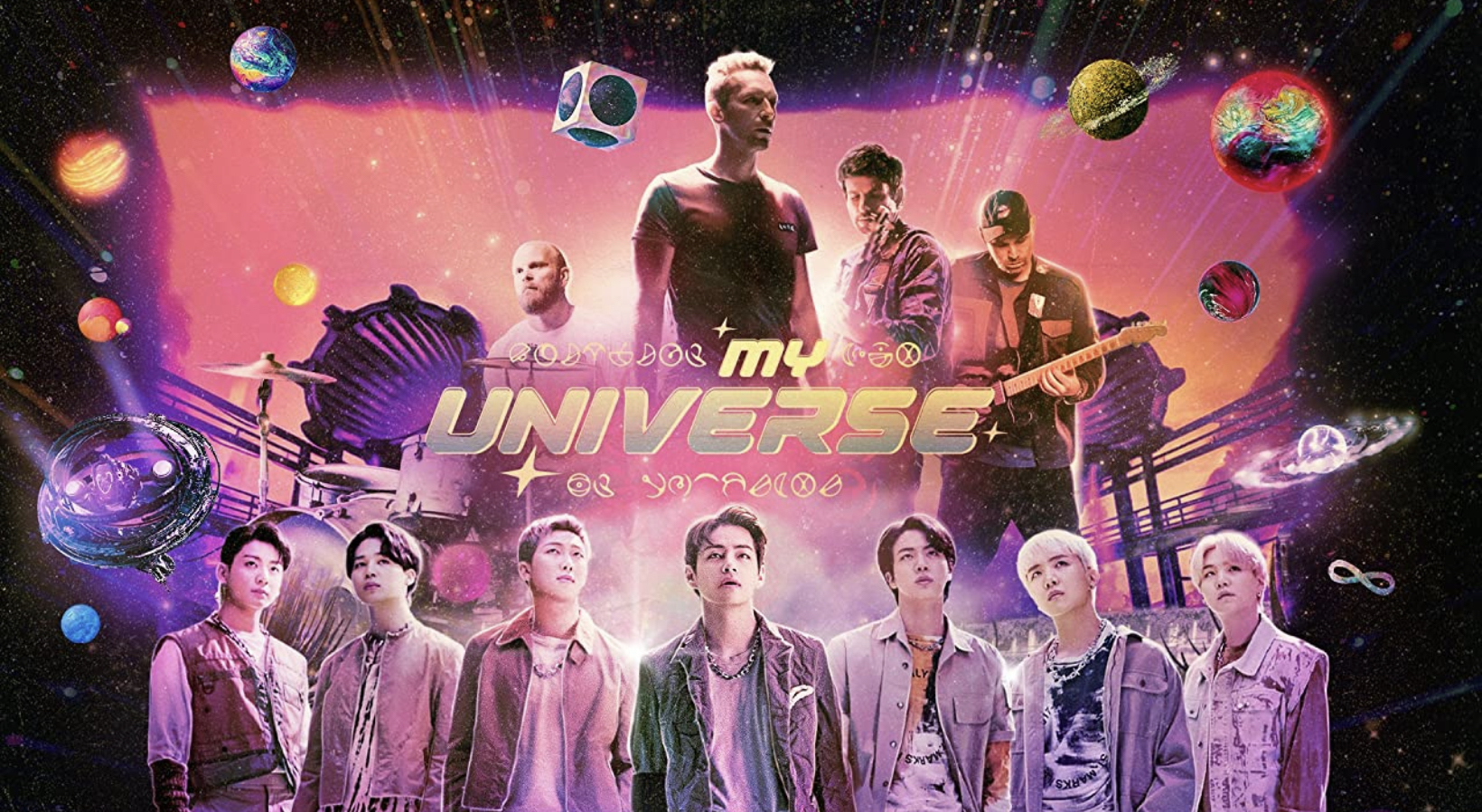 Coldplay and BTS, two of the biggest bands in the world, recently released their celestial collaboration “My Universe,” a perfect blend of their musical styles and philosophies. “My Universe” conveys a hopeful message about love that transcends boundaries, a theme especially relevant in the era of COVID-19.

The collaboration is the second single from Coldplay’s ninth studio album Music of the Spheres scheduled to release on Oct. 15. Rumors about BTS collaborating with Coldplay started circulating in February 2021 when BTS covered “Fix You” for their MTV Unplugged performance, but weren’t officially confirmed until September 13 when Coldplay’s “Alien Radio FM” Twitter account revealed the news of the single in a coded message. BTS members, who have been Coldplay fans since their youth, expressed their gratitude for the chance to collaborate with their idols. In the accompanying documentary to the single, BTS’s leader RM remarks, “As a band of our own, we got a chance to work side by side with a fellow band. That alone means so much to us. It makes us realize how far we’ve come.”

Back in April 2021, Coldplay traveled to South Korea in order to record “My Universe” with BTS. Due to Korea’s strict COVID-19 restrictions, Coldplay was required to undergo multiple rounds of testing in order to enter the country. Once they gained entry, they were required to leave after 37 hours. Despite these hurdles, the two bands managed to meet and successfully record the song. Although it was entirely possible to work on the collaboration remotely, Coldplay and BTS’s efforts to record in person truly adds sincerity to the song.

Regarding the message of “My Universe,” Coldplay’s frontman Chris Martin explains in the documentary, “The song is about how the power of love transcends all things: borders and rules and gender and race and every sexuality… about how nothing can really stop people from loving each other.” Coldplay is no stranger to using music as a medium to promote love and acceptance, and neither is BTS. As BTS’s rapper Suga comments, “The universe created by you and me—that’s in line with the messages we’ve been trying to get across.”

With English and Korean lyrics written by both Coldplay and BTS, the song is an equal balance of each group’s distinct sounds. “My Universe” starts off strong with a chant of “You, you are, my universe” that immediately brings into mind stadium tours and the image of crowds chanting back the phrase, a bittersweet reminder of the pre-COVID era. The opening synths drop into a bright pop guitar melody with Chris Martin crooning “In the night I lie and look up at you / When the morning comes I watch you rise.” Later, a seamless transition into BTS’s vocalist Jungkook’s smooth and bright vocals mark the first appearance of Korean, with the second being BTS’s V, whose velvety baritone complements lyrics of “It used to be that I felt more comfortable in the darkness / within the long shadows.” The placement of BTS’s Jimin’s high harmonies throughout the song also offers a nice contrast to the lower melody of RM (who sings instead of rapping as usual) and Chris Martin, who also sings some Korean lyrics. The combination of the vocals truly depicts the lyrics they sing, “Because we come from different sides.”

The bridge allows BTS rappers j-hope and Suga to each shine with their own unique flows. j-hope’s rap is reminiscent of his verse in “Blue and Grey” from BE with a mellow timbre that deviates from his usual playful and energetic style. Suga’s low rap layered over his higher-pitched vocals echoing in the background is the epitome of comfort as he intones, “Because the trial we face now is just for a moment / all you have to do is keep shining bright like now.”

Bringing together two bands from different sides of the world united through a shared passion for music, “My Universe” serves as proof that love can overcome any and all boundaries, whether it be nationality, race, or even a pandemic. While COVID-19 persists across the globe, the song serves as a hopeful reminder of the day when people around the world can reunite and embrace each other once again. 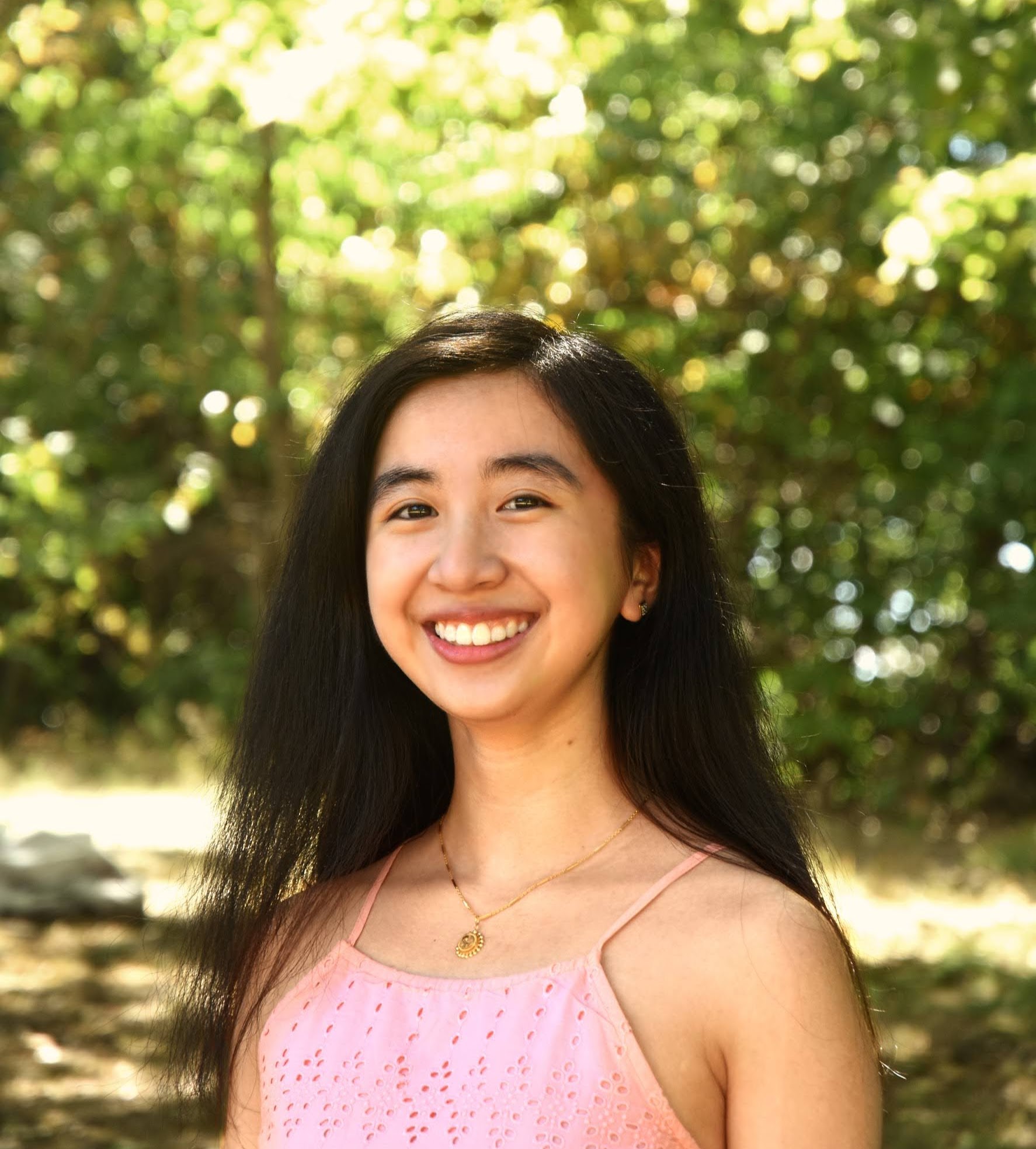 Eimon Aung
Eimon is a freshman in the SFS studying International Politics from Boston, MA. When she's not giving dirty looks at people making noise in Lau 5, she can be found fawning over houseplants, reading fanfiction, singing, or trying not to fall asleep in class. 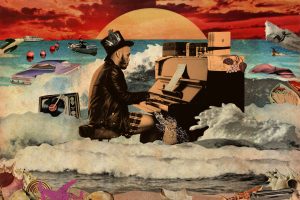