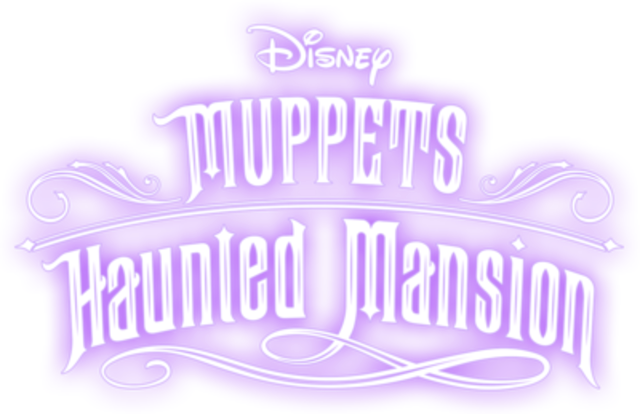 Since the Muppets premiered in the late 1970s, the musical ensemble has become a timeless pop culture phenomenon that has continually released a slew of holiday specials that enabled them to spoof on popular trends of the time. These specials typically contain a laundry list of celebrity cameos and a variety of songs in conjunction with the numerous comedic bits that form the majority of these productions. A heartwarming message surrounding friendship, believing in yourself, and/or family bookends the inevitable shenanigans that hopefully bring another chuckle from the audience. For better or worse, Muppets Haunted Mansion, the franchise’s only Halloween special, follows this formula to the letter, and one’s enjoyment of the event is dependent on two main factors: their knowledge of the Haunted Mansion rides in Disney theme parks and the entertainment derived from the two leads’ interactions.

The special focuses exclusively on the trials of Gonzo, a blue daredevil performed by Dave Goelz, and Pepe, a fame-obsessed prawn performed by Bill Baretta, as they try to spend the night in an infamous haunted mansion. Despite numerous warnings against this course of action, the two enter the mansion before being subjected to comedy bits inspired by the Haunted Mansion rides and the potential dangers lurking around the corner. Of course, they eventually find their way out and learn a valuable lesson on friends and facing one’s fears.

The biggest obstacle inhibiting viewers’ experiences of this special is the fact that it is based on a specific ride from Disney theme parks. Outside of a few key moments, the story follows the progression of the ride with many jokes relying on the audience’s familiarity with the source material. While this is one of the more famous rides at theme parks (there’s a whole movie based on it), this choice limits the enjoyment of the special for an unfamiliar audience. Some elements of the ride are strong enough to stand on their own and there are original bits focusing on traditional Muppet antics or celebrity cameos, but numerous jokes in the special and entertainment value are dependent on having a general knowledge of the ride’s plot. For example, the characters stop in the middle of a musical number for a quick sequence of jokes about the ride breaking down. This is fine for people who understand this scenario and are familiar with theme park rides, but it limits the amusement for those unaware.

A smaller obstacle that may be a draw for some viewers is the dynamic between Gonzo and Pepe . Gonzo plays the straight man who provides the emotional resonance for the audience so that Pepe can act solely as a comedic character. This is not an uncommon set-up for the Muppets, but it does mean that a viewer’s enjoyment of the special—both in an emotional and comedic sense—is dependent on how they connect with these characters. Gonzo performs well enough in this role by providing relatable goals and fears, even if his reactions to the event is bland at times due to his serious role in the story. He is serviceable and provides a solid message of friendship, especially in light of his heroics near the end of the special. Pepe’s comedic value varies widely and will be dependent on the viewer’s particular sense of humor, similar to any character fulfilling the archetype of the comedic sidekick. His jokes primarily revolve around longing for fame and love alongside becoming increasingly frightened by the events around him. There are numerous side characters and gags that provide other bits of humor to these scenes, but the core of comedy comes from Pepe and his actions. If you don’t find a prawn eventually becoming terrified of even harmless actions amusing, the comedy in this special may be less appealing to you.

The production’s other features range from adequate to good. The special effects are impressive, especially in the manner in which the computer-generated imagery (CGI) ghosts are implemented with the traditional puppetry. However, the special effects are occasionally used in strange places such as when candlestick flames are created using a computer rather than simply being lit. The use of CGI can likely be chalked up to possible safety issues or Disney’s over reliance on the method for its productions. It almost appears as though some sets—including simple ones like the mansion’s entrance—are created through CGI, taking away the authentic feel of certain environments in the movie; this is particularly dangerous for the Muppets since their credibility relies on the audience believing they exist in a physical space. Of course, the puppetry is great at conveying the emotions of the characters while particularly fun designs—the shrub monster comes to mind—bring an important aspect of visual spectacle and creativity. Each  character fulfills their role adequately with some celebrities having obvious fun with their screen time, giving the movie a breezy feeling and inviting the audience to relax alongside familiar actors.

The special accomplishes what it set out to do: make an entertaining, if undemanding, special that brings familiar Muppet antics into the Haunted Mansion atmosphere. Despite the film’s appeal to younger audiences, its mileage depends on one’s familiarity with the Haunted Mansion and enjoyment of the dynamic between the protagonists. One should not come into this special expecting a spectacular Halloween romp featuring the Muppets. View it instead as a by-the-numbers Muppet special with interesting subtext on how Disney synergizes and utilizes particular elements of their empire.