In a sea of lifeless reboots, Halloween (2018), directed by David Gordon Green, set itself apart by being a surprisingly tasteful revival of the 1978 Carpenter classic. Green’s sequel Halloween Kills (2021) aims to keep up the momentum, in a follow-up that is more gory and aggressive but also a bit more bland than its antecedent. What results is a mixed bag of a film, repeating many of the successes and pitfalls of its predecessor.

Halloween Kills picks up just minutes after the end Halloween. Laurie Strode (Jamie Lee Curtis) is whisked away to the hospital following her fateful showdown with Michael Myers (James Jude Courtney), who himself is left trapped in the basement of the flaming Strode residence. Myers, in a plot twist, has actually survived the finale of the previous film, which the Haddonfield fire department is disastrously unaware of. With Myers alive and as bloodthirsty as ever, the Halloween night murder spree continues and Halloween Kills ensue.

Just as the 2018 reboot did, Halloween Kills instantly demonstrates a fervent understanding of the base but captivating appeal of the slasher flick: the harrowing dynamic of squishy humans and a man with a knife. In one of Michael Myers’s bombastic first appearances, he’s seen slowly picking off firefighters amid a crumbling house fire before the scene eventually crescendos in a gorey brawl with the entire department, complete with hoses, axes, and even an electric saw. Michael is equal parts stalker and rampager, a force of pure evil but not one without a flair for the artistic. Repeatedly throughout the movie Myers is shown arranging the corpses of his victims before vacating the scene, a nod to the original that is complemented well by the supporting cast’s terrified reactions. This cast is composed of various residents of Haddonfield, whose constant shock at Michael’s actions reinforce that Haddonfield is his town, and its citizens his playthings. Myers is a defined source of anxiety for the Haddonfield community, giving the killer a presence both on the screen and off.

Aiding immensely in this effort is Courtney’s commanding performance. Coming in at 6’3”, Courtney towers over the rest of the cast. His imposing physicality, combined with his methodical, almost robot-like movements, imbue Halloween Kills’s Michael Myers with a kind of controlled animalism that is practically intoxicating to watch. Anytime he is on screen, Myers never fails to steal the show.

Halloween Kills gives us a shining centerpiece in Michael Myers, which is why it is so difficult that much of what surrounds him feels so forgettable. The movie especially struggles when attempting to hit any of its intended emotional beats. The film certainly has a large ensemble, a bloated set of characters who each get too little development to generate any genuine audience investment. Ultimately, the characters of Halloween Kills all feel like bags of meat existing only for Myers to eventually rip through, a typical blunder in the horror genre. This frustration is compounded by the film’s choice to sideline Laurie Strode to the hospital for the movie’s entire runtime. It was refreshing to see 2018’s Halloween make a conscious effort to situate female leads with agency at the center of its plot, so for Halloween Kills to regress on this front by effectively neutralizing the previous film’s lead is extremely disappointing. It should be noted that this choice was most likely done to save Laurie for the climactic final confrontation in the already announced Halloween Ends coming out in 2022, but it is an irritating decision nonetheless.

Also irritating is the film’s failure to capitalize on the theme of communal trauma, a theme which 2018’s Halloween laid a foundation for. The film’s refusal to offer more nuanced and emotionally-potent reactions to Michael’s killings was a huge missed opportunity to give Halloween Kills the added depth it is sorely lacking, and the depth that the last film was clearly starting to work toward. There are scenes where Halloween Kills attempts doing this, but the cheesy performances and overly dramatic dialogue undercut any possible success. These acting and writing choices work as homages to cheesy early-80s horror, but completely fall flat when Halloween Kills wants its audience to actually start caring about anything.

There is one scene that falls flat the most egregiously, involving one of the patients who escaped by proxy of Michael’s escape in the 2018 reboot movie. In Halloween Kills, this character gets mistaken to be Michael himself by an angry Haddonfield mob, and is subsequently hunted down. While clearly sympathetic to the plight of this patient and a valiant effort to comment on mob mentality, this moment succumbs to some of typical stereotypes that plague on-screen representation of disability, and it comprises another area where Halloween Kills takes a swing and a miss.

Overall, Halloween Kills contains enough thrills and classic horror gore to be an easy recommendation to any fans of slashers, or just someone who is looking to get into the Halloween spirit. Though, outside of Michael Myers himself, it is immensely discouraging to see just how uninspired and forgettable parts of this movie can get. The film’s cast is stuffy, its attempts at emotional resonance stumble, and its cliffhanger ending feels rushed and cheap. It is hard to shake the feeling that Halloween Kills is an underwhelming interlude before the climax of this new trilogy, where the story will really be able to let loose. Hopefully by then, the feeling that is hard to shake is fear. 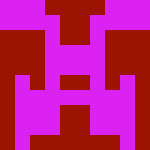 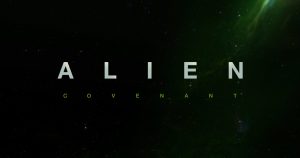 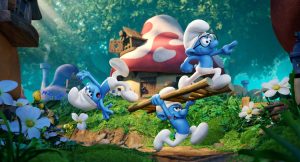