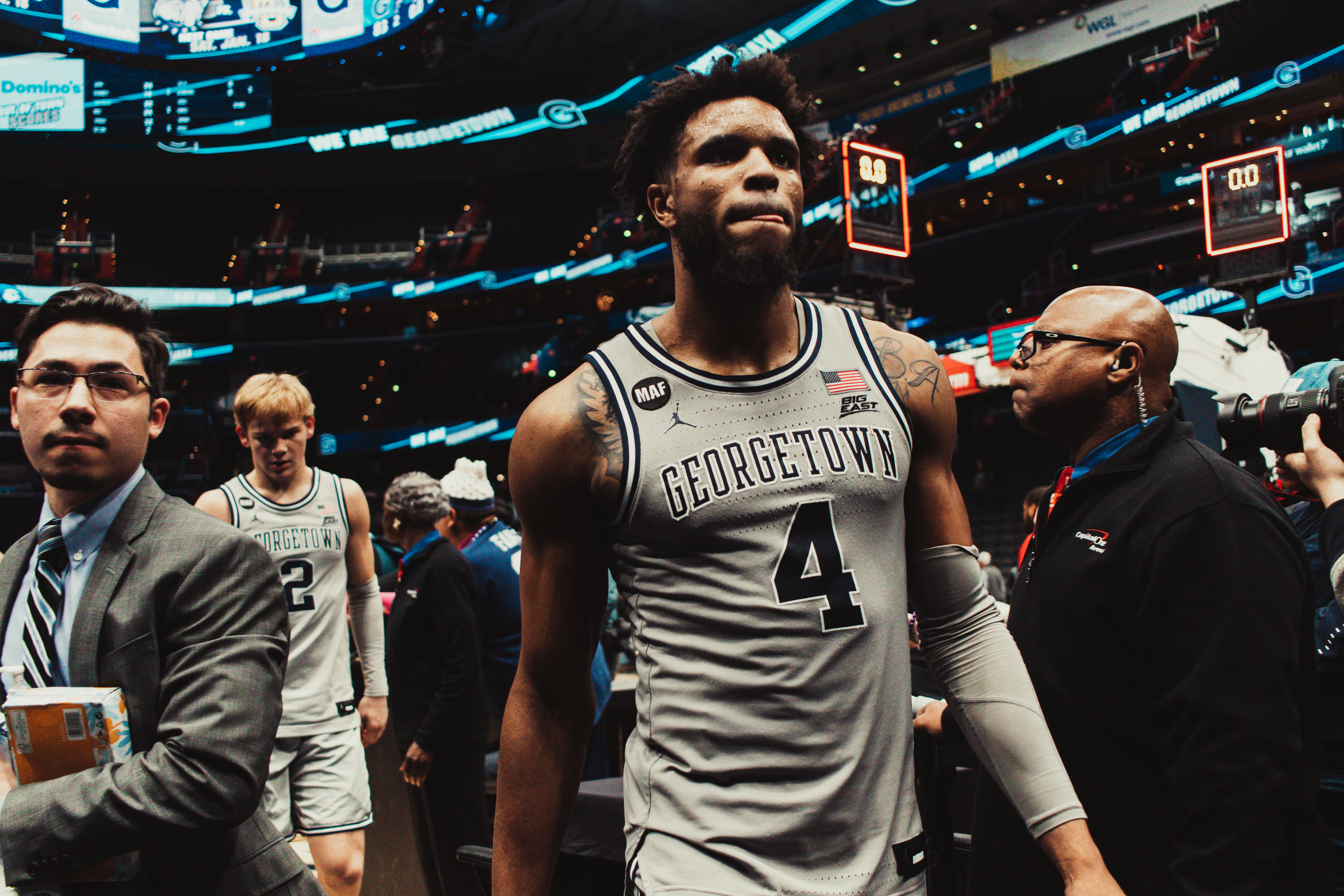 Patrick Ewing, Dikembe Mutombo, and Allen Iverson: NBA legends that have shaped Georgetown basketball and defined the program as one that produces professional talent. These may be the most well known names to ever don a Georgetown jersey, but they represent only a fraction of the total number of players who go on to play professionally after their time on the Hilltop. From Georgetown’s heyday in the early ’80s to now, the Hoyas have not let up in sending players to play pro ball.

The most-followed former Hoyas might be those in the NBA, but the Hoyas have also sent talent into the WNBA circuit: Sugar Rodgers in 2013, Rebekkah Brunson in 2004, and Katie Smrcka-Duffy in 2001 were all drafted after their collegiate careers. And dozens of Georgetown grads have taken their skills overseas.

Georgetown’s professional legacy plays a significant part in how recruits and opposing teams alike view the program. Because of this, former Hoya guard Chris Wright explained, it is critical “to uplift those names and those brands and keep them high on the pedestal for a long long time, because that’s our history, that’s our lineage.”

Wright joined that lineage during a successful Hoya run from 2007 to 2011 and makes a point not to forget the ones who came before him.

“There’s such a rich history and Hall of Fame players and big-time players that played in the NBA,” Wright said. “You know, Jaren Jackson, there’s so many others, Othella Harrington, Mike Sweetney. There’s a lot of great players who have reached the NBA.”

Even athletes who graduated just last year—Jamorko Pickett, Chudier Bile, and Jahvon Blair—have found homes in pro leagues. Bile was recently selected in the NBA G-League Draft by the Greensboro Swarm, while Blair plays for Lavrio B.C. of the Greek Basket League.

Pickett has had the most notable rise of the trio. Undrafted last summer, he was invited to participate in the NBA Summer League for the Detroit Pistons and then training camp with the team, inking a two-way contract before the regular season. Pickett is one of four former Hoyas currently in the NBA, joining Jeff Green of the Denver Nuggets, Omer Yurtseven of the Miami Heat, and Otto Porter Jr. of the Golden State Warriors.

Former Hoya Jagan Mosely, who graduated in 2020 after playing four seasons with the Georgetown men’s basketball team, knows the role Georgetown can play in getting guys to the next level. “You see what happened with Jamorko Pickett: He did his four years, you know, he had his ups and downs, and now he’s thriving and he’s in the NBA,” Mosely, who plays pro ball in Europe, said. “I think everybody’s story is different, but Georgetown does give you a great platform to showcase your abilities playing in the Big East and also having that rich history.”

There are certainly traces of Hoya blue across the NBA, but Georgetown’s reach also extends far beyond the American border to professional leagues overseas, where more players have found success.

Each league abroad provides a competitive atmosphere and the opportunity to experience different cultures and parts of the world, all while players get to do what they love. “Going from place to place, the language, the food, the people, the type of basketball that’s played; some leagues are more athletic, some leagues are bigger, some leagues are more guard-oriented,” Wright said of his time playing overseas. “The knowledge that I’ve obtained, and the wisdom that I have, just from being in different countries and being exposed to different people and different styles of the game is crazy.”

Wright is one of about a dozen Hoyas playing internationally, suiting up for Bertram Tortana of the Lega Basket Serie A of Italy. The team secured its promotion to Italy’s top tier at the end of last season. Coming out of college, Wright bounced around different leagues both in the U.S., including an NBA stint with the Dallas Mavericks, and abroad, before landing in Italy.

“I knew I could always play in the NBA—that was never a doubt in my mind—it was just a matter of when and how I was going to get there,” Wright said. “It was an accomplishment that I’ll never forget. I went to a great organization in the Dallas Mavericks.” Wright describes playing with stars such as Dirk Nowitzki, Vince Carter, and Shawn Marion as the pinnacle of his career.

Mosely, on the other hand, went straight to playing international ball as well for CS Rapid București of the România Liga Națională and has had to adjust to life in new countries with new teams.

“It’s obviously much more physical because you’re playing with grown men, but I think Coach Pat [Ewing] did a great job of just preparing me for my professional career,” Mosely said. Mosely regards lessons on the ins-and-outs of the point guard position and how to read the floor as some of the most beneficial parts of his time with the Hoyas. “My four years being able to play different positions at Georgetown was definitely beneficial for me and my pro career going forward,” he explained.

Georgetown basketball seems to be back on the rise as a program, opening the possibility that more pro Hoyas will join the already extensive list.

Once players graduate and some go on to different pro leagues, their Hoya pride very much lives on. “We’re all still in contact,” Mosely said. “I feel as if even if we all weren’t playing basketball anymore we’d still be in contact, just with the brotherhood that we built over the four years at my time at Georgetown.”

Wright found a similar bond with his teammates. “I talk to my guys that I played with literally every day. We stay in contact, we’re brothers,” he said.

“There’s a bond that just won’t be broken between us because we went through the same things.”

Alex Brady
Alex is a junior in the MSB from Chicago. He is a sports junkie who loves basketball and his hometown Bulls.

Jamorko Pickett’s continued rise: The incredible journey of D.C.’s own after Georgetown 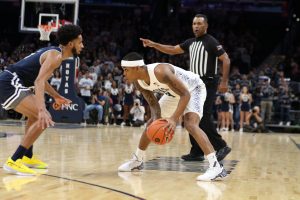