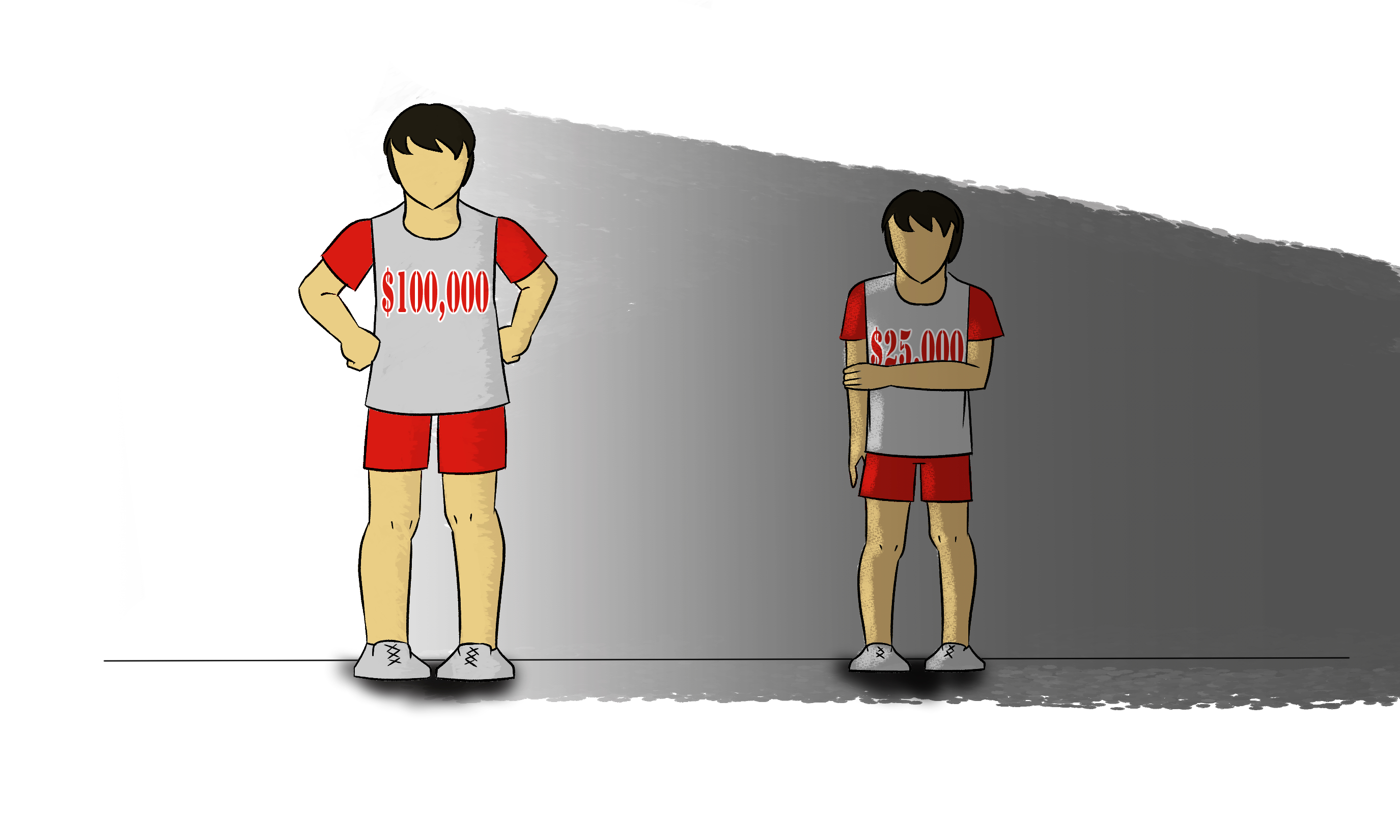 It’s a cool Saturday morning. The air feels a bit crisper, and the sun is shining a bit brighter. It was a long week at school, but you can finally put that all to the side and focus on the one thing you’ve been looking forward to all week: your soccer game.

Those feelings—the feel of the breeze, the camaraderie of the team, and the satisfaction of a well-played game—are core memories for many Americans who have a past with youth sports. The lessons, skills, and healthy lifestyles that come out of youth sports are invaluable, and they should be available for kids across America’s socioeconomic spectrum. But they’re not.

The problem? The “explosion of travel-team culture,” as Tom Farrey, executive director of Aspen’s Sports and Society program, describes. Rich parents can afford to put their kids in what he calls “super teams,” which are essentially the name brand, most competitive, highest quality, and best resourced programs in the wider area.

“A lot of clubs nowadays are going into what they call ‘super clubs’— they go out and buy all these smaller clubs,” Ed Dawson, a coach with 20 years of experience at Town n’ Country Soccer in Tampa, Florida, said.

“We’ve got our one little club. We keep our kids, they stay for a while until they’re offered something by one of these clubs who come in and say ‘We’ll offer you a chance to play in MLS [Major League Soccer], but you need to give us $4,000.’”

Kids who aren’t in the top clubs feel that they have no future in their sports, given that they likely won’t be noticed the same way players in well-off clubs will. In order to get recognized by college scouts, young athletes outside these elite clubs either have to work even harder in their sport or find different ways to get noticed if they want to play at the next level. Kids who end up not playing entirely miss out on the social and health benefits of youth sports as this culture sucks the enjoyment out of the game. This pay-to-play culture has also left more traditional and affordable local clubs with significantly fewer resources.

The result: fewer players in local clubs, meaning less money, and even less support for the traditional clubs with overall dropping participation in youth sports. Meanwhile, regional elite programs monopolize their respective sport and charge higher fees, and participation concentrates among the upper-class who can afford it. Not only are youth sports dominated by the wealthy, but so are college athletics and even professional sports. The pipeline reproduces itself.

“These clubs get in there to the parents, they offer things that really don’t happen, like the possibility to play in the Olympics and college soccer.” On top of that, the promises made to kids of more playing time and development aren’t always met. “When those kids want to go back, they can’t because they still owe money and a lot of kids leave the game,” Dawson said.

“These are for-profit organizations. Tampa Bay United [a local ‘super club’] had a surplus amount of about $2 million,” he added.“While we were unable to maintain our fields with what we were able to charge our kids, they were getting new turf fields.”

In the midst of all of this, the rising phenomena of expensive training camps and showcase camps have become another roadblock for kids in lower-class families. Much like elite clubs being prime recruiting spots, these expensive showcase camps have also become something that prevents players from poorer families from being noticed. Once again, many young athletes excluded from the system feel they have no future in that sport.

“Super clubs” are an issue of economic inequality and for-profit intentions taking priority over just letting kids play their sport. According to a study from the RAND Institute, the most-cited reason for why potentially interested youths from middle and higher income families did not participate in sports was that the time commitment was too high. On the flip side, lower income families primarily answered that it was too expensive.

Kids should not be kept from playing youth sports because they can’t afford a “super club.” Frankly, there should not even be “super clubs.” The social and health benefits of sports, the joys and memories of thousands of America’s youth are being stripped away because of things totally beyond their control; even potential college and professional pathways are being taken away from promising young athletes. If young athletes have a will to succeed, they should have a way to succeed.

The priority of the modern youth sports club should not be to monopolize its local area in order to increase its numbers, increase costs, and look more attractive to uniform sponsors like Nike and Adidas. Rather, youth sports should go back to what they were always supposed to be: a space for children to have fun, learn life lessons, and fall in love with a sport. The only solution is to open up the system. Make youth sports affordable andless corporate, and tone down the level of competitiveness forced onto kids so early.

We do not need elite clubs or super teams to send our kids to the pros at seven years old, and families should most definitely not be forced to cough up $4,000 for lofty promises. The most important thing is that kids participate in physical activities they love. If the system doesn’t let everyone play and provide a level playing field for kids to pursue a future in their respective sport, classism is reproduced throughout athletic structures, and wealthy families prop up “super clubs” while the rest are left behind. Support your local youth sports clubs; change the narrative.

“The best thing for youth soccer would be to keep these large corporations away from it. Just let kids be kids and play the sport and have fun with it,” Dawson concluded. “Just let kids play.”