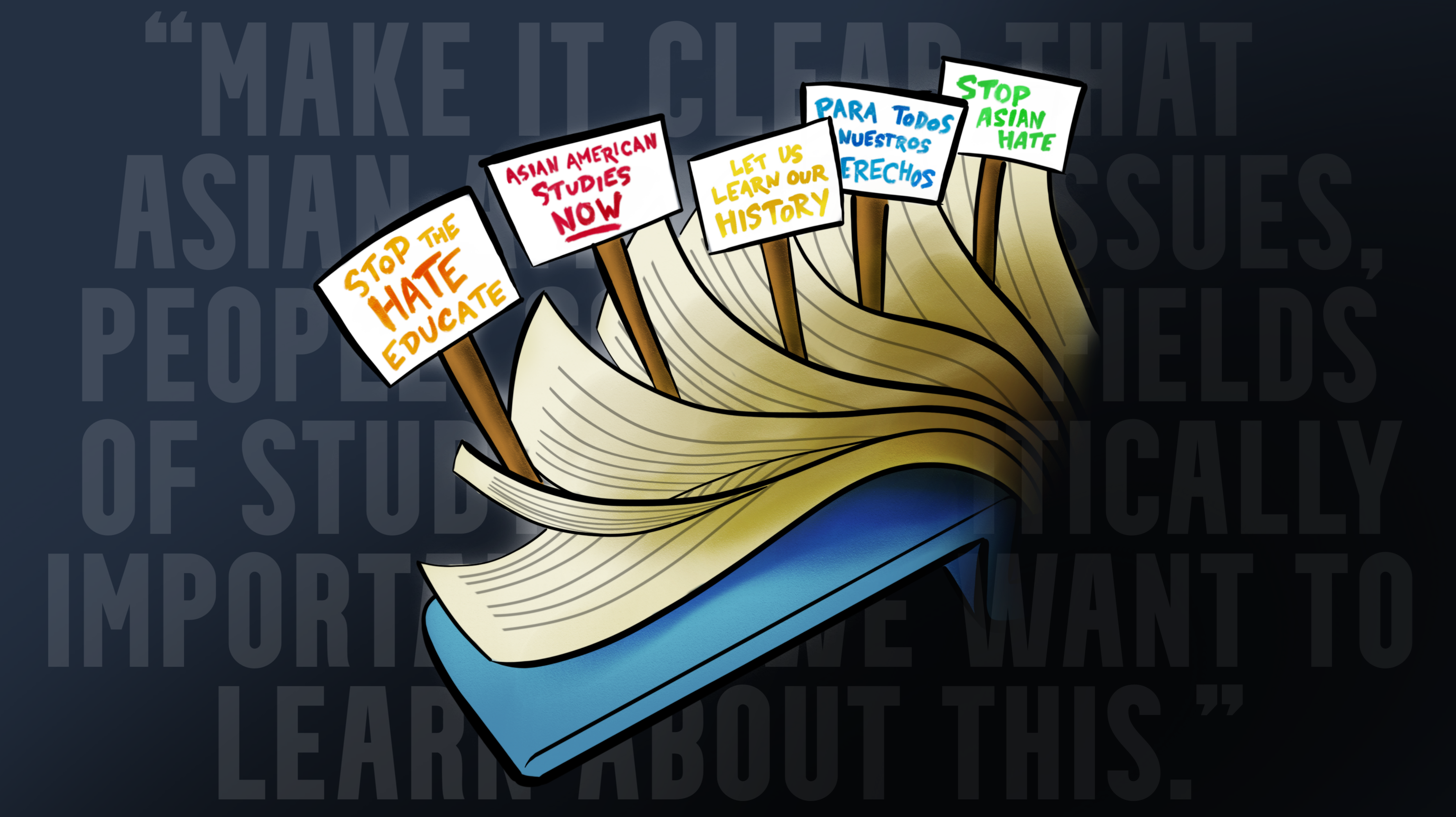 Professor Christine So wants to know why English is the only department at Georgetown with an Asian American studies scholar in it. In the spring of 2019, two years after she started teaching at Georgetown, she created an Intro to Asian American Studies course that explores what it means to be Asian American, factoring in its connection to class, ethnicity, sexuality, and more.

But despite the apparent success of her classes—with dozens of students in waitlist spots and eager requests for higher-level courses—So is still the only full-time faculty member at Georgetown specializing in Asian American studies. This, according to So, is not just a detriment to the Asian student body, but Georgetown academia at large.

Since 2009, Georgetown has considered implementing its own Asian American studies program, establishing working groups to recommend changes to foster cross-cultural changes in academics. President John J. DeGioia and former Provost James O’Donnell reaffirmed their commitment to exploring and developing new resources and programs for Asian American studies through public letters written in 2010 and again in 2015.

Four years later, the university still lacked an Asian American studies program. “If Georgetown’s goal is to educate its students to be responsible and active participants in civic life, its current lack of ethnic studies courses is wholly incompatible with this,” a description for Georgetown’s Asian Pacific Islander Leadership Forum’s (APILF) 2019 photo campaign titled “Georgetown Doesn’t Teach Me” reads. Modeled after similar efforts at schools including Yale, Duke, and Dartmouth, the movement called upon the administration to fulfill its commitment to Asian American studies curricula.

According to a report from the Stop AAPI Hate coalition, over 140 hate crimes were committed against Asian Americans in the D.C., Maryland, and Virginia area between March 2020 and March 2021. During that same timeframe, San Francisco experienced a 567 percent increase in reported crimes against Asian Americans and Pacific Islanders. Between March 19, 2020 and Sept. 30, 2021, the coalition reported a total of 10,370 anti-Asian hate incidents nationwide.

Last April, after Georgetown failed to make sufficient headway, APILF held a three-part summit advocating for an Asian American studies program at Georgetown in response to the national surge in anti-Asian hate crimes.

Most recently, the George Washington University Asian American Student Association hosted a panel on Jan. 26, following the creation of an Asian American Studies minor after three years of student advocacy, including a 2020 petition that garnered over 2,500 signatories. The minor was formed not only due to student advocacy, but GW faculty who expressed interest in creating courses for the new minor.

Georgetown, according to So, still lacks that resource base. “I would say that there has been a lack of interest in hiring scholars in Asian American studies, Latino studies, U.S. indigenous studies,” So said.

According to So, Georgetown currently only has five full-time faculty teaching race and U.S. ethnic studies outside of the African American Studies curriculum: Shelbi Meissner, a professor of philosophy and the only Indigenous studies specialist, three Latino studies professors, and So. She added that the lack of faculty threatens the stability of existing race and ethnic studies courses and makes it impossible to implement new programs.

According to Brian Hochman, the director of the American Studies Program, the program is currently working to strengthen offerings in Asian American, Latino, and Indigenous studies.

“Georgetown’s support for the field—as well as allied fields, such as Indigenous Studies and Latinx Studies—has been lacking,” Hochman wrote in an email to the Voice. “We are currently working on a joint proposal to hire in this field. This is a major priority for us.”

“Ask the departments and university to hire faculty and Asian American Studies,” she said. “Make it clear that Asian American issues, people, courses, fields of study are critically important.”