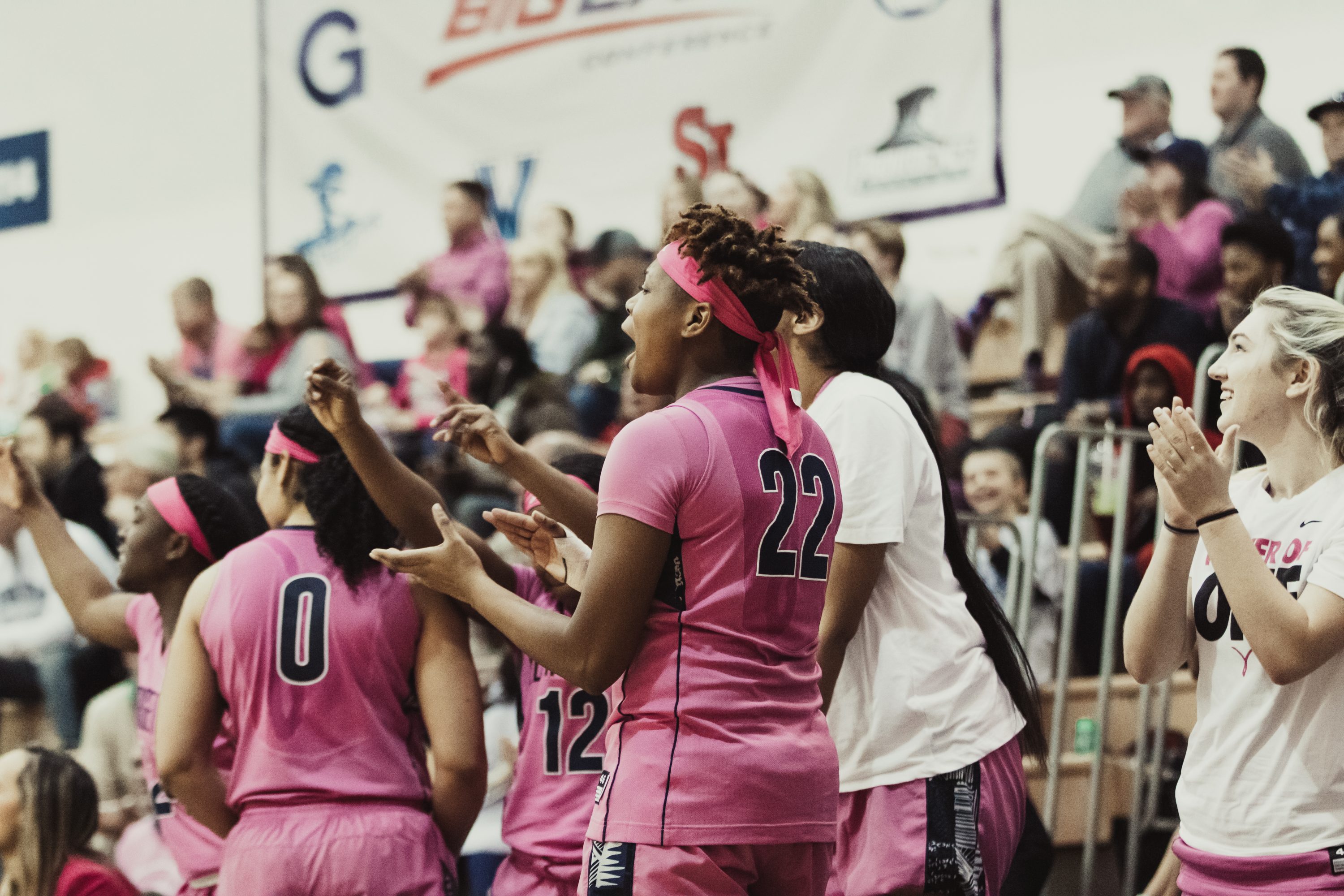 Members of the Georgetown women's basketball team cheer during a game against Villanova on Sept. 10, 2019. Photo by John Picker

The Georgetown women’s basketball team (7-13, 2-10 Big East) fell 60-50 to Seton Hall (12-10, 7-7 Big East) on Wednesday in front of the Hoyas’ largest home crowd of the season. Despite being in foul trouble throughout, sophomore guard Kelsey Ransom led the Hoyas with 12 points and three assists, while graduate forward Jillian Archer chipped in 11 points and 17 rebounds. Seton Hall junior guard Lauren Park-Lane and senior center Sidney Cooks led all scorers with 14 points each.

This contest was the Hoyas’ first home game since the Georgetown Athletic Department faced backlash due to inequities in promoting men’s and women’s basketball games. It was also the first game without senior center Graceann Bennett, who recently lost her mother. Both teams stood for a moment of silence before the game started and the team was wearing yellow ribbons on their warm-up shirts.

Seton Hall was able to score at will in their previous match-up with the Hoyas, outscoring Georgetown 91-62. Park-Lane and graduate guard Andra Espinoza-Hunter combined for 45 points and the Pirates shot a scintillating 19-32 from three-point range in the rout. Head Coach James Howard’s game plan likely involved running Pirates shooters off the three-point line and getting the ball out of Park-Lane and Espinoza-Hunter’s hands as much as possible. The duo is fourth and fifth, respectively, in points per game in the Big East. For much of the game, Howard’s team executed.

The start of the game was a cagey affair. Neither team scored in the first four minutes until senior center Shanniah Wright finally broke the drought and gave the Hoyas an early lead. Throughout the opening quarter, both teams paired swarming defense with a stilted offense. The score after the first quarter was 10-7. Wright played well early, mitigating the absence of Bennett in the middle.

The defensive atmosphere continued into the second quarter, even though Ransom was stapled to the bench with two fouls. Graduate guard Kaylin West knocked down the Hoyas’ first three 5 minutes into the second quarter. This was quickly followed by a three from graduate guard Milan Bolden-Morris as the Hoyas opened up a four-point lead. Unfortunately for the Hoyas, this would be their final three of the night. Graduate guard Mary Cloughtery and Bolden-Morris, the Hoyas leading three-point shooters, combined to go 1-11 from three-point range in the game. Even for a team that only averages 30 percent from range, this performance is another in a long line of great defensive efforts undone by poor marksmanship.

To end the half, Seton Hall brought their defense and held the Hoyas without a score for the final four minutes. The Hoyas clearly missed Ransom, their offensive talisman during this stretch, although they were able to hold onto a slim 22-20 lead. Seton Hall went 1-10 from three in the first half. In the first match-up, they already had 12 threes by the break. The Hoyas held Park-Lane and Espinoza-Hunter to only six points in the half, giving the loud Hoya crowd hope for an upset win.

Unfortunately, things changed for good in the third quarter. After the Hoyas gave Seton Hall back the lead, Ransom spent a few minutes taking over. In quick succession, Ransom had a three-point play, a beautiful assist to Archer and another free throw. With three minutes to go in the third quarter, the game was tied at 34. A 9-1 run by Seton Hall keyed by seven consecutive points from Espinoza-Anderson was disastrous for the Hoyas, who exited the quarter down by eight.

The Pirates were clearly trying to force the ball out of Ransom’s hands in the fourth quarter and baited the other Hoyas to beat them. Ransom’s teammates went 3-12 in the quarter to halt any momentum. On the other end, despite going 5-17 from the field on the day, Park-Lane scored 10 of her 14 points in the 4th quarter. As a team, Seton Hall went 9-11 from the free-throw line in the fourth, shutting the door on the Hoyas and resulting in the 60-50 final.

The Hoyas’ next matchup will be Sunday at McDonough Arena at 2 p.m., as Georgetown takes on the DePaul Blue Devils (17-6, 11-4 Big East). DePaul currently sits fourth in the Big East after a loss to UConn, but is plenty dangerous, led by Aneesah Morrow, the conference’s leading scorer at 20.6 points per game. Morrow scored 23 in DePaul’s 102-69 drubbing in January. Follow @GUVoiceSports on Twitter for more updates and continued coverage of all Georgetown sports. 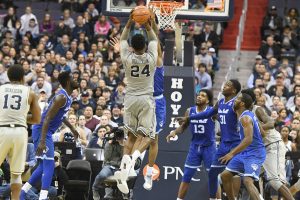