The GUSA Senate convened on Feb. 13 to certify the 2022 executive election results. Despite a recommendation by the Election Commission (EC) not to certify Kole Wolfe (SFS ’24) and Zeke Ume-Ukeje (COL ’24) as GUSA president and vice president due to campaign allegations, the Senate voted 21-3 to certify the results.

The EC began investigating claims after receiving an email that claimed Wolfe and Ume-Ukeje offered students alcohol at an off-campus party in exchange for votes. The email address was initially attributed to a student, but when the EC cross-checked the email with the name, they found the student had no association with the account.

The Senate discussed establishing an impeachment commission to continue investigating the campaign but tabled the initiative until a later date.

The EC also reviewed claims from the Leonard/Khan campaign on Jan. 31 that the Wolfe/Ume-Ukeje campaign had violated spending bylaws at Abigail, a nightclub in Dupont Circle. Videos from the nightclub show a Wolfe/Ume-Ukeje campaign sign, with Grey Goose vodka being served in the foreground. The Leonard/Khan campaign argued that Grey Goose bottle service costs more than the $200 limit allowed under campaign finance rules.

The party, if affiliated with Wolfe/Ume-Ukeje campaign, would also violate bylaws that prevent business advertising. Wolfe and Ume-Ukeje provided a bank statement to the EC that showed a third person, and not the candidates, had purchased the alcohol. The EC offered an official warning and reduced the candidates’ speaking time at town halls, but did not suspend their campaign after the initial claims.

The EC, which consists of Owen Posnett (COL ’24) and Jessica Fiadomor (COL ’24), began the presentation with a rehashing of the Jan 31. accusations, saying they believed they had been resolved by the night of the election.

“I remember telling Jess that this was going to be easy,” Posnett said, with Fiadomor laughing next to him. “It hasn’t been.”

The EC affirmed that the issue lies not in the potential candidate violations or the voting systems flaws, but rather in the integrity of the election being undermined by the suspicious claims. It claimed the Wolfe/Ume-Ukeje campaign showed a lack of respect for the election processes in their correspondence with the EC and Center for Student Engagement (CSE) faculty, thus potentially implicating anyone who may have attempted to bait the EC into revealing bias. The EC emphasized its objectivity, citing the earlier decision to allow the Wolfe/Ume-Ukeje campaign to proceed after deliberating in good faith.

Despite this, multiple senators and audience members asked for clarification on what actually warranted the recommendation not to certify the election. Senate Speaker Leo Rassieur (COL ’22) clarified that denying certification is an action that should be reserved only for egregiously suspicious circumstances in the voting process.

During the meeting, Wolfe denied the claims. “The allegations that we were handing people beers in exchange for their votes is categorically false, and I have no idea where those allegations are coming from,” he said. Others raised concerns about the threshold of certainty needed to certify the election, given the anonymous email which initially reported concerns was not deemed credible.

Sen. Camber Vincent (SFS ’24) voiced his support for a motion brought forward by Sen. Dominic Gordon (SFS ’24) to create a commission to investigate and potentially impeach the president-elect and vice president-elect, which would operate within the ethics and oversight committee.

Some senators argued the pair’s lack of true collaboration with marginalized student groups on campus was inherently problematic, while others said they should still certify the Wolfe/Ume-Ukeje ticket.

Despite the vote to certify, several senators and outgoing president Nile Blass (COL ’22) worried about installing the Wolfe/Ume-Ukeje administration given the controversy. “I’m so disappointed in who’s inheriting this position,” Blass said in the meeting, pointing out that even if Wolfe, Ume-Ukeje, or those affiliated with their campaign were not responsible for the alleged violations, the actions of their supporters still reflect on their leadership quality. “The company you keep is going to define you, regardless of how you define yourself.”

In the aftermath of the certification, Sen. Lara Santana (SFS ’24) submitted a letter of resignation to Rassieur, Vice Speaker Rowlie Flores (COL ’22), and others. “I came into the Senate hoping, as all senators do, to address some of the injustices and challenges that the Georgetown community faces,” she wrote. The circumstances of the election, however, forced Santana to reconsider.

“GUSA has become a tense space in which I no longer feel comfortable,” she continued. “The drama and chaos around this year’s Executive election reflects how deeply broken GUSA is, and how much ‘reform’ did little to tangibly change how this institution functions.”

More than two hours into the meeting, the Senate voted on a motion to deny certification first, before a vote on whether to certify and then a vote on establishing an impeachment commission. The vote to deny certification failed with one in favor and 21 against. The vote to certify passed with 21 in favor and three against. The motion to establish an impeachment commission was tabled until a later date.

The Senate will reconvene to discuss impeachment of the incoming president and vice president in a future meeting, the time of which has yet to be determined.

This article has been updated to reflect Sen. Santana’s resignation.

Megan O'Malley
Megan is a sophomore majoring in American Studies and Government. She is the Voice's Business Manager and a compulsory thrift shopper. 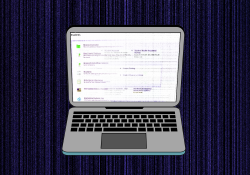 Nah get them out

Disappointing to say the least.