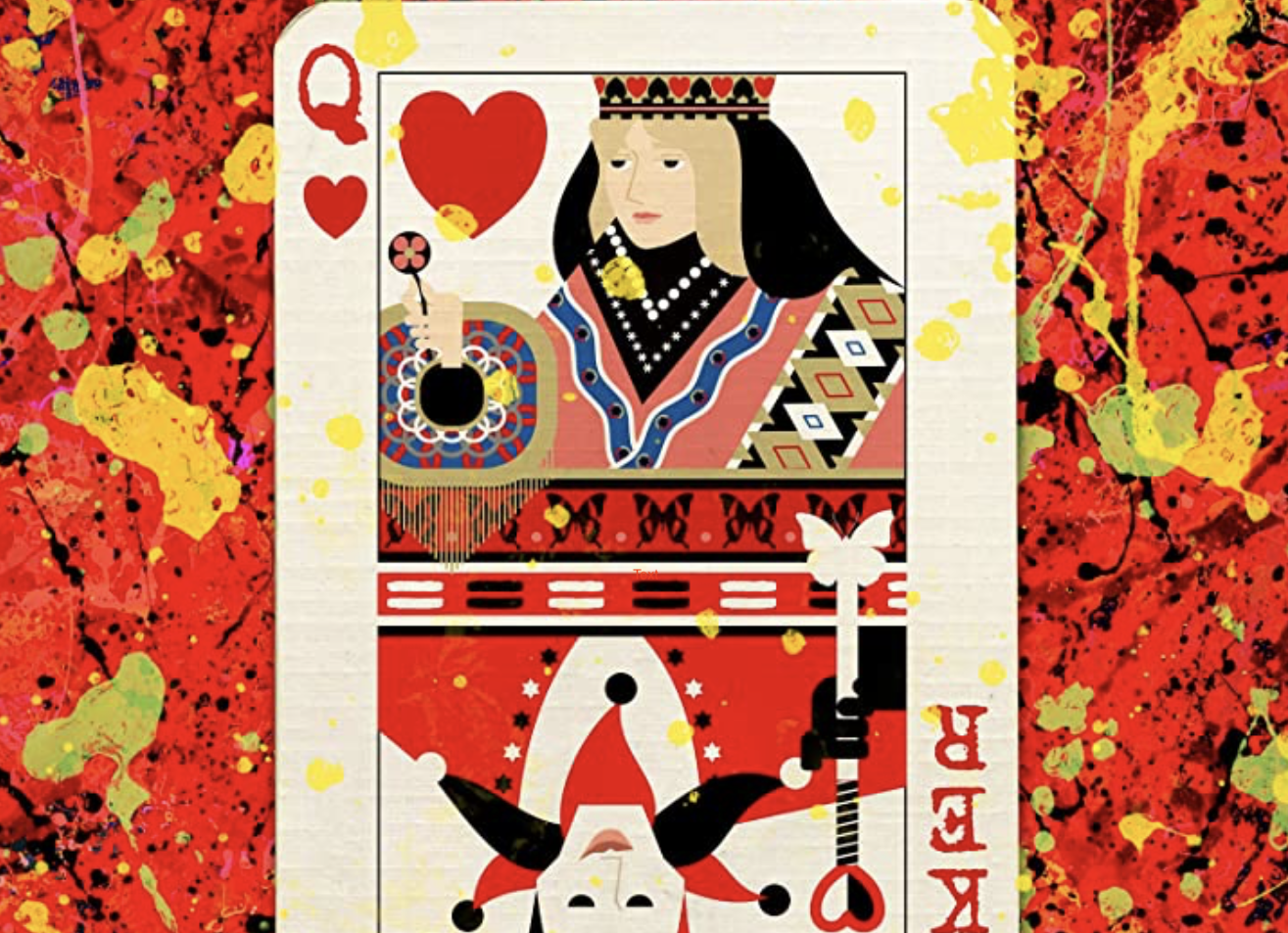 It was after midnight. I was sitting on the floor of my friends’ dorm room as we listened to the freshly released Ed Sheeran album, = (2021). “Overpass graffiti” had just ended, and the first five notes of the next song rang out. A reverent, stunned silence fell over the room. “Oh, this is a good one,” I whispered to my friends.

Four months later, on February 10, 2022, Ed Sheeran released a new version of “The Joker and the Queen” featuring Taylor Swift, accompanied by a music video. Sheeran and Swift have collaborated three times previously on tracks such as “Everything Has Changed” off of Swift’s album Red (2012) and “Run” off of Swift’s latest album Red (Taylor’s Version) (2021). Despite this being their fourth collaboration, it will be the first time Swift is featured on one of Sheeran’s albums.

“The Joker and the Queen” is about Ed Sheeran’s relationship with his wife, Cherry Seaborn, whom he met when they were children and married in 2019. Every aspect of the song can be summed up as simple, but beautiful. Sheeran uses card-related language to make surprisingly sweet and cringe-free puns about his relationship. Sheeran (the joker) feels undeserving of his wife’s (the queen) love, and yet she always “see[s] the best” in him. Self-deprecatingly referring to himself as the Joker comes across as charming. The structure of the song is very simple with a verse-chorus progression that repeats throughout. In songwriting, straight repetition is frowned upon. Variation is . Its pleasant simplicity stands on its own. Sheeran is a master of writing love songs and uses sweet and dreamy instrumentals to support a heartwarming narrative. It’s a basic formula which does its job well and never fails to pull the listener’s heart-strings in all the right ways, including in this song. It’s hard to get bored of it.

Transforming what was originally a solo into a duet feels entirely natural. Collaborations between two big-name artists can easily become pure fan service, but for “The Joker and the Queen,” this could not be further from the truth. Were fans of both pop stars wild with excitement? Of course! But, the addition of another vocalist and the changes in lyrics do not feel forced at all. The song is about being in awe of the fact that your lover loves you: it seamlessly follows that the lover responds. Unsurprisingly, Sheeran and Swift’s voices harmonize perfectly. All around, this short and sweet ballad is sure to become a staple love-song.

The accompanying music video is a continuation of the music video for Swift’s song “Everything Has Changed.” This one picks up several years after the first one, with the main characters—Swift’s character’s daughter and Sheeran’s character’s son—going off to college and rekindling their friendship, which starts to become something more. Unfortunately, I do not have the same praise for the music video that I have for the song itself. The storyline of the music video felt arbitrary and did not have a satisfying conclusion. It ultimately felt like a bunch of random scenes about the main characters starting college and then finding each other. There were lots of shots of faces and each character sitting or standing alone. To make matters worse, the lip syncing was atrocious and took the audience out of the narrative. The music video was not overtly offensive, but it also was not good. It would have been nice if Swift and Sheeran made a cameo appearance, like they did in the “Everything Has Changed” video. The best scene is when the camera zooms in on a text conversation between the two characters which appears to be based on an actual text conversation between Taylor Swift and Ed Sheeran. One text reads, “in a Bizzle swizzle,” and another ends, “…you’d think for multi platinum lyricists we’d do better.” Taylor Swift posted a screenshot on social media of a very similar text conversation between her and Sheeran back in 2015. A great song deserves an equally great music video and this time, it flopped.

“The Joker and the Queen” is a beautiful love song, but the music video leaves something to be desired. Hopefully, Swift and Sheeran will collaborate again to produce another delightful track as well as a better concluding music video to the storyline they have created.