Fame, femininity, and flamenco: On MOTOMAMI, Rosalía is not the pop star you think she is 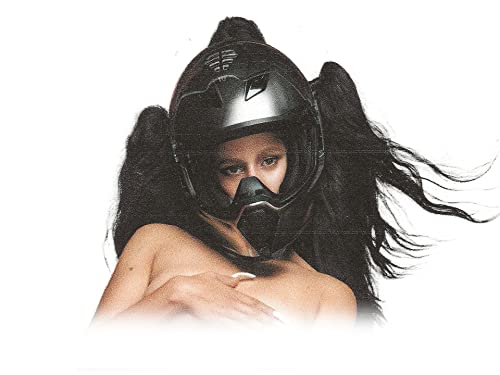 Expect the unexpected with Rosalía. In the first few seconds of her new album MOTOMAMI, she sneers, “girl, what are you saying?” over simmering high hats, instantly shattering the mold of her last two albums and signaling a new era of experimentation. On MOTOMAMI, Rosalía is both more playful and vulnerable than ever before, offering meditations on love, fame, and womanhood.

Three years after her groundbreaking sophomore album El Mal Querer, MOTOMAMI breaks from Rosalía’s flamenco-pop roots—incorporating salsa, reggaeton, bachata, and trap. On “G3 N15,” a sentimental ballad that builds to a powerful climax fueled by synthetic organs, she warns, “this isn’t El Mal Querer, this is the bad desire.” Bad desire would have been a fitting title—MOTOMAMI explores the dark side of having everything you ever wanted.

Rosalía describes MOTOMAMI as both a concept album and self-portrait; the album follows the rise and fall of an artist exploring her femininity and fame. Both lyrically and sonically, the album swings from brash self-assuredness (“moto”) to heartbreaking vulnerability (“mami”), never settling in one genre or emotion for too long. In an interview with Rolling Stone, Rosalía said, “the record is structured in binaries, two types of contrasting energy.” In the hands of a lesser artist, this contrast might read as clumsy, disorienting uncertainty. But MOTOMAMI is far from uncertain—instead, its binaries create a tension that makes the album unlike any other.

“BULERÍAS,” the album’s fourth track,  is most typical of the old Rosalía, embodying her simultaneously reverent and experimental approach to flamenco by interpolating “Bulerías de la Perla” by Camarón and “Yo Nací en Argel” by La Niña de los Peines. In the song, named after a particularly fast-paced form of flamenco, she accepts her designation as the new face of flamenco. Over a muted version of the traditional claps forming the compás, she sings, “I’m just as much of a cantaora / Just as much of a cantaora / When I’m wearing a Versace tracksuit / Or dressed like a bailaora.” Towards the middle of the song, the claps distort and fade into a forceful, industrial drum beat, returning to a traditional bulería compàs moments later. “May God bless Pastor and Mercè / Lil’ Kim, Tego, and M.I.A,” she sings. These musical icons, ranging from reggaeton to hip hop to flamenco, all have clear influence on “BULERÍAS” and the album as a whole.

Rosalía continues to blend old and new on “DELIRIO DE GRANDEZA,” a cover of the 1968 salsa ballad of the same name by Justo Betancourt. Over a sped up, bass thrumming, version of the original, Rosalía beautifully captures the song’s longing and heartache. After the second chorus, the song breaks into a muted sample of Soulja Boy’s verse on Vistoso Bosses’ “Delirious,” embellished with string-like synths. Rosalía’s voice carries a powerful sense of loss, capitalizing on the inherently nostalgic quality of Soulja Boy in his prime. Soulja’s playful, carefree verse feels like a voice from the past, while Rosalía sings from a more painful present; “I hope with just time / That you’ll come back looking for an illusion of love / And you’ll come back to me, I hope so.” Like much of the album, “DELIRIO DE GRANDEZA” tells the story of desire that turns poisonous—whether it’s fame or sex or love Rosalía seeks, satisfaction never says for long.

Of course, it would be impossible to talk about MOTOMAMI, and Rosalía herself, without addressing her often contentious relationship to her influences. On both Los Angéles and El Mal Querer, Rosalía—who is white and Spanish— received considerable criticism for creating pop infused with flamenco, a genre historically tied to the Spanish Romani people’s struggle against oppression. In response, she told El Mundo, “Music has nothing to do with blood or territory. Never. I have studied flamenco for years, I respect it more than anything and I know its origins. I know that it comes from the mixture of ethnic groups, which is a fusion of gypsy, Black, Hebrew, Arabic, Spanish sounds… Flamenco is not owned by gypsies. It is not owned by anyone, in fact. And there’s nothing wrong with experimenting with it. It’s healthy.” Similarly, Rosalía’s use of the dembow beat and Puerto Rican slang on singles like “Con Altura” and “Yo x Ti, Tu x Mi” has sparked debate about the role that Spanish artists should have in reggaeton. Rosalía’s argument about the muddled origins of flamenco could be applied to reggaeton—while the genre was born in Panama, it is almost universally associated with Puerto Rico and was crucially shaped by the music scene of mid-2000s Medellín. If anything, Rosalía is clearly aware of the origin of her source material; during an interview with Genius, she breaks down “SAOKO,” the album’s second single. Named after a Puerto Rican slang term with African origins and incorporating the Wisin and Daddy Yankee song of the same name, the song incorporates the signature dembow beat along with elements of jazz. “The inspiration is Puerto Rico, clearly Puerto Rico,” she says. “The artists from the Dominican Republic and Puerto Rico are the best doing it.” While Rosalía’s acknowledgement underscores her admiration for reggaeton and its origins, it’s difficult to extract her music from a context of fetishization of Latinx culture in Spain. Whether she accepts it or not, the question of cultural ownership in a globalized world is at the heart of Rosalía’s work.

It might be tempting to characterize MOTOMAMI as overwhelmingly elegiac, but the album maintains an undeniable sense of humor and fun, particularly in “CUUUUuuuuuute,” “CHICKEN TERIYAKI,” and “HENTAI.” Each of these songs represents a wildly different side of Rosalía’s repertoire, including deconstructed club, reggaeton, and in her words, “Disney ballads,” respectively. This experimentation isn’t always successful—the almost nonsensical chorus in “CHICKEN TERIYAKI” feels like a cheap bid for TikTok fame, especially given the simplistic dance included in the music video. Still, these interludes provide a sense of playfulness, and at their best they reinforce the album’s message without feeling didactic. On “CUUUUuuuuuute,” against machine gun fire and a drum line, Rosalía reminds her peers to “keep it cutе, buddy, keep it cute / the best artist hеre is God.” The aggressive, disorienting energy of “CUUUUuuuuuute” provides a moment of release before the emotional heavy hitter “COMO UN G.” It’s easy to be distracted by the delicateness of Rosalía’s voice, and songs like “CUUUUuuuuuute,” which employs other-worldly vocal distortion, brings the focus back to her talent as a producer.

In “COMO UN G,” an ode to lost love, Rosalía’s “moto” and “mami” energies finally face each other. “I don’t fall in love with anyone, I swear, as a G,” she sings, “nor do I writе love songs but in this one I bend over backwards for you.” Rosalía both embraces and fears her vulnerability, begging God to “save me, save me / Again, again / Send me, send me / Angels, angels” while simultaneously imploring her ex: “Don’t pray for me, I want you to know that I’m all right / I’ve got my faith, my weapons.” Despite her loss, she finds that her love is powerful enough to both destroy and heal her, and living “as a G” means reconciling these two realities.

On the album’s dazzling closing track, “SAKURA,” Rosalía finally finds peace with fame—“you can’t forever be a star and shine / I’m gonna laugh when I’m 80 and look back.” Mastered to emulate a live stadium performance, “SAKURA” instantly feels like a time capsule from Rosalía’s retirement tour (hopefully not to come for a long time). Just like the song’s name sake the cherry blossom, greatness and the public adoration that come with it are ephemeral. Rosalía is careful not to give too much weight to this phenomenon, recognizing both the beauty and destruction of her predicament. “Flames are beautiful because they’re not afraid to burn,” she sings, “and fire is beautiful because it breaks everything.”

Throughout MOTOMAMI, glory and loss are inextricably linked. Her meditations on the precarious nature of fame manage to be relatable, rather than woe-is-me, all while breaking fascinating new ground sonically. While the album’s theme naturally lends itself to less cohesion than El Mal Querer and Los Ángeles, Rosalía once again proves that she is “a genre creator… a titan, and a modern princessa.”