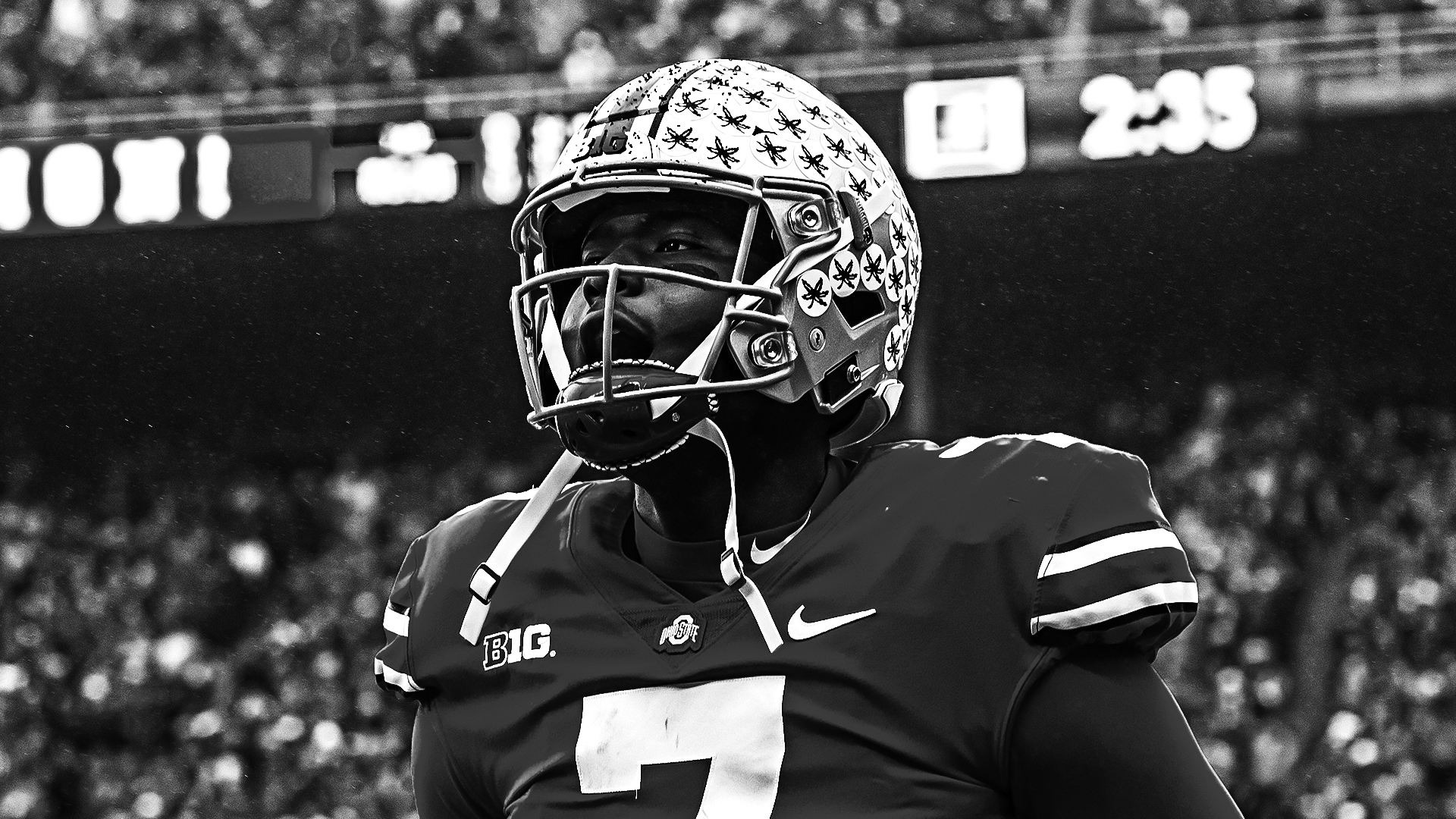 I remember exactly where I was when I found out Kobe Bryant died. I was in the basement of the Gap store on 400 Fulton Street in Manhattan, New York, getting new jeans. My phone buzzed, and without thinking, I immediately reached for it. I glanced at the screen and put the phone back in my pocket, not even having a chance to register the headline. And then I pulled it back out and looked again.

BREAKING: TMZ IS REPORTING BASKETBALL LEGEND KOBE BRYANT WAS KILLED IN A HELICOPTER CRASH IN CALIFORNIA.

A knot formed in my stomach. It felt like I had been punched in the gut. I felt empty. It was the first time I had felt this way about anyone’s passing whom I did not know personally. On the morning of April 9th, for the second time in my life, I got that feeling again. Dwayne Haskins, a DMV legend who was under contract as the Pittsburgh Steelers quarterback, passed away after a tragic traffic accident. He was 24 years old, and he, like Kobe Bryant, died far too young.

Days prior, Haskins could record himself walking up to his teammate Najee Harris and comedically asking for an autograph. He could plan his weekend around continuing to train with Steelers’ teammates in preparation for the season and get a chance to battle Mitchell Trubisky for the starting quarterback position. Now he’s gone, survived only by three devastated families—his family of relatives, his family of teammates and his family of fans.

Haskins always wanted to go to Ohio State. At least, that’s the sense you get from the grainy 2008 video that shows a young Haskins, just after his eleventh birthday at the Buckeyes’ facility. Decked out in a custom #7 scarlet-red Ohio State jersey with HASKINS stitched across the back and sporting a headband—both of which would become iconic pieces of his gameday outfit as a college star—the precocious child declared that the facilities were “awesome” and that he “[wanted] to go to college here.” A decade later, the 21-year-old Haskins led the Buckeyes to a 13–1 record and a Rose Bowl victory while setting 28 school records and the Big Ten records for passing yards and touchdown passes in a season. By the time the NFL Draft rolled around, Haskins was a guaranteed first-round pick and was a household name across the nation. But he first left his mark on the DMV.

It was not long ago that Dwayne Haskins was dominating high school football at a Potomac-area high school in Maryland. He was the quarterback for the Bullis School football team while also being the sports editor for the school newspaper, called the Bullis Bulldog. In 2015, he penned an article that detailed why the Washington Football Team would need to draft a quarterback within five years. Only four years later, he was that quarterback. With the 15th overall pick in the 2019 NFL Draft, Washington chose the DMV standout, bringing him back home in what appeared to be a fairy-tale ending. But it wasn’t. Haskins struggled in Washington where he managed just two seasons with the Football Team before being released in December of 2020—an unusually quick stint for a highly-touted young quarterback.  Not even a month later, Haskins signed with the Steelers. After a year of backing up Ben Roethlisberger, Haskins was expected to battle Mitchell Trubisky for the starting job this season. Steelers head coach Mike Tomlin, whom Haskins referred to as “Coach T”, was “devastated at [his] passing,” and said that “He quickly became part of our Steelers family upon his arrival in Pittsburgh and was one of our hardest workers, both on the field and in our community.”

There is something macabre about the still-active social media profiles of someone who has passed away, a disembodied account of who that person was and what they were doing. On Haskins’ Instagram page, the most recent photos capture the last time this young man will ever style up for the ‘Gram. Pronouncements of love fill the comments section in an outpouring of support to someone who can no longer respond.

A profound pain comes with the death of a loved one, the sort of pain that turns a person into a husk of their former self. For many, a piece of their soul dies with that loved one. They are never whole again. The death of a public figure strikes a different chord. I didn’t know Haskins, just like I didn’t know Kobe. I just knew him through the lens most of us did: his on-field play. Today’s era of sports simultaneously values individuality and devalues the humanity of players; they become seemingly-untouchable icons through their social media presence but then get relegated to statistical production or debate show talking points. But the magic of sports boils down to the last remnant of shared experience. And Haskins’ death is a shared experience.

From message board posters to Instagram users to Twitter fans, sports timelines are normally filled with arguments over who is better than who, who is a bust, who is a star, and who their team should draft. Now, the timelines are just messages of love and peace. Perhaps for a moment, the emotional release will act as a catharsis for those who knew Haskins personally. For the Haskins family, April 9th was an excruciating day. Kalabrya Haskins lost her husband. Tamara Haskins and Dwayne Haskins, Sr. lost their son. For his second family, the Steelers, they lost a 24-year-old brother-in-arms who had the rest of his career—and his life—ahead of him. He had more to give, both on the field and off. As Mike Tomlin said of Haskins, “Dwayne was a great teammate, but even more so a tremendous friend to so many. I am truly heartbroken.”