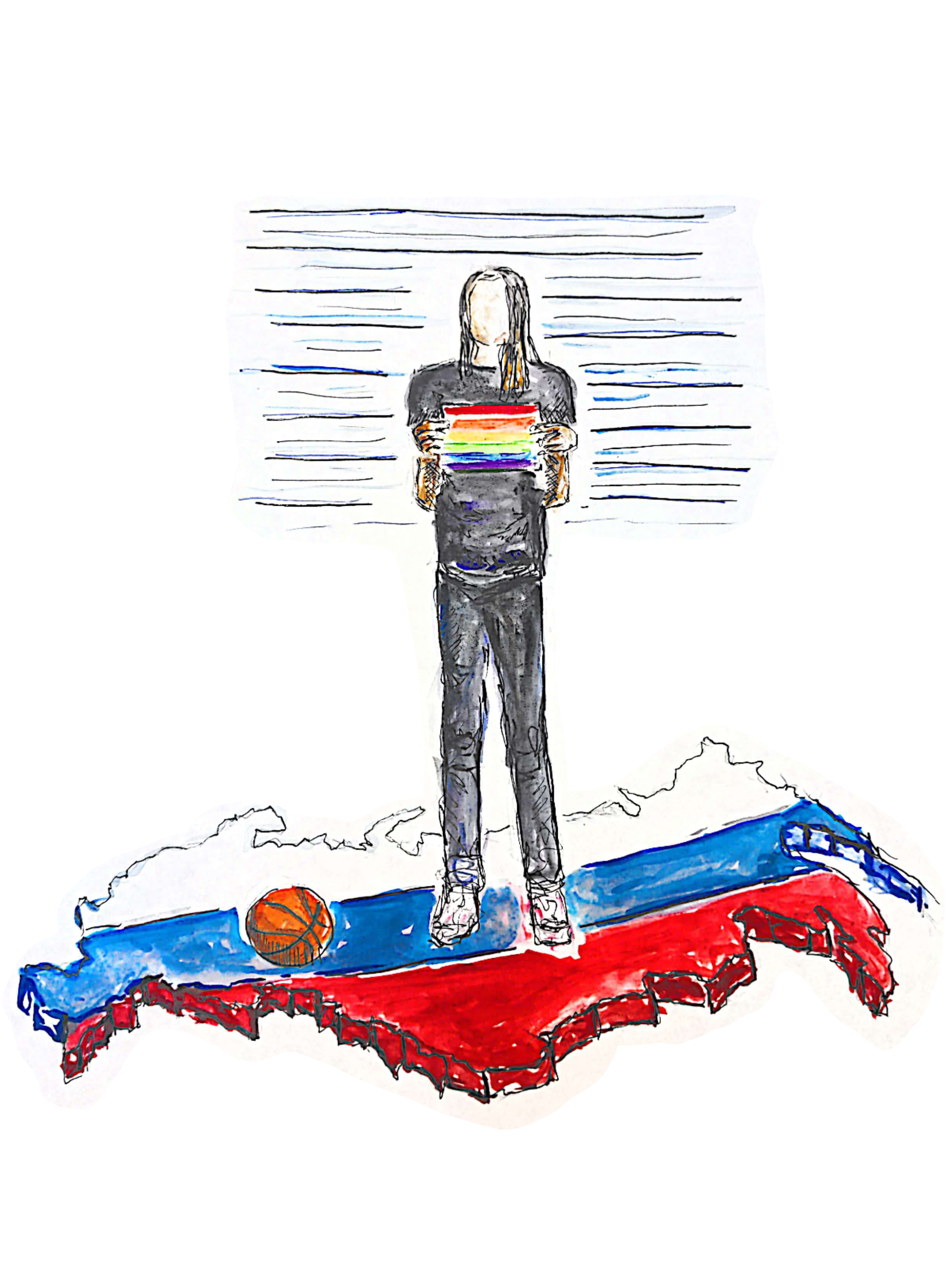 When WNBA player Brittney Griner touched down in Russia for another season of the Russian Premier League, she had no idea she’d soon be caught up in U.S.-Russian relations. Griner—one of the top female basketball players in the U.S.—now faces up to a decade in Russian prison after authorities accused her of possessing hashish oil, a marijuana concentrate commonly found in vape cartridges. Griner has denied these charges.

The situation is incredibly complicated both due to political tensions between Russia and the U.S., and the fact that Griner is a queer, Black, American woman at the mercy of an openly hostile, anti-gay world power. Russia’s long history of persecuting queer people makes Griner’s status especially precarious.

However, the circumstances that led to Griner’s presence in Russia are equally complicated—and equally important. She plays there in order to make up for the middling income she receives as a professional player in the United States; as such, Griner’s imprisonment has sparked a new wave of questions about the way female professional athletes are treated in this country, in terms of both pay and respect.

Griner is not just famous for her recent arrest—she has long been a world class athlete. Born and raised in Houston, the basketball standout built her career at Baylor University under head coach Kim Mulkey. At 6’9”, she was quickly recognized across the world of women’s basketball as one of the most dangerous post players in the game. In 2010, she set the all-time single season record for blocked shots as a freshman and became the seventh player in the history of women’s college basketball to dunk in a game.

Her career continued along this same trajectory; as a junior, she led her team to a National Championship over Notre Dame, dominating the league the entire season and finishing a perfect (and unprecedented) 40-0. She also individually blocked more shots than any other team in Division I women’s basketball that season.

Griner was the first overall pick in the WNBA draft, selected by the Phoenix Mercury, and landed a championship with the team the next year. Since then, they have consistently been one of the better teams in the league, making it to the semifinals four of the last seven years. Here’s where the Russia part comes in: In addition to playing in the United States, she also plays with UMMC Ekaterinburg, a Russian team, during the WNBA offseason. She has been a part of their roster since 2015, and has won four EuroLeague championships with the team, as well as the last seven Russian Championships in a row. Until this year, when Griner was arrested at a Russian airport, her presence in the country had not caused any reported problems.

But Griner’s significance to her fans goes beyond her talent as a basketball player.

In addition to her impressive career, Griner has used her visibility to make a name for herself in the realm of social justice. In 2020, she walked off the court before numerous games with some of her teammates during the national anthem to protest police brutality against Black individuals. Despite criticism, in an interview with OutSports, Griner doubled down on her actions. “I honestly feel like we should not play the national anthem during our season. I think we should take that much of a stand,” she said.

As a politicized figure, however, Griner’s most notable strides have been in terms of her sexuality. In a 2013 Sports Illustrated interview, she publicly came out as a lesbian (though she had been out to family and friends since high school).

Since then, Griner has appeared on the cover of “The Taboo Issue” of ESPN Magazine and modeled menswear for Nike. She is currently married to Cherelle Watson. Though she has never reported facing issues in Russia due to her sexuality, Griner’s status as an openly queer woman opens distressing implications for her detainment in Russia.

Russia has not been particularly kind to American celebrities who have made visible statements supporting queer people or are visibly queer themselves. For example, both Madonna and Lady Gaga have faced fines and legal action for expressing support for members of the LGBTQ+ community while performing in Russia. This hostile legal precedence makes the visibility of Griner’s identity as a queer woman a threat to her safety.

The Russian queer community and their allies have also faced physical violence as well, most notably since the brutal murder of a gay man in 2013. The State Department has offered a warning for LGBTQ+ travelers from the United States, writing in an April 2022 advisory, “Discrimination based on sexual orientation is widespread in Russia. Acts of violence and harassment targeting LGBTI individuals occur. Government officials have made derogatory comments about LGBTI persons and violence against the LGBTI community has increased.”

Although Brittney Griner has likely been afforded some degree of protection due to her status as a highly visible American athlete, her situation is now more tenuous. There is no denying that even if her sexuality had nothing to do with her initial arrest—and there is no real way to prove that—it puts her in a very dangerous position while she is in custody. Her sexuality puts her in direct opposition with the values of the Russian government, which means that her safety while under their jurisdiction is far from assured.

Historically, prisoners in Russia have been treated extremely poorly. There have been reports of prisoners being tortured, denied medical care, and subjected to incredibly harsh and exacting rules that put extreme psychological pressure on prisoners. Though Russian prisons are not precisely the work camps of the past, they bear too many similarities to ignore. Were Griner to end up imprisoned in one of these places, her status as an American would likely make her life much harder than it would be otherwise.

Additionally, with the U.S. and Russia currently sitting on opposite sides of the situation in Ukraine, Griner’s status as a rather prominent, well-known American could put her in danger of being used as a political bargaining chip in the Russia-Ukraine war.

Lastly, there are implications that go far beyond Griner to reflect on the WNBA as a whole. The question of why Griner plays there in the offseason has been percolating amongst some, and the answer is an unsurprising one: money. Due to the salary cap currently operating in the league, the current maximum base salary of a WNBA player is $228,094—not a small number, by any means, but also not what would typically be considered a “proper” salary for a professional athlete. The bare minimum salary for an NBA player, for example, is $925,000. Women’s basketball players overseas also typically make significantly more money than their American counterparts, which is one of the reasons why so many U.S. players spend their offseasons there.

There are other ways that players can make money outside of the WNBA—Griner’s partnership with Nike is an example—but many players make up for their lower salaries by playing with foreign leagues. Griner’s presence in Russia shone a light on the gender inequities in women’s basketball and have forced the WNBA to grapple with uncomfortable questions in her absence. After all, Griner’s presence in Russia was primarily due to the less-than-stellar pay in the WNBA. If Griner had simply been paid better to begin with, she might never have been in Russia at all.

There is currently no certainty on Griner’s status or security. As of right now, her detention has been extended to May 19. After that, there are a couple directions this could go—but all come with potential risks to her safety and freedom. She is likely to remain in Russian detention for quite some time. She could go through Russia’s official judicial process, but would face a system that is stacked against her. Once a democracy, Russia now leans more in the direction of an autocracy or even a full dictatorship, depending on the historian or expert consulted. Thus, there is no guarantee that the legal system will treat her fairly in the slightest, and she could very well face extralegal imprisonment for a crime that she did not actually commit. In this scenario, if Putin and the Russian government decide to make an example of Griner, they very well could do so while operating under the guise of Griner’s participation in what they claim is a fair and just legal system.

If the U.S. government advocates on her behalf, however, she might be used as a pawn in wider U.S.-Russian relations. President Biden and the State Department say that they are working on getting her released, but given the current relationship between these two countries involved, it is unlikely that the U.S. would be willing to enter serious negotiations with the intention of giving Russia what they demand. On the flip side, Putin could very easily turn the tables on the U.S. and use Griner as a political prisoner of his own, threatening her health and well-being if the U.S. does not give him what he asks for. With the war in Ukraine still going on, taking this route could be quite dangerous for Griner as well.

Jason Rezaian, a columnist for The Washington Post who was imprisoned in Iran for over a year, gave an excellent breakdown of the different ways the situation could proceed. “The best case scenario is that sometime in the coming days the charges are dropped, and she comes home,” he said in an interview for PBS NewsHour. “I think it’s possible, but I don’t think that that’s likely at all.”

Essentially, nobody knows what is going to happen next, but it is unlikely to be kind to Griner, given her status  as a queer Black woman. In an interview with Politico, Russian law expert Peter Maggs summed it up best: “Russians are great chess players. The more pawns you have, the greater your chance of eventual victory. And since things are not going their way, obviously, in Ukraine, any pawns they have they want to hold on to.” Right now, Griner is stuck playing a game that goes far beyond herself—and how it ends for her is still very much up in the air. 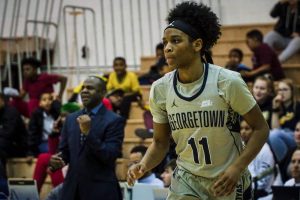 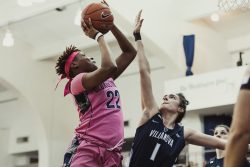 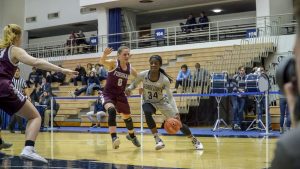