The Georgetown Hotel and Conference Center is set to lay off all its employees without termination or severance pay by June 30. Multiple hotel employees, who asked to remain anonymous for fear of consequences, spoke with the Voice about the instability and uncertainty the decision creates.

The decision to close the hotel was based on the university’s need for flexible housing during campus improvement projects. The hotel will house approximately 290 students from May 2023 through July 2025 until the construction of the new Henle complex is complete; it will also continue to act as a quarantine location, according to a university spokesperson.

Employees were notified of the hotel’s closure just four weeks ago, in an approximately half-hour meeting with hotel management. An agreement between the hotel and the workers’ union has resulted in only managers and supervisors receiving severance pay, neglecting other employees.

The management company, Aramark, has individual contracts with the university, which is why the hotel agreement has ended while other services, such as those for Leo J. O’Donovan dining hall or Epicurean and Co., are not affected. The employees could not cite any reasons why they thought Aramark would make this change in their agreement with the university.

“I was crying today, and I broke down because I was hurt,” one of the employees said. “I have to get up at 4:30 in the morning, travel 30 minutes to get to work every day and have been putting my life in jeopardy. That alone should count.”

The hotel has been closed to non-university clientele for two years, serving as additional housing and as the quarantine location for Georgetown students with COVID-19. Employees at the hotel have been tasked with cleaning rooms, delivering meals, and picking up laundry and trash for COVID-19 positive students and the nearly 100 students temporarily housed there. The employees risk exposure every day by interacting with students.

Employees explained the lengths to which they go to serve quarantining students. “We are never scared to talk to these students,” the employee said. “For two years I have been working with students with the virus.” The employee had cleaned rooms in Henle when a senior cohort of students returned to campus in the spring of 2021.

Employees were told that they would have to re-apply to other jobs at the school, such as Epicurean and Co. They were warned, however, that many locations on campus are not hiring, and that seniority would not play a role in hiring. Many hotel employees have been employed for over 20 years, far longer than some of the managers receiving severance pay.

“I give everything to them and all of a sudden they’re throwing us out. A lot of us have family,” one employee said. “You have workers that do not speak English—[imagine] how difficult it is to get unemployment or a new job.”

When asked about the disparity in treatment and severance packages, Joel Weiss, the hotel’s general manager, chose not to comment.

Many of the hotel employees are members of the Unite23 labor union based in Washington, D.C. When asking the union for help getting a severance, employees were told that the union cannot do anything to help, citing the pandemic as a reason why compensation cannot be given. The union noted their negotiations were responsible for the decision to give some managers severance pay.

The union representative did not respond to inquiries for comment.

The employees hope that awareness of their push for severance and sentiment in their favor will help them receive recognition and fight for compensation.

The work the employees do has not gone unnoticed, though the university has not publicly announced this news. “People at the hotel made me feel at home,” Shobhit Kumar (MSB ’24), a student who contracted COVID-19 and was quarantined, said. “It is easy to forget all the work required at the hotel and the added stress of interacting with people who have COVID-19.”

“They gave me a sense of stability,” Joy Kang (SFS ’24), a student previously in quarantine, said. “It is absolutely ridiculous if they aren’t compensated. They should be recognized more for helping decrease Georgetown’s spread of COVID.”

Editor’s Note: This article has been updated to clarify Mr. Weiss’ position as the hotel’s general manager. 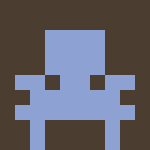 Labor Day Reflections: The Impact of a Union