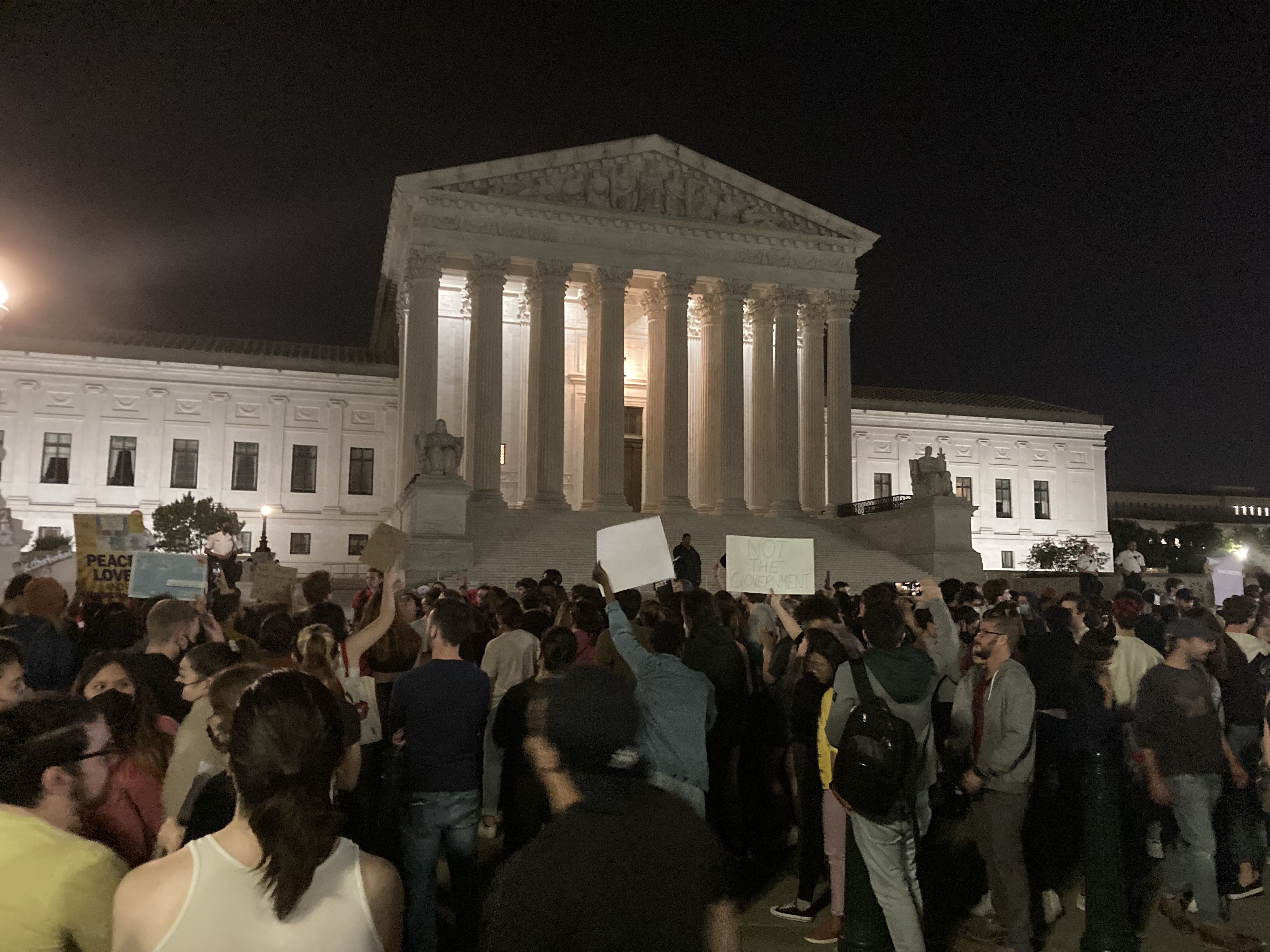 Only hours after Politico announced the release of an initial draft majority opinion of Dobbs v. Jackson Women’s Health Organization from Associate Justice Samuel Alito on May 2 in favor of overturning Roe v. Wade, Georgetown students began assembling in front of the Supreme Court. A rapidly assembled GroupMe arranged a sign-making station in the HFSC and made plans to travel to downtown D.C. in groups. Students continued coordinating trips to protests the next day.

Protests began at approximately 10:00 p.m. on May 2 and proceeded to the early hours of the morning.

“I was at Lau writing a paper for Women and Gender Studies and I checked Twitter and saw the Tweet—the Politico story,” Sanchi Rohira (SFS ’24), who helped organize Georgetown students at the rally said. “Immediately, some of my friends and I looked at each other and said, ‘SCOTUS? Yeah.’”

Students in the GroupMe—first named “Midnight Rally” and later changed to “Abortion Rallies”—arranged to uber and bus in small groups around 11:30 p.m. In less than 24 hours, the group’s membership would soar from 20 to nearly 400.

“We sorted out Uber rides, carpooling, getting here together, making signs quickly as well, working with what we have,” Mia Murillo (COL ’24) said.

Despite finals week approaching, students were moved to rapidly organize that night. “I’ve been really angry,” Soraya Bata (SFS ’24), the director of advocacy and organizing for H*yas for Choice (HFC), said of her initial reaction to the leaked opinion. “The people making decisions that affect women and people who can get pregnant in this country do not actually have those people’s best interests in mind.”

Members of HFC encouraged students to split the costs of uber. If they needed it, students could request their ride costs be partially subsidized by HFC, though members stressed that funds were limited.

By midnight, hundreds of protestors, many of them students, had gathered before the barricaded steps to the Supreme Court. The first students from American University, George Washington University (GW), and Georgetown University sat in a line in front of the barricades, with many seated behind candles and several holding posters.

“Initially when we got here it was just a group of five or six students from Georgetown and GW sitting here with candles just staring at the court. It was a very somber moment,” Rohira said. “Then, people started trickling in.”

A first wave of counter protesters pushed back at the pro-choice ralliers around 10:40 p.m. They left the area to regroup, then returned in a larger group near 1:00 a.m. The protest was fairly peaceful—at one point in the night, a physical altercation broke out between two protestors, but was quickly split up by bystanders.

According to Rohira, the chain of students was initially formed to keep students connected, even when counter protestors began to engage with them. “We built it as a chain to protect our friends and it soon turned into this movement.” By 2 a.m., around 100 D.C. students sitting side by side stretched along the entire length of the Supreme Court entrance. 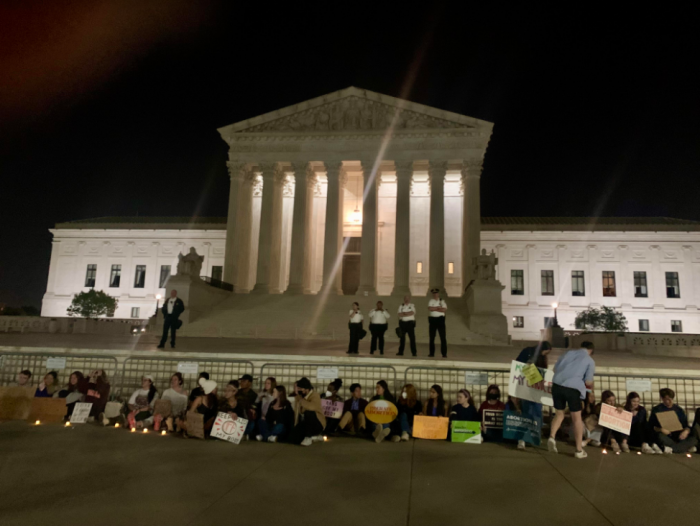 On the night of May 2nd, students lined the front of the Supreme Court.

“I hate the fact that I have to be here,” Antoinette Kersaint (COL ’25) said, who like many students, first saw the news while watching coverage of the Met Gala. Even on the first night of protests, Kersaint called on students to have a meaningful conversation about the communities that overturning Roe v. Wade would impact.

“Actually think about the consequences,” she said, speaking about the disproportionate impacts of the potential ruling on specific communities. “What it means to LGBTQ students, to people of color, to low-income students—and actually have these conversations.”

The word “community” was a running theme throughout the night, with impromptu speakers from the crowd pointing out how quickly people had rallied together in the early morning hours. Students would often find their friends in the crowd and hug each other.

“There’s been a lot of tears tonight, but there’s also been a lot of coming together. I think it’s a really beautiful thing that we’re all able to be here together and support each other through this,” Murillo said.

“It’s great that we’re all out here today,” Bata said. “But it’s just as important to support community based organizations that support women in their own areas.”

Students are also coordinating daytime protests organized by a variety of groups, including Planned Parenthood, the American Civil Liberties Union, the Women’s March, Life After Release, Harriet’s Wildest Dreams, and Metro D.C. Democratic Socialists of America throughout the week. On May 3, students traveled to the Supreme Court throughout the day, with the day’s main student effort at 5 p.m.

On May 3, the Supreme Court confirmed the leak, which has drawn national attention, as legitimate. However, the leaked draft was written by Associate Justice Alito in February and does not represent the final stance of the court.

“Although the document described in yesterday’s reports is authentic, it does not represent a decision by the Court or the final position of any member on the issues in the case,” a statement released by Chief Justice John Roberts on May 3 reads.

If Roe v. Wade is overturned, there are over 20 states poised to tighten abortion laws; the lack of abortion access would fall disproportionately on women of color, especially in low-income communities.

Rohira called on Georgetown students, who come to study in D.C. from all over the world, to join the rallies. “We are not only representing ourselves and the campus community, we are representing the diverse communities and constituencies that we come from.”

Rohira hopes that the protests continue beyond this week. “The work does not end tonight. We need to be here everyday and tomorrow, the day after that, until we realize on a fundamental level that reproductive justice will be protected in this country.”

This story will be updated as necessary. Ajani Jones contributed to this report.

Updated to include the pending case by name. 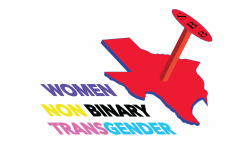