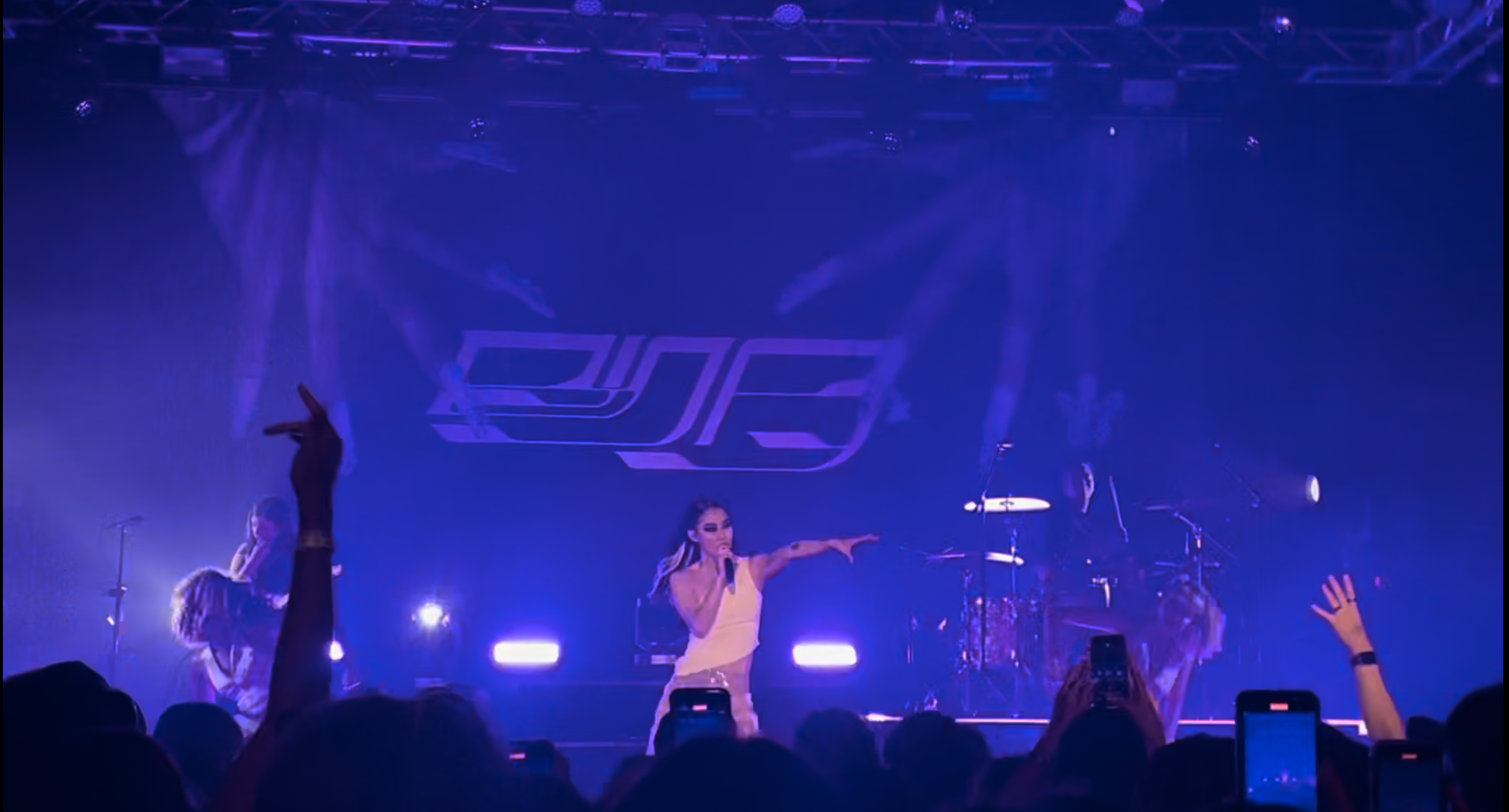 Rina Sawayama performing at the Howard Theater on May 6, 2022 Photo by Isabel Sheperd

Rina Sawayama is an artist who belongs in stadiums. While the pandemic put a damper on her rise to stardom, Sawayama’s return to the stage comes at an exciting time in her career—fresh off collaborations with Lady Gaga, Pabllo Vittar, Elton John, and Charli XCX and with a new album on the way, Sawayama’s future looks incredibly bright.

Sawayama gained a loyal following in 2018 with the release of her single “Cherry,” but her true breakthrough came in 2020 when she released her debut album, SAWAYAMA. Though the album pulls from vast sonic territory, from nu-metal to early 2000s dance-pop, this wide range of genre inspirations feels perfectly cohesive in her deft hands. Packed with back-to-back pop anthems that maintained a sense of deep vulnerability, SAWAYAMA quickly established Rina Sawayama as one of the most exciting voices in pop music. On a cold, rainy night at the Howard Theater, Sawayama proved herself as a true pop star, in every sense of the word.

Rina Sawayama put on an incredible stadium show– complete with flashing lights, intricate choreography, numerous costume changes, and her undeniable star quality– all without the stadium space that would have done this setlist justice. SAWAYAMA is an album particularly suited to live shows; the set list at Sawayama’s D.C. show mirrored the album’s track list almost exactly, beginning with the anthemic “Dynasty.”

Strutting on stage in a bright red jumpsuit, Sawayama radiated power, even as she sang about intergenerational trauma. Sawayama’s performance seemed effortless, hitting high notes and nailing every piece of choreography, but it was far from emotionless. The forceful guitar riffs and thundering drums in “Dynasty” allowed Sawayama to channel the more punk side of her persona, which allowed her to seamlessly transition into the nu-metal “STFU!”

Sawayama’s energy was not the only quality that filled Howard Theater to the brim. She also created a space full of love: for each other, for her, and for ourselves. With “Love Me 4 Me,” she used a Britney Spears-style pop anthem to channel the energy of an older sister, describing to the crowd how she has come to love herself for who she is, and emboldening listeners to do the same. Later, during “Chosen Family,” she replaced the theatrical lighting with the warm glow of phone flashlights, and sat on stage with her guitar, describing a phenomenon so many queer people understand all too well. As audience members swayed and held each other, there were very few dry eyes left in the room.

While Sawayama’s performance helped to cultivate such a loving and energetic feel in the theater, her fanbase present in the audience proved to be an exceptionally warm and loving crowd. Before the doors to the venue had opened, attendees had already bonded, sharing umbrellas and taking cover from the rain with one another, while sharing the songs they were most excited to see later on.

Sawayama understands and embraces her audience, most of whom are young and queer. At the beginning of her set, she celebrated the “queer energy” in the room, and as she played “Cherry,” an upbeat ode to the confusion and excitement of discovering your sexuality, the stage was illuminated by rainbow lights. The moment at which smiles could not have possibly become any wider came when Sawayama asked the audience to turn to the person next to them, whether they came together or had just met tonight. She then requested that each person exclaim to one another, “You look fucking hot!” and through giggles and flushed cheeks, the crowd obliged. Queer concertgoers who had only expected to hear some great music were able to leave feeling loved and accepted by the people around them, and by Sawayama herself.

Throughout the night, Sawayama recognized a number of communities and causes that were important to her. Between the main set and encore, a montage of news announcers describing natural disasters brought necessary attention to the climate crisis, emphasizing Sawayama’s commitment to countering the devastating effects of consumerist culture. This mission is most on display in “XS,” a song that disguises its anti-consumerist ideas in an upbeat pop packaging. In a statement from the song’s release, she explained: ““XS” is a song that mocks capitalism in a sinking world…I wanted to reflect the chaos of this post-truth climate change denying world in the metal guitar stabs that flare up like an underlying zit between the 2000s R&B beat that reminds you of a time when everything was alright.”

In both her album and live show, Sawayama strikes the perfect balance between playful and political. Transitioning between “Akasaka Sad” and “Snakeskin,” two emotional heavy-hitters, Sawayama played the theme song to Succession, a hit television series that satirizes corporate culture and the wealthy. While the theme song alone has gained cult status, even spawning a remix from Pusha T, Sawayama’s reference was more than just an offhand cultural reference. Without sacrificing humor, both Sawayama and Succession are deeply critical of capitalism—it was exciting to see that philosophy made more explicit in Sawayama’s live show, and it only heightened the emotional impact of her performance.

In addition to her political convictions, Sawayama didn’t shy away from the personal. She described how meaningful it was to have her mom, a Japanese immigrant and single mother, finally say she was proud of her. Before launching into “Paradisin’,” Sawayama acknowledged all the difficulties her mom faced in moving to the U.K. and raising her, even when it seemed like her mom was unnecessarily strict; “you say I’m misbehaving / But I’m just a kid, so save it / Let me have an unforgettable time of my life,” she playfully sang. Later, she used her performance of “Tokyo Love Hotel” to discuss her complicated relationship with her Japanese culture, and how it hurts her to see Japan and Tokyo fetishized and tokenized as a costume to be tried on for a day or two. Both songs are such upbeat dance tracks, which Sawayama performed with intricate choreography alongside her two incredible dancers; yet, each is so deeply personal to her and tells stories that have not been set on the pop music stage often enough.

By challenging the traditionally apolitical confines of pop concerts, Rina Sawayama is helping break new ground for the genre. If the SAWAYAMA tour is any indicator, Sawayama has great things in store—an artist with her level of polish and devotion to the craft deserves to be heard around the world. 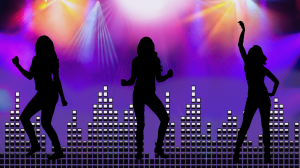 Mitski and the Lonely 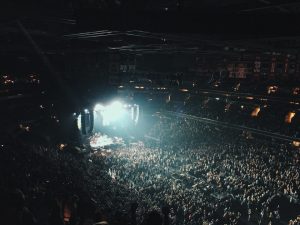 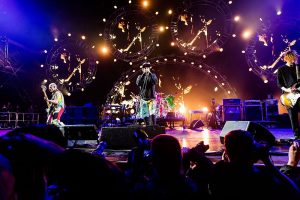