Student Transportation Woes: When public transit is not so public 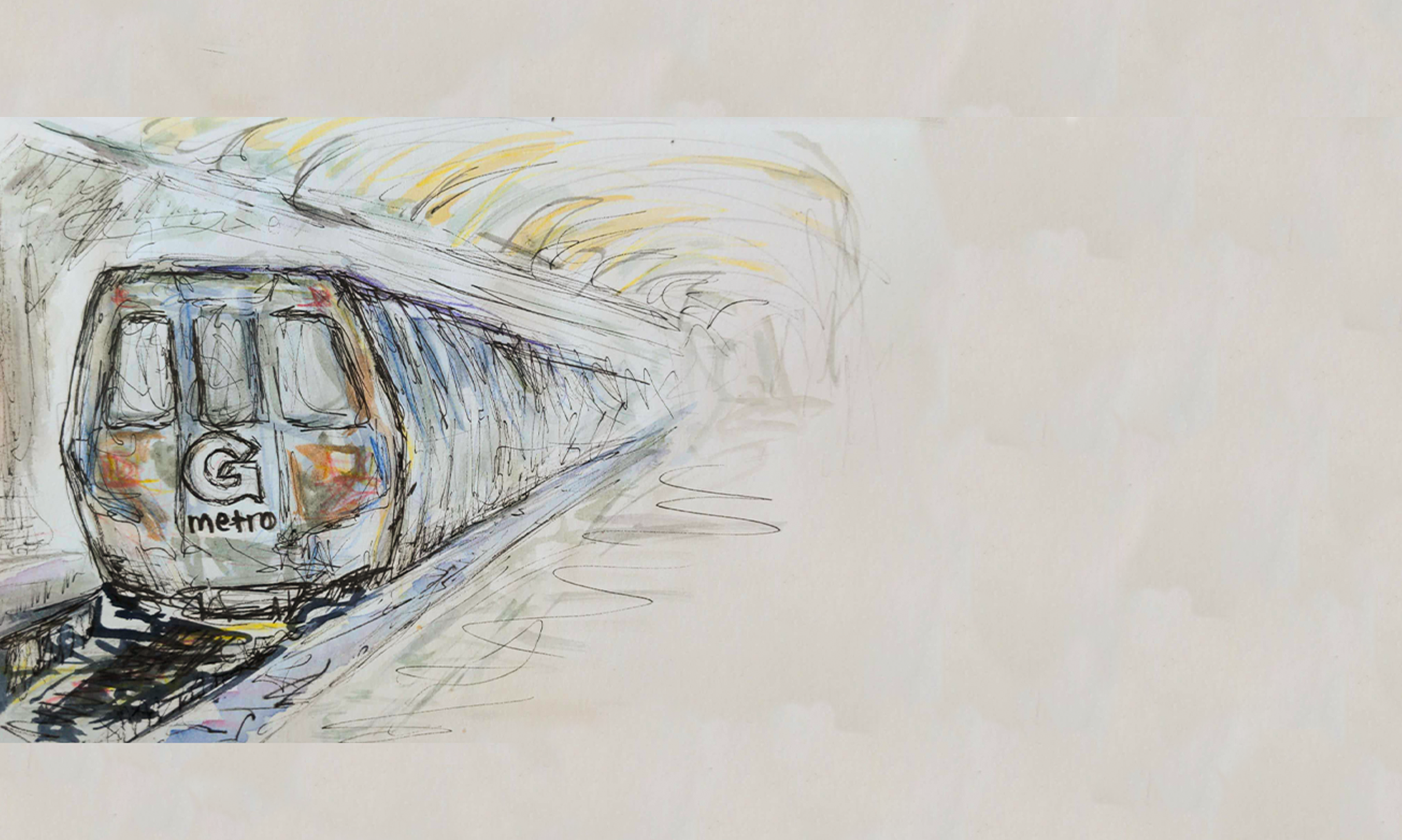 Georgetown students venturing into the nation’s capital face one major hurdle: transportation. Given the lack of a local Metrorail stop, getting from campus to downtown without a car can be daunting, despite attempts to increase access.

Beyond the difficulties of getting out of Georgetown, significant delays to schedules, maintenance services, and route closures—along with reductions to Georgetown-run bus availability—only add to the impracticality of the city’s public transit.

D.C.’s Metro system, regulated by the Washington Metropolitan Area Transit Authority (WMATA), serves as a critical artery for the city. Many Georgetown students rely on it when venturing to the National Mall, traveling to Nats games, attending concerts at the Anthem, and more.

Without a Metro stop for the foreseeable future, Georgetown remains isolated from the wider transit network, and thus the city beyond the neighborhood. During the Metro’s construction in the 1960s, the overwhelmingly white Georgetown community—only about 4 percent of the neighborhood was Black, although the city as a whole was majority Black—rejected several plans to create a station in the neighborhood. This mirrored a widespread trend of segregating white communities from Black ones in D.C.

Although WMATA is (yet again) considering constructing a Metro stop in Georgetown, the current lack of accessible rail transportation can act as a barrier for many students. “It’s definitely a significant annoyance for a lot of people who come in from different parts of D.C. coming to Georgetown,” Dilan Gangopadhyay (MSB ’23) said.

Gangopadhyay commuted to classes and on-campus obligations last year and opted to get a parking pass so he could drive the 15-20 minutes from his house, avoiding what would be a 45-minute commute by Metro. Parking in the neighborhood brought its own challenges, including $500 parking tickets, threats of towing, and delays in gaining approval for a parking pass.

The Georgetown University Transportation Shuttle (GUTS bus) offers students free rides to locations like Dupont Circle and Rosslyn—both of which transfer to the Metro. Since the pandemic began, however, the GUTS bus has only run during the work week, limiting transportation access when students often have more free time to venture into the city. Even for students who use the GUTS bus during the work week for internships and other responsibilities, this bus-to-train option isn’t perfect.

“It’s a pain in the ass to get to because you’ve got to do the GUTS bus to a Metro station, change the Metro twice to get on the Green Line, just to get down there,” Gangopadhyay said of traveling to internships in Southeast D.C.

Regardless of which day of the week it is, students can utilize the city’s bus services—including WMATA buses and the D.C. Circulator—to connect to a Metro stop or to reach their destination, but buses can be slow and unreliable, and subject to route constraints. The number of bus routes near Georgetown also fell due to budget cuts in recent years.

A series of post-COVID staffing shortages, combined with a strike due to the lack of fair wages for Circulator drivers, resulted in significant summer delays. A recent deal between the Circulator and the drivers’ union could resolve some of these delays.

Even if Hoyas can get to a Metro station, there’s no guarantee that they’ll reach their destination on time. WMATA removed nearly 60 percent of its fleet of train cars last fall following a collision and concerns regarding the safety of the 7000 series of Metro cars, which make up a majority of the cars in service. Although the new chief operating officer, Brian Dwyer, committed to transitioning the 7000 series back into service, the return to regular service has been sluggish.

Other delays are caused by a lack of operators with up-to-date training. The recent uncovering of this insufficiency resulted in the resignation of several top officials and widespread operational failures.

WMATA has sought to address these failures with a change in leadership, yet solutions remain elusive. The new general manager, Randy Clarke, is facing a $300 million dollar budget deficit amid lower passenger levels, which is likely to result in even fewer trains and shorter operating hours.

While some students can afford the increasingly expensive Uber or Lyft rides as alternatives to the Metro, ride-sharing is not a replacement for robust public transit. In an effort to address accessibility concerns about commuting into the city, students have tried to take action on their own.

On April 28, 2021, Georgetown students voted overwhelmingly to approve a Metro U-Pass program through a GUSA referendum. A U-Pass offers students at participating universities unlimited free access to bus and subway services operated by the WMATA. The system would be integrated into a student’s SmarTrip account, which includes both physical and digital Metrocards.

The measure was immensely popular, approved by 84.03 percent of the students who voted. It would add a mandatory fee of around $130 to each semester’s cost of attendance, except for students with disabilities enrolled in the Paratransit program, and with financial aid packages adjusted accordingly.

Proponents of the referendum argue that it would motivate students to explore more of the District and would support the wider D.C. economy as it continues to emerge from the pandemic. While the U-Pass would not solve Georgetown’s problems with accessible transportation, it would make it more affordable, especially for those on financial aid. The U-Pass applies to both Metro trains and buses, but not the Circulator.

Several universities, including American University and George Washington University, have already implemented the U-Pass system, with their students showing extremely high levels of participation. Between 2017-2018, nearly 90 percent of all American University students used their U-Pass service. GUSA entered into negotiations with Georgetown’s administration during 2021, but talks have stalled due to shifting priorities.

According to GUSA Speaker Camber Vincent (SFS ’24), the university believed the funding and organizational efforts needed to trial the program were required elsewhere, including to increase facilities staffing and develop new projects like the Earth Commons.

“Hopefully, now that we are out of the summer break period, [the administration will] be more responsive,” Vincent wrote in an email to the Voice. “Our goal is to get the trial period up and running by the fall of 2023.”

In the meantime, there’s optimism to be had regarding public transportation in the Georgetown neighborhood. The G2, 33, 31, 38B, D6, and Union Station Circulator buses are valuable nearby networks, no matter the inconsistencies.

With a Metrocard and a little planning, students can still make public transportation a way to pop the Georgetown bubble.

Margaret Hartigan
Margaret is a junior in the college majoring in Government with minors in Spanish and journalism and the features editor. Her favorite study spot on campus is the Voice office (of course) or, in desperate times, the fifth floor of Lau with a cup of Midnight Mug coffee.