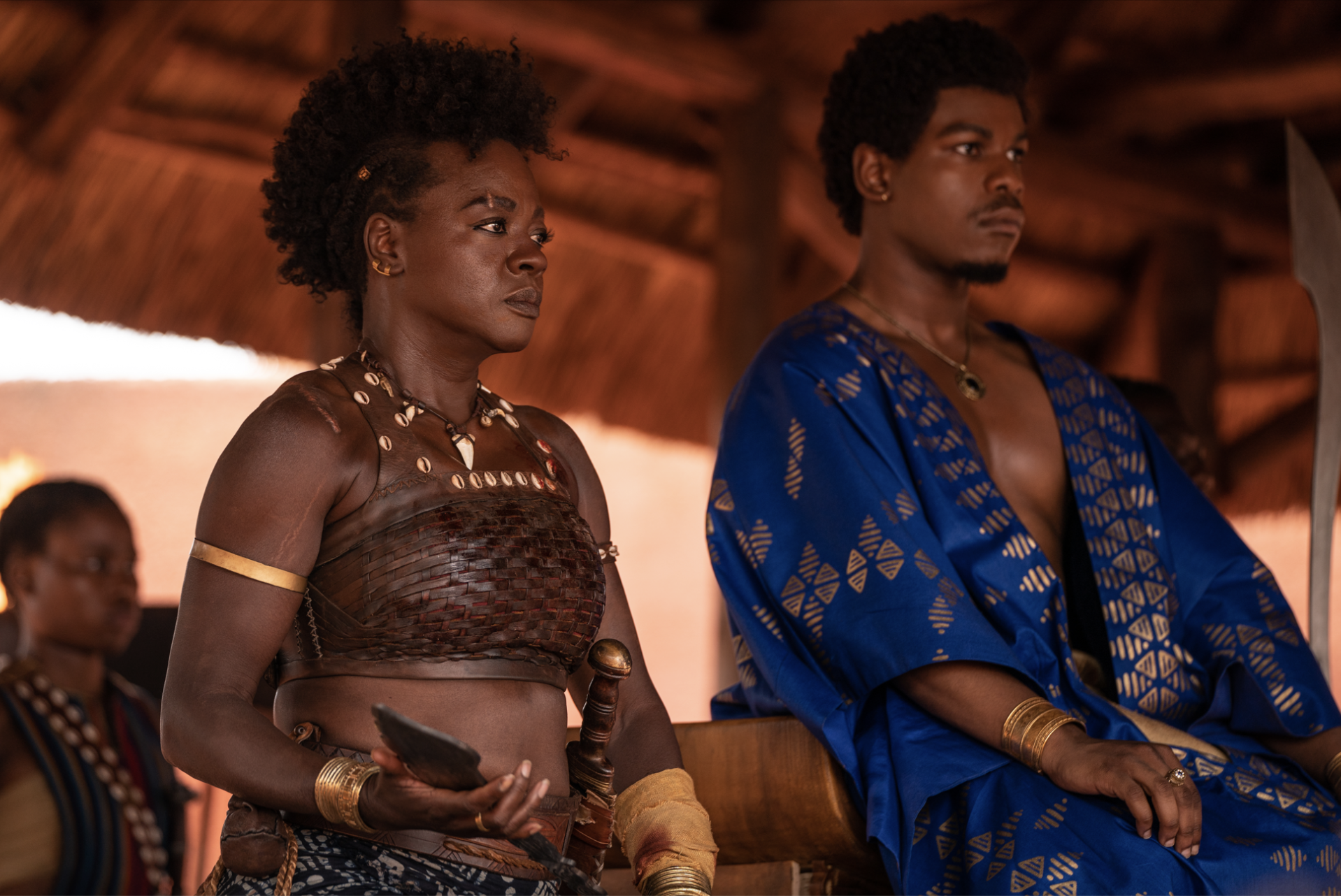 The Woman King begins where you think it might end, with a rapid, furious battle scene establishing the culture of Dahomey. As the opening narration explains, Dahomey is a small West African kingdom (that really existed in history, as the film takes place in 1823). Under the rule of King Ghezo (John Boyega), Dahomey is protected by the Agojie, a tribe of all-female warriors led by General Nanisca (Viola Davis). Ghezo values the Agojie’s ability to defend his kingdom from neighboring kingdoms and thus aid their prosperous economy, and under his reign, the warrior tribe has flourished. Director Gina Prince-Bythewood uses the film’s elaborate production and costume design to explore the culture of Dahomey through the eyes of the Agojie. Despite some narrative and visual deficiencies, The Woman King succeeds in its dedication to painting a full picture of life in Dahomey and depicting how this life needs to change. While the film has plenty of big battles, its historical-epic feel is ultimately earned through its ensemble cast and relaxed pacing, which absorb the audience in Dahomey.

Based on the setup of the movie, one would expect Nanisca to be the protagonist, but the film instead follows the journey of Nawi (Thuso Mbedu), a young woman who enters the Agojie’s training program. After being cast out by her family for refusing to conform to societal expectations to marry rich men she dislikes, she unceremoniously finds herself on the door of the (brilliantly designed) Agojie training ground. Unlike most of the members of the Agojie in training, who are from other kingdoms and have been primarily abducted in battle against other kingdoms, Nawi is the archetypal sports-movie protagonist (she’s headstrong! she doesn’t play by the rules!), but Mbedu embodies her with both an outspoken charm and an acknowledgement of the hardships her character faces. She is not the only striking actor; Davis and Boyega lend movie-star gravitas (Boyega has a small part, but a recognizable actor is needed to convey authority), and Lashana Lynch, who plays another Agojie member, gives the standout performance as Izogie, who befriends Nawi.

As seen in her work on Netflix’s The Old Guard (2020), Prince-Bythewood has action chops, and there are battle scenes aplenty, with a surprisingly visceral feel albeit some choppy cinematography. However, her focus has been on young people since the beginning of her career, as seen most prominently in her transcendent Love and Basketball. Large stretches of The Woman King begin to resemble a sports movie, with the Agojie-in-training navigating elaborate obstacle courses and staged battles, learning the value of teamwork, and earning respect from Nanisca, their tough but fair coach. Structurally, the movie is uninterested in quickly getting from Point A to Point B of the plot, and the kingdom of Dahomey is intentionally and thoughtfully foregrounded rather than brushed over to service the plot. While this works well for slowly building out the story and ensemble, Prince-Bythewood struggles to give Dahomey a sense of place; while the Agojie’s training ground is clearly defined with vibrant production design, the king’s court looks small and chintzy, and it is hard to tell how large Dahomey actually is. When the Agojie leave Dahomey later in the film to fight, the distance traveled and the scale of the fighting is unclear: is the war spread across countries, or just a few miles? A greater sense of cinematic geography might make some of the scenes more exciting, but Prince-Bythewood compensates for this by emphasizing personal stakes during battles.

The Woman King is bursting with big ideas; far too many for all of them to make an impact, but enough to be thought-provoking. Through a montage of scenes in training and battle, the movie outlines each character’s relationships to their culture. Nevertheless, the most surprising—and effective—idea concerns the true motivation behind the Agojie’s wars: Under Ghezo, Dahomey profits from engagement with Portuguese slave traders. In selling their captives into European trade, the Agojie aren’t just complicit in, but active agents of the transatlantic slave trade. While profit does not justify slave trading, the movie avoids drawing straightforward moral conclusions, fleshing out the cruelty and injustice of the system of slavery without making any of its characters—whether African or European. Prince-Bythewood has always excelled at treating multiple sides of a conflict with nuance, and through the resolve of Nanisca to put an end to slavery in her community, she is able to complicate what could be a fairly one-note conflict while still highlighting its moral imperative.

While the depictions of freedom from slavery, and the reveal that the Agojie contribute to engaging in slavery, is given the space to breathe and for the audience to think, there are many other subplots that pinball into each other, sometimes inelegantly. An attempt at giving Nanisca vulnerability—introduced halfway through the film as a big reveal—is so abrupt (as well as far-fetched) that it almost ruins the momentum, while the subplot about Ghezo choosing a female successor feels rather underwhelming. (Ghezo’s perception of female power as a return to tradition, showing that Dahomey society is intended to not be patriarchal, yet previous male leaders have made it so is an interesting idea in the movie. However, the dialogue around it feels too bluntly stated, and the contest for who will be his successor lacks dramatic tension due to its inevitable outcome.)

The epic storytelling of The Woman King converges at its endpoint, where the various subplots begin to intertwine. Throughout her career, Prince-Bythewood has always been attracted to telling love stories about people who undergo training for unusual circumstances, whether that be pop singing, women’s basketball, or a corps of state-sponsored warriors. Many of her love stories are between a man and a woman, but this one is told between its characters and their community. Excising the patriarchal customs and inhumane practices from Dahomey takes work, but it is only possible because Nanisca, Ghezo, and the Agojie love Dahomey and want to see it thrive no matter what they have to go through 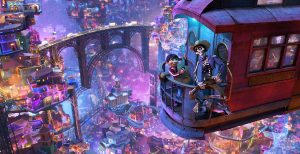 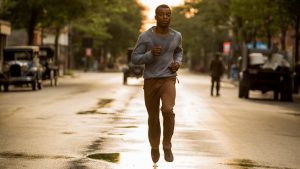