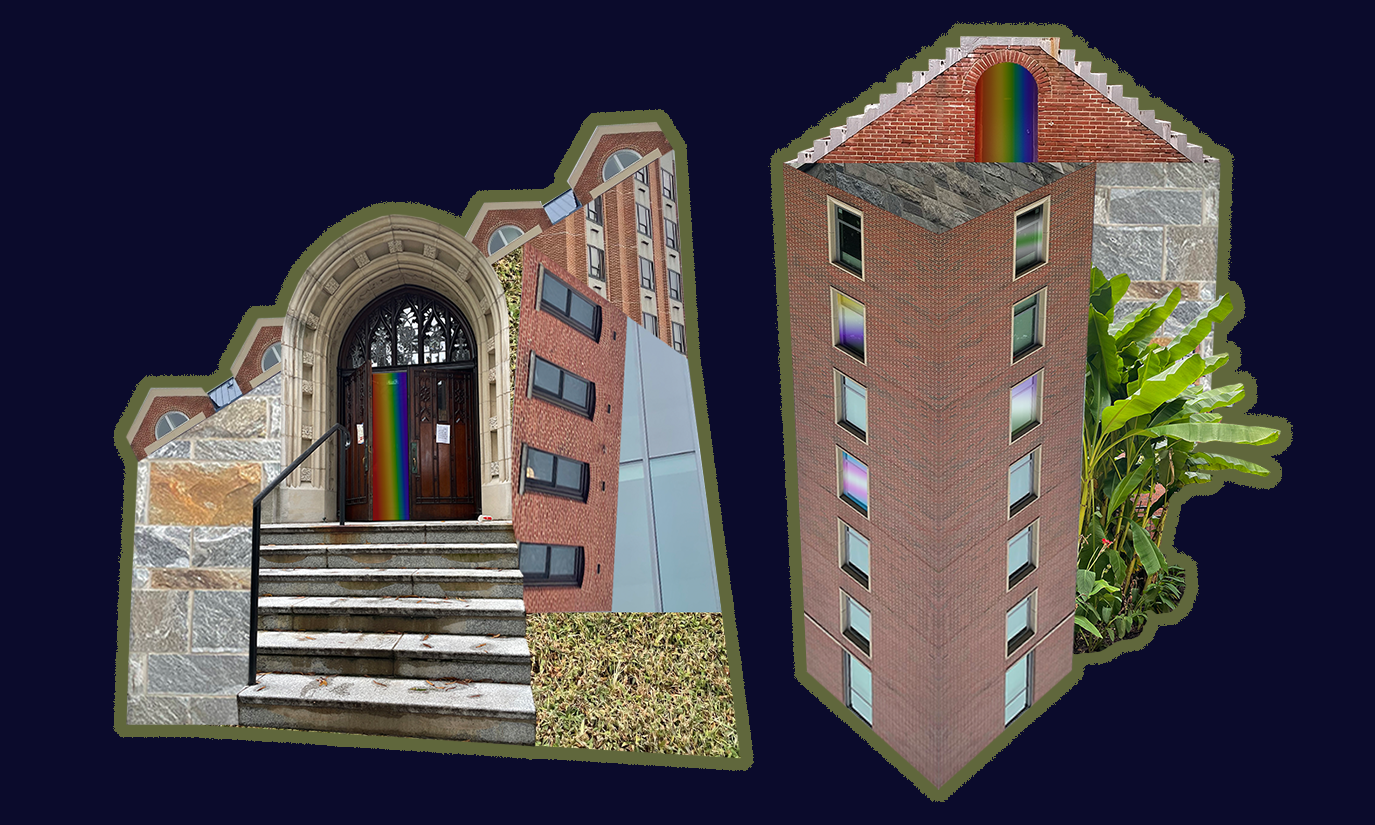 Every Hoya deserves to feel at home on the Hilltop. But for many nonbinary and transgender students at Georgetown, gender-affirming living spaces can be hard to access. As it currently stands, Georgetown’s housing system is archaic, inaccessible, and puts transgender and nonbinary students at risk of physical and emotional harm. If Georgetown wants to be inclusive of all students, the university must adopt gender-inclusive housing policies, allowing students to live with others regardless of sex or gender identity.

For many trans and nonbinary students, college is the first place they can openly express their gender identity. But despite the increased freedom of gender expression that comes with the move to college life and away from one’s family, any trans or nonbinary student can confirm that transphobia remains a problem at Georgetown, even if in more subtle forms.

Broadly speaking, we are a long way from eradicating the discrimination trans and nonbinary students face on campus. It is imperative trans and nonbinary students are provided with the expanded institutional support necessary to flourish, and housing is one university service that has fallen miserably short in this regard. Even a quick look at Georgetown’s housing policies will show that, despite inclusivity making up one of Residential Living’s six core values, they routinely fail to account for LGBTQ+ students.

Perhaps the most blatant failure of Georgetown’s housing policies is the binary choice of gender identity options on the Hoya Housing website: “male” and “female.” Students who do not fit into one of these two categories are thus forced to live in gendered spaces that do not align with their identity. This issue is exacerbated by Georgetown’s lack of gender-inclusive living options, meaning that nonbinary students are not only classified by an inaccurate gender, but are also required to room exclusively with members of that gender for as long as they live on campus. Those incorrectly boxed into a binary may be exposed to increased risk of living with people who may not affirm their gender, which can be dysphoric and deeply hurtful.

Furthermore, trans or nonbinary students face logistical barriers when changing their recorded gender in the system. Students must email Residential Living the request to have their listed gender changed, thrusting them into the realm of complicated Georgetown bureaucracy, instead of making that change themselves.

This requirement also raises privacy questions, as it necessitates a written declaration of one’s trans or nonbinary identity that is not comfortable or safe for all students. Hoya Housing should not place such additional obstacles before students in need of support.

Providing more gender options and changing the self-designation process are simple solutions to these problems, but only a more comprehensive solution—gender-inclusive housing—will make housing safer and more accessible for all.

The basic premise of gender-inclusive housing is that students may live with people of any gender, making students feel more comfortable in their homes by allowing students to live with whoever makes them safest regardless of arbitrary gender binaries. Procedurally, this might involve designating certain floors or dorms as gender-inclusive (not just co-ed), and converting bathrooms to gender-neutral. The housing allocated to gender inclusivity could be evaluated based on interest each year.

Living Learning Communities (LLCs) like Crossroads—organized to promote a better understanding of LGBTQ+ cultures—are also not sufficient proxies for gender-inclusive housing. Crossroads was not explicitly designed as a space for trans or nonbinary students. Moreover, being forced to fill out application questions to receive inclusive equitable housing cannot be the norm. Gender-inclusive housing should be easily accessible.

Gender-inclusive housing will likely also reduce instances of transphobia perpetuated by other students. At a Catholic university where many professors, faculty, and students reinforce—purposefully or not—the gender binary by deadnaming, misgendering, or other active forms of transphobia, gender-inclusive housing is a small but important step toward making the larger institution more gender equitable.

Without gender-inclusive housing, trans students’ roommate options will always include transphobic students. Though we can hope for a world in which any student would be comfortable with and accommodating to a trans roommate, this is not the current reality. Making the housing system gender-inclusive won’t solve transphobia on campus, but it represents an important step towards making campus a safer space for students.

Some have raised the concern that gender-inclusive housing creates dangerous living situations or locks roommates into harmful relationship dynamics. But living with someone will always come with the potential for harmful interpersonal situations. This possible harm, however, is in no way unique to gender-inclusive housing. Interpersonal relationships need not be romantic or sexual to become dangerous. Limiting access to housing that allows trans and nonbinary students to feel safe will not solve the potential for harmful relationship dynamics. Possible solutions include making switching roommates easier and educating students about available resources—avenues worth pursuing regardless of whether or not gender-inclusive housing is introduced.

Gender-inclusive housing is a start, but it is not an end. There must also be an expansion of resources for LGBTQ+ students. For example, Residential Assistants (RAs) should receive more extensive training dedicated to supporting trans and nonbinary students, such as what  trans-inclusive programs might look like and helping trans students work through their housing options. Prioritizing nonbinary and transgender students must encompass more than housing.

At the very least, Georgetown must remove policies that prevent transgender and nonbinary students from living with people and in communities that make them feel safer. But band-aid solutions will only go so far: Providing explicitly gender-inclusive housing is the only sustainable way to make sure students at Georgetown truly achieve safety and belonging.