This time, it really is just a bunch of Hocus Pocus: Hocus Pocus 2 Movie Review 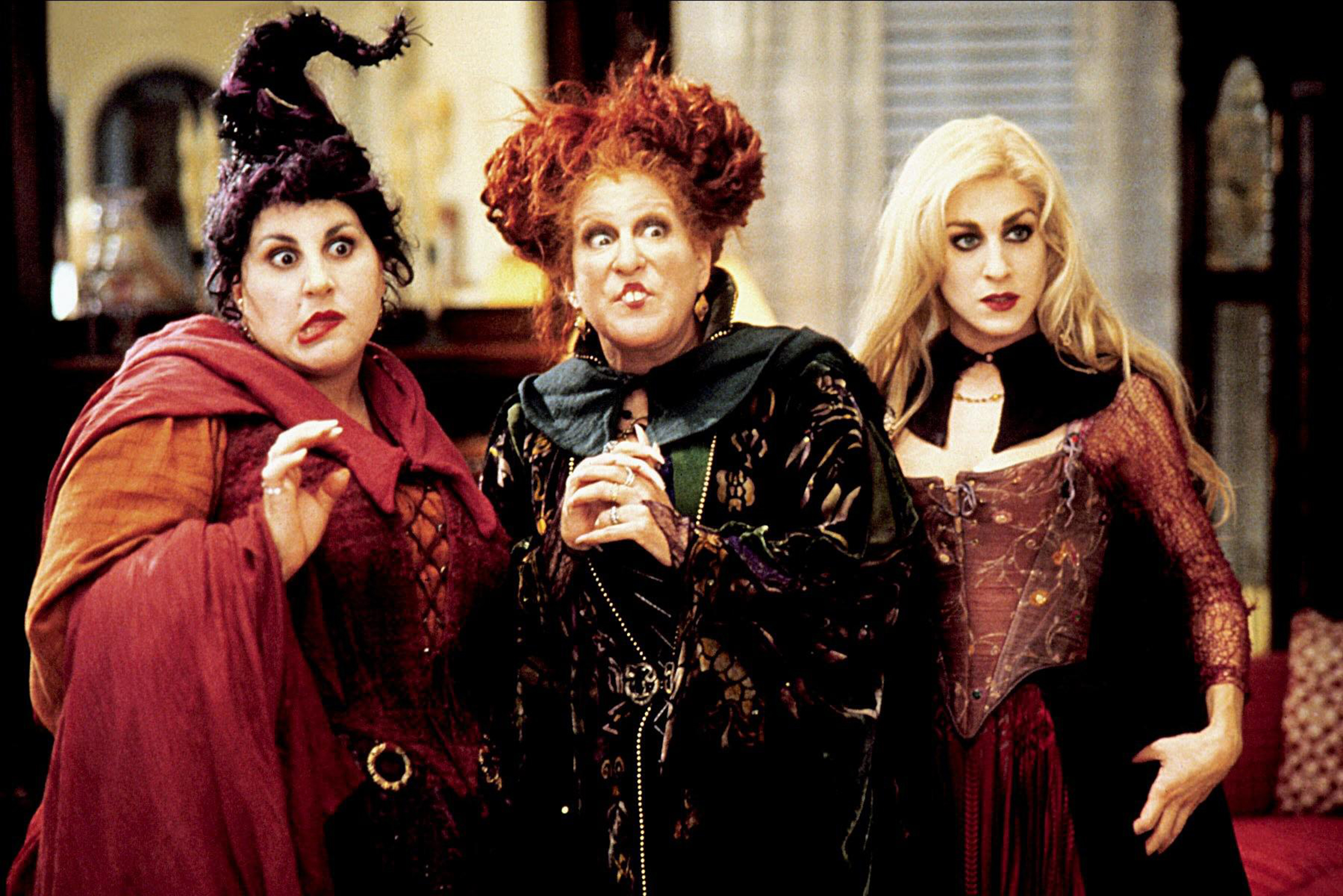 Well, it’s that time of year again: Hocus Pocus season. As Halloween approaches, Hocus Pocus (1993) related toil and trouble of all manner floods the internet and this year has experienced more enthusiasm than ever with the release of the highly anticipated sequel, Hocus Pocus 2 (2022). The sequel brings back the original witches—Winifred, Sarah, and Mary Sanderson—alongside the iconic actresses who play them—Bette Midler, Sarah Jessica Parker, and Kathy Najimy, respectively.

The original movie told the tale of three sisters hanged in Salem, Massachusetts in the seventeenth century for eating the souls of children. Three hundred years later, the witches were brought back to life by a teenage boy, Max Dennison (Omri Katz), in a failed attempt to impress a girl he liked. Throughout the movie, Max and his crush run all over Salem on Halloween night trying to protect his little sister and the other children of Salem from having their souls sucked out by the witches in their attempt to stay young forever.

The plot of the sequel is significantly more complex. Similar to the original, it begins in the seventeenth century, but this time on Winifred Sanderson’s 16th birthday. After she and her sisters are thrown out of Salem due to Winifred’s refusal to marry, they meet an older witch who gives them what would later become Winifred’s beloved spellbook.

The story then jumps to modern day Halloween in Salem where Becca (Whitney Peak), a magic obsessed teen, is turning 16. When Becca and Izzy’s (Belissa Escobedo) friend Cassie (Lila Buckingham) begins spending all her time with her boyfriend, a rift forms in her trio of friends. The old Sanderson House has been transformed into a crystals and witchcraft shop run by the girls’ friend, Gilbert (Sam Richardson), who single-handedly keeps the memory of the Sanderson sisters alive. Just like the beginning of the first movie, when a virgin lights a black flame candle, the sisters return, causing all kinds of chaos on Halloween night. This time, however, the sisters seek to perform the spell Magicae Maxima in order to make themselves incredibly powerful and, of course, young forever. But the three young women are not the only ones being threatened by the witches. The plot thickens as Cassie’s father, a descendant of the Reverend who kicked the Sanderson sisters out of Salem, begins looking for revenge.

The bar for the sequel to this Halloween cult classic was very high. However, considering Disney’s lackluster track record with sequels, the chances of it even coming close to the magic of the original were slim. After seeing the film, it became clear that the sequel does not possess the same charm as the first Hocus Pocus and fails to produce another musical masterpiece like “I Put a Spell On You” by Jalacy Hawkins.

The first sign of trouble was the cringe-worthy acting of the children in the flash back to colonial Salem. Though the young actresses were able to accurately recreate the mannerisms of Midler, Parker, and Najimy, the aggressiveness of their acting was immediately off putting. After this uncompelling beginning, hope was restored as the three younger actresses, Peak, Escobedo, and Buckingham were able to fairly accurately portray the social dynamics of high school; despite Escobedo and Buckingham’s character being boring and one-dimensional. Sam Richardson, on the other hand, perfectly portrayed Gilbert, the quirky adult friend of the protagonists, as a funny and endearing side character.

Unfortunately, as soon as the witches reentered the scene, faith in the quality of the film was shattered. The tone of the movie immediately transformed from somewhat mysterious and intriguing to totally cheesy. It felt as if the audience had exited an actual movie and were now at a revival concert with an elaborate, but entirely unrealistic looking set: all suspension of disbelief was immediately destroyed. The witches enter the screen with a poorly produced, uncatchy, and out of place music number. It seemed as if the movie couldn’t decide whether it wanted to be a drama, a comedy, or a spoof. But, it is important to note it was not the acting that made the opening number ridiculous, it was everything else. In fact, Midler, Parker, and Najimy’s acting was, unsurprisingly, pretty good. The actresses knew, rightfully so, that their presence alone was compelling enough to hold the audience’s attention. Did they give a performance to rival the first one? No, but was it still amazing to see them acting as the Sanderson sisters again? Absolutely.

Unfortunately, the plot continued to deteriorate after the opening number. As tends to be the case with fan service sequels, the plot was made far too complicated in order to make up for the fact there is no more source material to work with. The audience is asked to care about and follow too many subplots, and while all of these subplots eventually converge, the existence of each side character seems completely unnecessary.

In regards to the script, many jokes from the first movie were simply regurgitated with slight updates, and although it was fun to be able to pick out the call back jokes–such as everything related to Billy Butcherson–they were less funny the second time around. In addition to repeated jokes, there were both subtle and overt references to the first movie which were sometimes fun and other times cringe-worthy.

The witches, once again, hijacking a Salem stage in order to enchant the whole town through song was not as iconic the second time around, and honestly, felt forced into the plot. By far the best part of that scene, and maybe the whole movie, was the inclusion of drag queens Ginger Minge, Kornbread Jeté, and Kahmora Hall. Their appearance in the Sanderson sisters costume competition paid homage to the popularity of Hocus Pocus in drag shows and was an exciting reference for anyone who knows the full cultural impact of the movie.

Though Hocus Pocus 2 is blatant fan service, there were some shining moments. Seeing a new coven of young witches emerge was surprisingly exciting and refreshing. It was thrilling to watch Becca discover her powers with the hope of continuing the witching traditions, of course just with fewer children being eaten. Honestly, I would love to watch an entire movie focused on just the newly empowered young women of Salem.

The movie’s attempt to put a feminist twist on the original story also sets it apart from its predecessor. In a clear attempt at virtue signaling, the Sanderson sisters are portrayed as victims of a society that did not like women who refused to sit quietly and obediently rather than outright villains. In doing so, the movie asks the audience to reconsider society’s perception of witches as evil women and to think of them instead as women who were wronged, but then gained power. Though a promising thesis, the movie did not fully commit to the narrative and give the concept the time it deserved. Also, the argument is weakened by the Sandersons very obviously murdering children. It’s kind of a confusing message.

Like Hocus Pocus, this review is a cautionary tale, but don’t let it deter you from experiencing the magic of the Sanderson sisters once again. It’s been nearly 30 years! So, die-hard fans of Hocus Pocus: watch the movie. It will provide a pleasant feeling of nostalgia, so long as audiences remind themselves that nothing can live up to the first movie. For those who are not currently Hocus Pocus connoisseurs, watch for a cute Halloween movie. Happy Halloween!