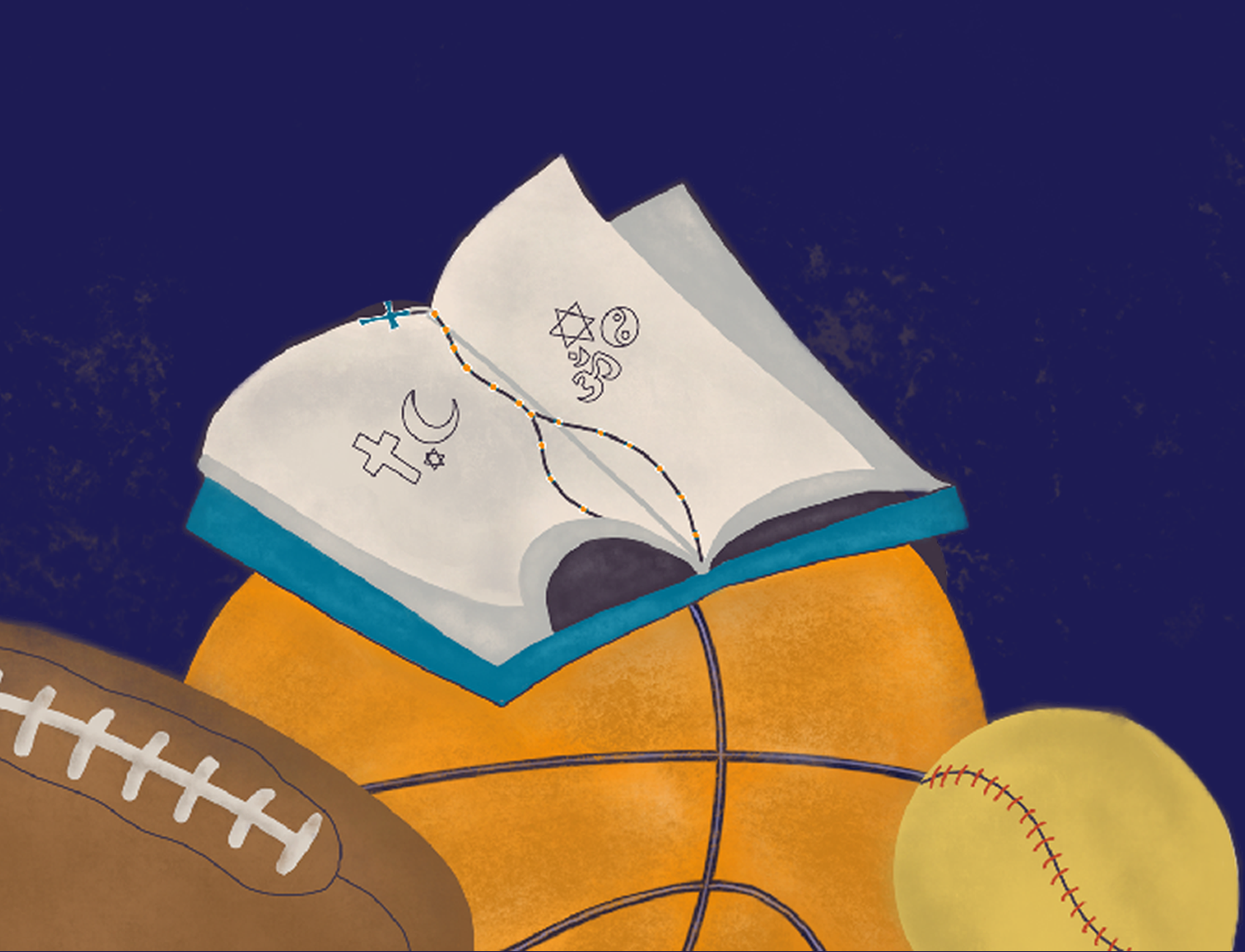 For many of Georgetown’s almost 800 student athletes, athletics are practically a full-time job. While juggling a 40-hour sports schedule, academics, and social life, spiritual well-being can get put on the back burner. For some student athletes, religious traditions and sports complement one another, allowing for a more holistic athletic experience, further spiritual growth, and a deepened sense of community.

“My role is to try to connect student athletes with Campus Ministry and the resources there,” Mazurkiewicz said. He hosts monthly retreats for religious and nonreligious student athletes to reflect and recenter their lives away from campus. He also leads meditation sessions and meets with students individually to mentor them throughout the year. Mazurkiewicz’s goal is to be a resource to students, regardless of whether they share his religious background.

Other Campus Ministry staff also act as resources for student athletes looking for spiritual guidance. Rabbi Daniel Schaefer, who describes himself as a “washed-up big man” on his blog, has written extensively on the commonality between Judaism and basketball.

“One of the interesting parallels I see between religion, all religions, and team sports especially, is that there’s an element of sacrifice and it not being about you,” Schaefer told the Voice. “Being able to do something for the collective is a big value in Judaism and in sports.”

For many athletes, Campus Ministry resources have made a tangible impact in their time at Georgetown. Brittany Lew (COL ’23), a senior second baseman on the women’s softball team, is especially grateful for Mazurkiewicz’s support during a difficult time in her life. “He helped me make sense of all the loss I was feeling, and for that, I will always be grateful,” she said.

Lew is also the outreach chair for Georgetown Christian Athletes (GUCA), a club that helps Christian varsity and club athletes on Georgetown’s 30 Division I sports teams to connect with one another.

“The community I found with GUCA is one in which athletes come together and share their struggles and accomplishments. We hold each other accountable in our faith and challenge each other to be the best version of ourselves,” she said. “It is my main faith community on campus and I am so grateful for it.”

Each week, GUCA students gather and hear from speakers who share about their faith, offer words of encouragement, and share messages of wisdom. GUCA also hosts bonding activities throughout the semester, including a Thanksgiving potluck and Christmas party.

It’s important to note these support groups are not always accessible to Georgetown’s busiest athletes. Mazurkiewicz cited time constraints as the biggest barrier to student athletes’ participation in religious activities. “It’s a full-time job,” he said. “It’s 40-plus hours depending on if they’re in-season or out of season.”

Nevertheless, many student athletes still choose to devote their spare time to religious groups. For Georgetown men’s soccer defender Dominic De Almeida (COL ’24), it’s about being connected after the pandemic. “The most helpful thing is just finding a sense of community in person. I haven’t really found a church here that I can go to every week, so I resort to watching my home church online,” De Almeida said. “[On campus we have] believers who believe the same things as you and are also going through the same things as you.”

Senior offensive lineman Sam Telesa (COL ’23) expressed similar sentiments about religion  acting as a community builder. His role as the football team’s chapel leader has allowed him to connect others on the football team with Georgetown’s religious resources. “[My faith has] been influential not only in my own life but in the lives of my teammates,” Telesa said.

Telesa added that a struggle religious athletes must contend with arises when his perceptions of Christians and athletes come into conflict with one another. “You know, as a Christian, you’re supposed to exemplify the traits and characteristics of Jesus Christ,” Telesa said. “Jesus Christ wasn’t someone who was aggressive, someone who was foaming at the mouth for violence, as the stigma for football players might be.”

Student athletes outside of Judeo-Christian religious traditions face unique pressures navigating a sociopolitical context where religious discrimination is not uncommon. Former Hoya men’s basketball player Ömer Yurtseven—now a center for the Miami Heat—transferred to Georgetown from NC State in his senior year, seeking both professional development and an atmosphere that was more tolerant of him as a practicing Muslim. In a 2018 Voice interview, Yurtseven cited a “few events”—perhaps referring to a spate of Islamophobic events in the Raleigh area—as influential in his decision to transfer away. “Knowing that a place respects my religion is definitely important,” he told us then. Georgetown’s Muslim chaplain, Imam Yahya Hendi, could not be reached for comment in time for publication.

For some, staying devoted to one’s religion can help navigate serious injuries and cope with the physical trauma or isolation that comes from sitting out games or seasons.

“Throughout my career, I’ve suffered various injuries, from broken fingers to concussions,” Lew said. “Looking back, they strengthen my faith greatly by changing my mindset to see that there is a plan for everything—no matter the setback.”

De Almeida also recounted how, for him, religion and sports work in tandem, rather than in opposition. “For me, everything revolves around my faith,” he said.

Legendary men’s basketball coach John Thompson left his mark on the Hilltop by pushing his players to find purpose and meaning beyond the athletic arena, telling them, “Don’t let the sum total of your existence be eight to ten pounds of air.” For some of Georgetown’s student athletes, religious practice and faith traditions provide this meaning in the midst of the ups and downs of playing for the Blue & Gray. 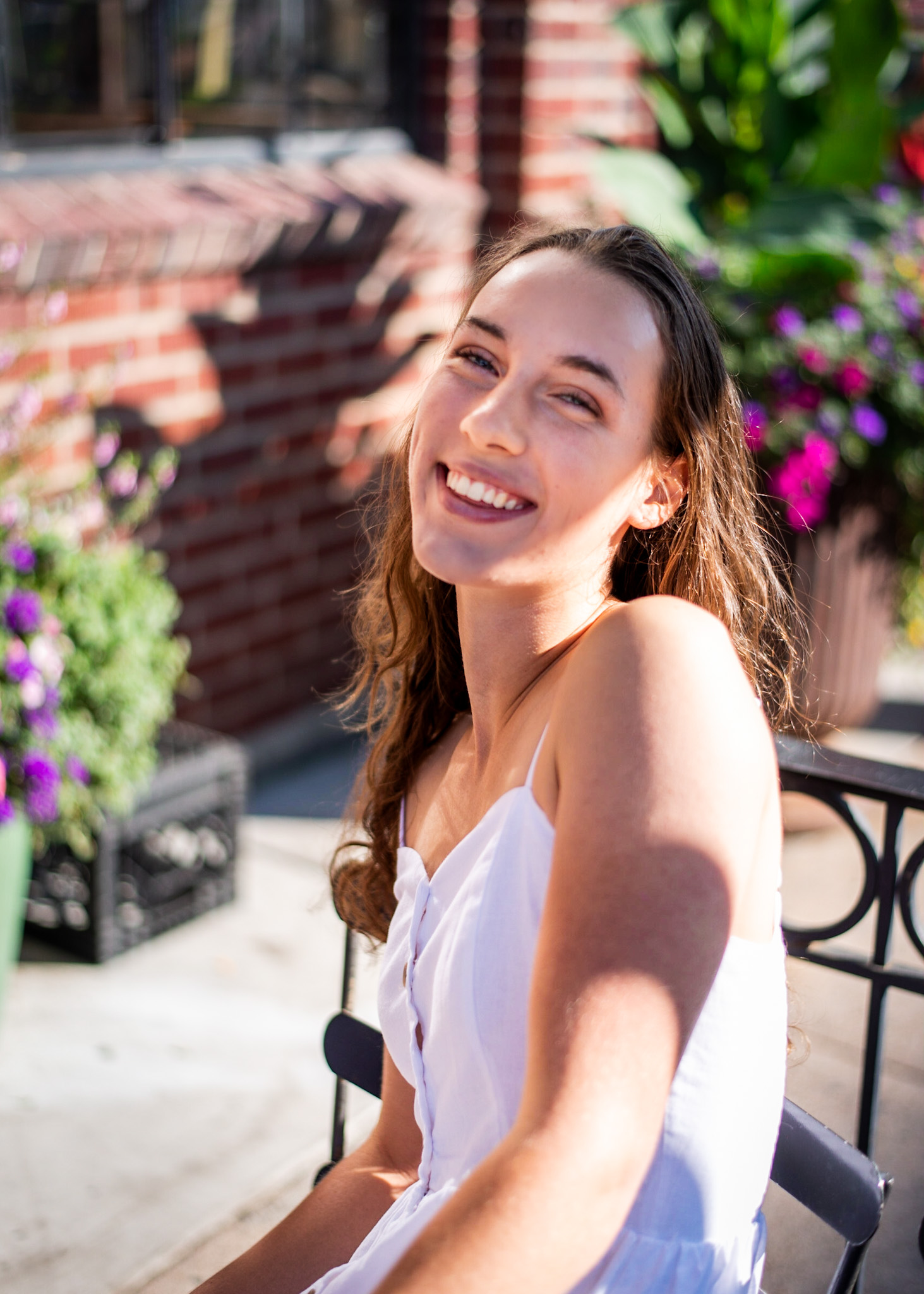