A father and daughter spend their holiday swimming in the sea, lying in the sun, and documenting their days on a Digital8 camcorder. Twenty years later, the daughter is faced with the bittersweet nostalgia of their vacation. In Charlotte Wells’ devastating directorial debut, the lines between dream, memory, and reality are blurred.

Partially set in the ’90s, 11-year-old Sophie (Frankie Corio) is on vacation in Turkey with her father, Calum (Paul Mescal). The film flickers back and forth between the holiday flashbacks and present-day Sophie (Celia Rowlson-Hall), now an adult. Through the shaky lens of the camcorder, we watch Sophie’s memories—some real, some imagined—as she seeks to understand the father she never fully knew.

The film opens with the click and whirr of a VHS tape going into a TV. When the grainy footage comes to life, we see a young Sophie filming her father on the cusp of his 32nd birthday. She asks him, “When you were 11, what did you think you’d be doing now?” The video freezes, and in the brief pause, we catch a glimpse of someone’s reflection on the screen. The film returns to Sophie’s question, but now, the mood shifts. The balmy summer air becomes slightly suffocating, and Calum tells his daughter to stop recording.

Calum is a young dad, often mistaken for Sophie’s older brother. He’s fun, easy-going, and likes to embarrass his daughter with his bad dance moves. Underneath the breezy exterior, there’s a certain darkness to Calum. When his daughter is asleep, Calum slips out to the balcony to smoke a cigarette, ruminating in the dark. In another scene, he sits naked on a bed at night, heaving with sobs. He lays down at the rug merchant’s store, seemingly overcome with a sudden existential dread. There are hints of financial strain and flashes of self-loathing in his desperation to give Sophie the “perfect” vacation. The film softly gestures towards Calum’s apparent depression, but his character is never fully fleshed out. We only see him through the eyes of his daughter and whatever heaviness is weighing on Calum, it’s something a child cannot fully comprehend.

As Calum’s sadness simmers under the surface, Sophie stands on the edge of adolescence. Strong-willed and scrappy, she watches the older teenagers at the hotel play pool and flirt. While Calum drunkenly stumbles into the crashing waves of the Black Sea, Sophie has her first kiss. The film is deftly attentive to the nuances of growing up, offering an honest glimpse into that awkward age. In many ways, the pair are each confronted by what looms ahead. As Sophie grapples with growing pains, Calum becomes increasingly burdened by the inevitable marching of time.

Anchored entirely by its two main characters, Aftersun is brought to life by Paul Mescal and Frankie Corio. Mescal, of Normal People fame (and who recently went viral for his rumored engagement to Phoebe Bridgers), plays Calum with a grounded authenticity. He delicately balances Calum’s inner turmoil with the boyish playfulness and warmth he presents to Sophie. Newcomer Corio acts with incredible honesty and wit. Fostered by Wells’ brilliant script, Mescal and Corio settle into an effortless rapport; their father-daughter dynamic is never forced or overplayed.

After premiering to rave reviews at the Cannes Film Festival, Aftersun is likely to be a major front-runner in the upcoming awards season. The A24 film is already sweeping the 2022 British Independent Film Awards, with 16 nominations, including Best Film and Best Director. Produced by Barry Jenkins, the director of 2016 Oscars Best Picture-winning Moonlight, Aftersun is imbued with the same seaside melancholy. Cinematographer Gregory Orke creates a sun-drenched, dreamlike world where the past bleeds into the present.

Perhaps the haunting beauty of Aftersun lies in how closely the film resembles Wells’ own life. Her father died when she was just 16 years old. In her A24 note to viewers, Wells encloses photographs of her father and her on vacation in Turkey at nearly the same ages as Calum and Sophie. Complete with goofy grins and tropical cocktails, they bear an uncanny resemblance to Mescal and Corio. In the film, we don’t know what happens to Calum in the future, but it’s implied that this vacation is the last time Sophie ever sees her father.

In the film’s final act, we learn that the reflection in the TV screen belongs to a grown-up Sophie. On her 32nd birthday, she wakes up to the cries of a baby. Sophie is now a parent and the same age as Calum during their vacation, now two decades ago. Suddenly, the camera cuts to a crowded dark room with headache-inducing strobe lights. We see Calum, dazed and dancing in slow motion, while Sophie desperately tries to reach him. For a glorious, fleeting moment, they are in each other’s arms.

All too soon, the film flashes to an airport’s departure terminal. We see the shaky camcorder footage of Calum filming his goodbye to his daughter. Their holiday has reached its inevitable end, and it’s time for Calum to leave. We’re back in the dark room, except now, it’s empty. Calum tucks the camcorder into his backpack and walks into the darkness.

The final scene perfectly encapsulates Aftersun’s three worlds: reminiscence of the past, the harsh reality of the present, and the imagined realm where Sophie and Calum can meet again. The film’s retrospective framework becomes clearer as the story progresses, and Wells’ bold decision to defy a traditionally linear narrative structure pays off tremendously. Deftly constructed, the interspersed scenes evoke the episodic nature of memory and leave the audience to fill in the blanks.

As Sophie becomes a parent herself, we see a daughter outgrow her father. Yet, after all these years, she is still grasping for the pieces to puzzle out the enigma of her father. But can we ever truly know our parents? At the heart of this story lies a universal experience: reconciling our childhood impression of our parents with the reality of their personhood. In an astounding debut, Wells has already proven herself a master of her craft. The film is poignant, intimate, and quietly profound. In Aftersun, memories are hazy, frayed at the edges. Wells describes it best herself: “The more you strain, the less you see.” 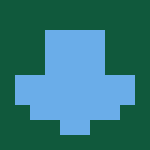 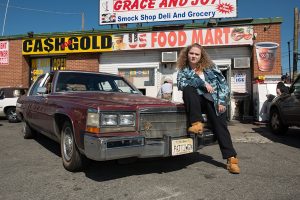 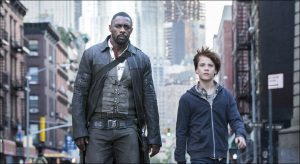 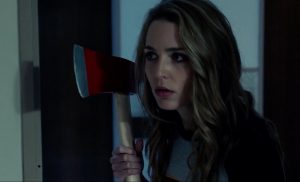