Two-time “Jeopardy!” champion Patrick Curran (CAS ’14, MPP ’19) lost his winning streak on Jan. 9 to newcomer Connor Sears, ultimately taking second place in his final game on the show. Curran, a Georgetown alum who returned to the Hilltop for a masters degree, said that his journey from “Jeopardy!” fan to winning contestant was influenced by his time at Georgetown.

Curran was a faithful “Jeopardy!” viewer for years, even making several attempts during his college years to pass the several rounds of testing required for admittance into the competitive show.

“When I was in school, I would take the college ‘Jeopardy!’ test and, you know, even the adult one at that point. So I’ve taken the test, I think probably at least five or six times, maybe more,” he said in an interview with the Voice.

Curran’s ambition, and eventually his success, stemmed from growing up in a household of avid “Jeopardy!” watchers. He had hoped to compete on the iconic trivia show for years before earning the chance to participate in the Jan. 5 episode, sharing that it was a surreal experience for him to not once, but twice, earn the title of “‘Jeopardy!’ champion.”

“It was an awesome feeling. I mean, when they zoom in on your face and say, ‘today’s champion’, that’s pretty cool, especially when you’ve been interested in the show as long as I have.”

Following Curran’s two nights of winning, Sears, a New York-raised copy editor, secured his victory over the Vermont native after taking the game’s second Daily Double—a hidden bonus that doubles the points at stake that round. Although disappointed that his time on the show had abruptly ended with his loss to Sears, Curran shared that he regretted nothing about the opportunity to fulfill his long-time dream of participating in “Jeopardy!.”

“So I’m generally happy with the way I played and the way I prepared and everything,” Curran said. “You know, sometimes you just run into a tough player and don’t get lucky and that’s all it is.”

Curran, who currently works as a consultant at the LMI consulting firm in D.C., said that he has no immediate plans to compete further on any other trivia shows. However, he also admitted that he would not be opposed to exploring this possibility in the future.

Curran, a proud Hoya, attributed some of his success in “Jeopardy!” to the academic and interpersonal experiences he gained during his undergraduate and graduate terms at Georgetown University.

“[Georgetown] attracts a lot of people who aren’t just smart, but who really care about the world, who are well-rounded and interesting and want to go make the world a better place with whatever talents they have,” he said. “A lot of people I’m really proud to know and a lot of experiences that I’m very lucky to have.”

He added that his time as a student journalist at Georgetown, while writing for The Hoya, helped to imbue him with knowledge and experiences he may have otherwise never had the opportunity to encounter.

“I think being involved in journalism or attached to the journalism world in some way is a really good way to not just get good at trivia, but learn a lot more about the world around you than you might otherwise,” Curran said. “There’s plenty of things that I know that there’s no way I would have known except that, you know, I came across an interesting story about some strange topic.”

Upon reflection, Curran also advised Hoyas to do their own share of exploring new avenues throughout their time at Georgetown and beyond, as he believes that this willingness to try new things was a key part of his success in achieving his dream.

“Go beyond your comfort zones,” Curran said. “Go meet new people and talk to people that you never would think to talk to before.” 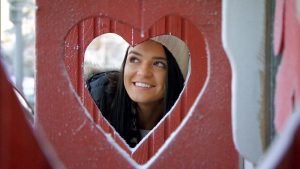