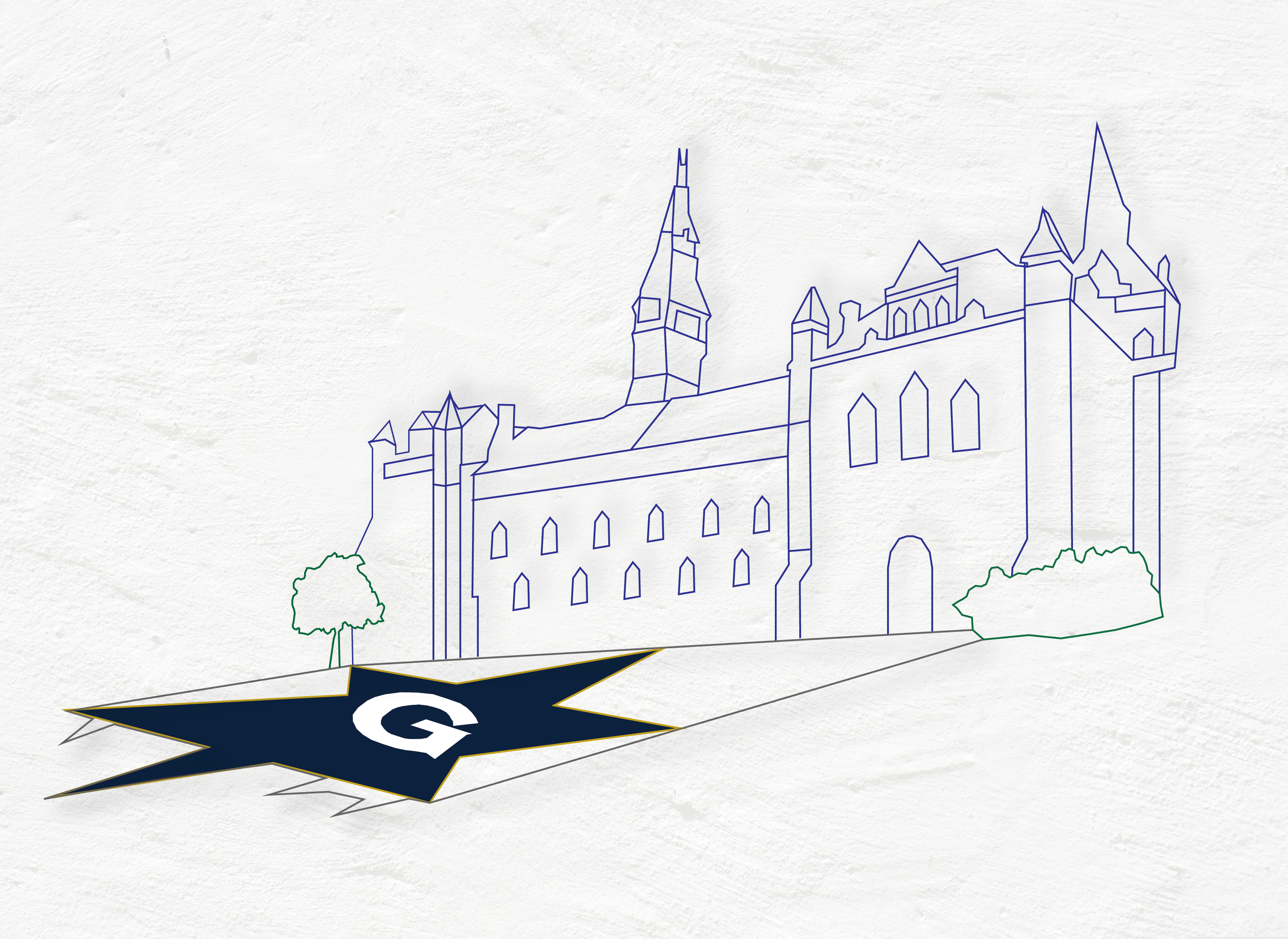 Jo Matta (CAS ’23) was running home before Rangila when she noticed a stack of newspapers on the floor of Walsh. Despite being in a rush, an image featured on the papers caused her to double back.

“All of the newspapers were face up with a picture of Adolf Hitler on the ground,” she said.

“I was definitely shocked and definitely upset,” Matta said. To prevent others from seeing the pamphlets and feeling the same, she collected the pamphlets from the doorsteps of the townhouses on 36th Street on her way from Walsh to Gaston Hall. Walking on just this short stretch, Matta found nearly 25 pamphlets.

Unknown perpetrators distributed at least 75 antisemitic and racist pamphlets to nearly 40 student residences near and around campus, including Bayit, the Jewish Living Learning Community, on Nov. 18. The pamphlets were attributed to the David Horowitz Freedom Center, an organization that the Southern Poverty Law Center (SPLC) characterized as anti-Muslim, anti-immigrant, and anti-Black.

These pamphlets, in addition to labeling Georgetown as “the most fascist” campus in America, make comparisons between the Nazi regime and the resignation of Ilya Shapiro, a Georgetown Law professor who posted several racist tweets about Supreme Court Justice Ketanji Brown Jackson prior to Jackson’s confirmation. Shapiro was temporarily placed on administrative leave pending an internal investigation, and although he was eventually reinstated, he resigned.

David Horowitz, the David Horowitz Freedom Center’s titular founder, was called “the godfather of the modern anti-Muslim movement” by the SPLC and often made racist and Islamophobic remarks at conferences and seminars. According to its mission statement, the center protects “students from indoctrination and intimidation.”

Julien Fagel (SFS ’25) first encountered the pamphlets when they were scattered on the ground outside of Healy Hall. When Fagel went back to his room in Bayit, he found a stack of pamphlets by the entrance of Bayit, where about 25 Hoyas live and a Star of David is visible through the doors.

“For me, it was kind of the last straw,” Fagel said. After collecting nearly 50 pamphlets, he took them to his dorm and tore them up.

The placement of the pamphlets near Bayit worried and scared students. “I think the implication of sliding it under the Bayit door is: Jews, you should care about this extra because it’s just like what you experienced,” Yana Gitelman (SFS ’25), a Bayit resident and Campus Ministry employee, said. “This person doesn’t seem very fond of Jewish people, and they know where the concentrated community of Jewish people live.”

Several residents of Bayit expressed frustration that there was no university or community response. “When it comes to speaking out, it’s largely contained within, amongst, or between Jewish students,” Gitelman said. “There’s a stereotype of like, ‘complaining Jew,’ or ‘Jews playing victim,’ which really contributes to people not wanting to hear about it or talk about it.”

The incident was not the only recent example of antisemitic hatred on campus. Three days later, on Nov. 21, several Georgetown community members filed a report to GUPD about a painted swastika on the pavement by Reservoir Road and 38th Street. Rosemary Kilkenny, the vice president for Institutional Diversity and Equity, and Jay Gruber, the chief of police, sent a campuswide email condemning the incident. “We strongly condemn antisemitism in all its forms, and this act of hatred has no place in our community,” they wrote on the same day.

Some Jewish students expressed confusion and anger as to which campus incidents warrant condemnation. According to Fagel, the decision to condemn antisemitism is less difficult when signals of hate are more recognizable. “When it’s not explicit—when it’s not a swastika painted on the wall or ‘I hate Jews’ spelled out—[the university is] scared of backlash,” Fagel said. “It’s not [as] easy to speak out about.”

The university has condemned previous instances of antisemitism—namely painted swastikas. In 2017, several swastikas were painted on a variety of campus locations, including in LXR and VCW, following the Jewish holiday of Rosh Hashanah. According to the Anti-Defamation League, there was a 34 percent increase in nationwide antisemitic incidents from 2021 to 2022, the highest of any year since 1979.

“We stand together with our Jewish community and its allies,” a university spokesperson wrote in an email to the Voice addressing the antisemitic pamphlets and Georgetown’s response.

Other students noted that this incident reflects the university’s inconsistent stance when responding to hate speech. “A big conversation around campus right now, especially with the sit-in in Healy Hall, is about conversations about hate speech,” Matta said. “There doesn’t seem to be a clear line about when they respond and when they don’t, or when they send out a campuswide message or don’t.”

A spokesperson noted that the university sends a campuswide email when a hate crime is committed on campus or on public property adjacent to campus. But Jewish students remain concerned about their safety on campus.

“It makes me wonder how many incidents of hate speech are happening around campus that we’re not hearing about or that people aren’t facing repercussions for,” Matta added. 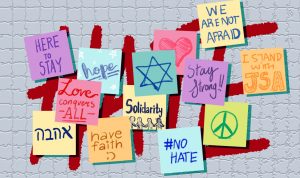 Sadly, it has always been thus. One of my best friends to this day, had a Swastika drawn on his freshman room door in Harbin, by his roommate. My friend is Jewish, his roommate was of Arab descent. My friend took the matter to the powers that be and was told that Georgetown didn’t recognize religious issues when it came to housing and the best offer they could make was to have him move out of his cluster in Harbin and away from the circle of friends he had made. That was the fall of 1989. It probably helped motivate Georgetown administration that the roommate was from a large donor family…we all know how Georgetown is run.