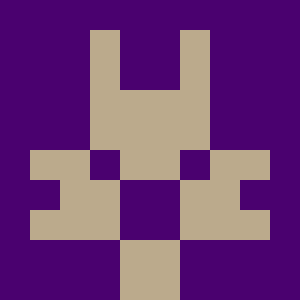 Backdoor Cuts: The tourney before the tourney

When I discovered that Georgetown’s spring break—a vacation I’d be spending at home with my parents as my main social contacts—would coincide with this year’s NCAA conference tournament week, I knew it was inevitable: I would be spending serious time in front of the TV.

Amid controversy over whether United Feminists should lose its access to University benefits for partnering with H*yas for Choice in the Plan A: Hoyas for Reproductive Justice campaign, Center for Student Programs Director Erika Cohen-Derr said that the University will not stop funding the group. Plan A’s demands, which include access to material resources such as condoms and rape kits at GU Hospital, comprehensive sex education, and free speech and open dialogue, were outlined in an open letter to President John DeGioia.

Philly Pizza & Grill is continuing to operate despite a notice to vacate the premises issued by the District’s Department of Consumer and Regulatory Affairs on February 19. In the notice, the DCRA said that if the restaurant did not immediately cease operations, it would request that the D.C. Attorney General’s office seek emergency injunction relief on or after February 22.

Wednesday at 1 p.m., two girls took turns reading aloud descriptive passages about the clitoris in Red Square, attracting the attention of students on their way to class. One of the passers-by included a bewildered Chris Wright (MSB ’11), who stopped to watch for a brief moment then asked his friend and teammate on the Georgetown basketball team, Jason Clark (COL ’12), “Am I hearing right?”

On Sunday afternoon, a man unaffiliated with the University fell off the Leavey Center bridge, after allegedly shoplifting textbooks from the University bookstore. According to Joseph Smith, associate director for the Department of Public Safety, the suspect had shoplifted two textbooks, each valued at $177. Smith said he dropped a duffel bag containing the textbooks over the side of the bridge before climbing over the bridge wall. The suspect did not attempt to jump directly off the bridge, but rather tried unsuccessfully to climb down it before falling.

No end in sight for the floundering “War on Terror”

With General David Petraeus, the architect of the surge in Iraq, speaking in Gaston Hall today, questions about the rise of American militarism and misguided nation-building projects loom larger than ever. In replicating the Patraeus strategy in Afghanistan, Obama ignored the lessons of history, the advice of foreign policy experts, and the views of the many Americans and Afghans who are tired of war and foreign intervention. Instead, our president urged U.S. forces to intensify their efforts in Afghanistan as a necessary step in the vague and unending “War on Terror.”

The D.C. Council passed a bill legalizing same-sex marriage this Tuesday, despite threats from the Catholic Church that it would terminate all social services contracts with the city if the... Read more