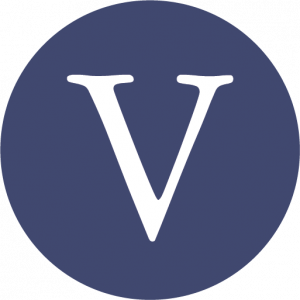 The Editorial Board is the official opinion of the Georgetown Voice. Its current composition can be found on the masthead.

Sex happens—even at Georgetown, contrary to what the University’s glaring lack of sexual health services might lead you to to believe.

If you were a Jew who had a test scheduled last Friday, what could you do? What if you are a Muslim with a midterm on the first night of Ramadan?

It’s a frustrating and all-too-common experience at Georgetown. You check your e-mail to find that a world-famous dignitary will be speaking in Gaston Hall, and you have the opportunity to... Read more

In the wake of the increasing trend of violence occurring in and around campus, there must be a reevaluation of security administration and Department of Public Safety officer protocol. After... Read more

The Funny Third: Hooray for alcohol

Arriving at Georgetown as a freshman is incredibly hectic. That’s why you should drink as much as possible. After all, what doesn’t kill you only makes you stronger. And if... Read more

You can’t spell rancor without ANC

It seems that Georgetown residents would rather see their young neighbors dead than with red cups in hand. They have rallied for an increase in the number of Quality of... Read more

A flood of opportunities

With the one-year anniversary of Katrina having come and gone, it is easy to find commemorative photo galleries and speeches urging us to remember the disaster. If you go to... Read more

The Internet is not a dump truck—it’s a series of tubes. At least, that’s how Senator Ted Stevens (R-AL) explained it this summer. While Stevens may have the technical expertise... Read more

Hoyas sell out to The (fresh)Man

Picture thousands of young people, all scrambling for a few golden tickets that will give them admission to the most fabulous spectacle in town, only to be shut out when the tickets are given to the kids who deserve them the least. You’re probably thinking of the wrong round orange objects—we’re talking basketballs, not Oompa-Loompa’s, and the most fabulous spectacle in this town doesn’t reside in Willy Wonka’s Chocolate Factory, but rather the Verizon Center.

By the Editorial Board September 7, 2006

Whither did thou wander, Wi-Fi?

It’s the night your English final paper is due and you find yourself pacing the floors of Lauinger library searching for that one mysterious spot where wireless Internet might work. From cubicle to cubicle you hike, stop and check your connection. Nothing. It’s problems like this that make schoolwork unnecessarily difficult for Georgetown students struggling to get by on a campus that is a long way from being wireless, but which must become so to remain competitive.

By the Editorial Board September 7, 2006